AMERICAN FORK, Utah - Police are investigating after a memorial for a fallen officer was vandalized in Robinson Park in American Fork.

Police said it appears someone smashed the granite face of the memorial for Sgt. Cory Wride, a member of the Utah County Sheriff's Office who was killed in the line of duty on January 30th, 2014.

Small footprints are meant to guide little ones to two photos on the memorial; one of him as a little boy, the other, as an adult, wearing his uniform.

“I want every little kid to have a police man as a hero and know that they can be one too. They don’t have to be a superhero like Thor. They can be a real hero!” said Nannette Wride, Sgt. Wride’s wife.

Nannette was heartbroken to learn someone has damaged the memorial. She showed FOX 13 where vandals smashed the granite memorial, leaving behind several noticeable cracks. 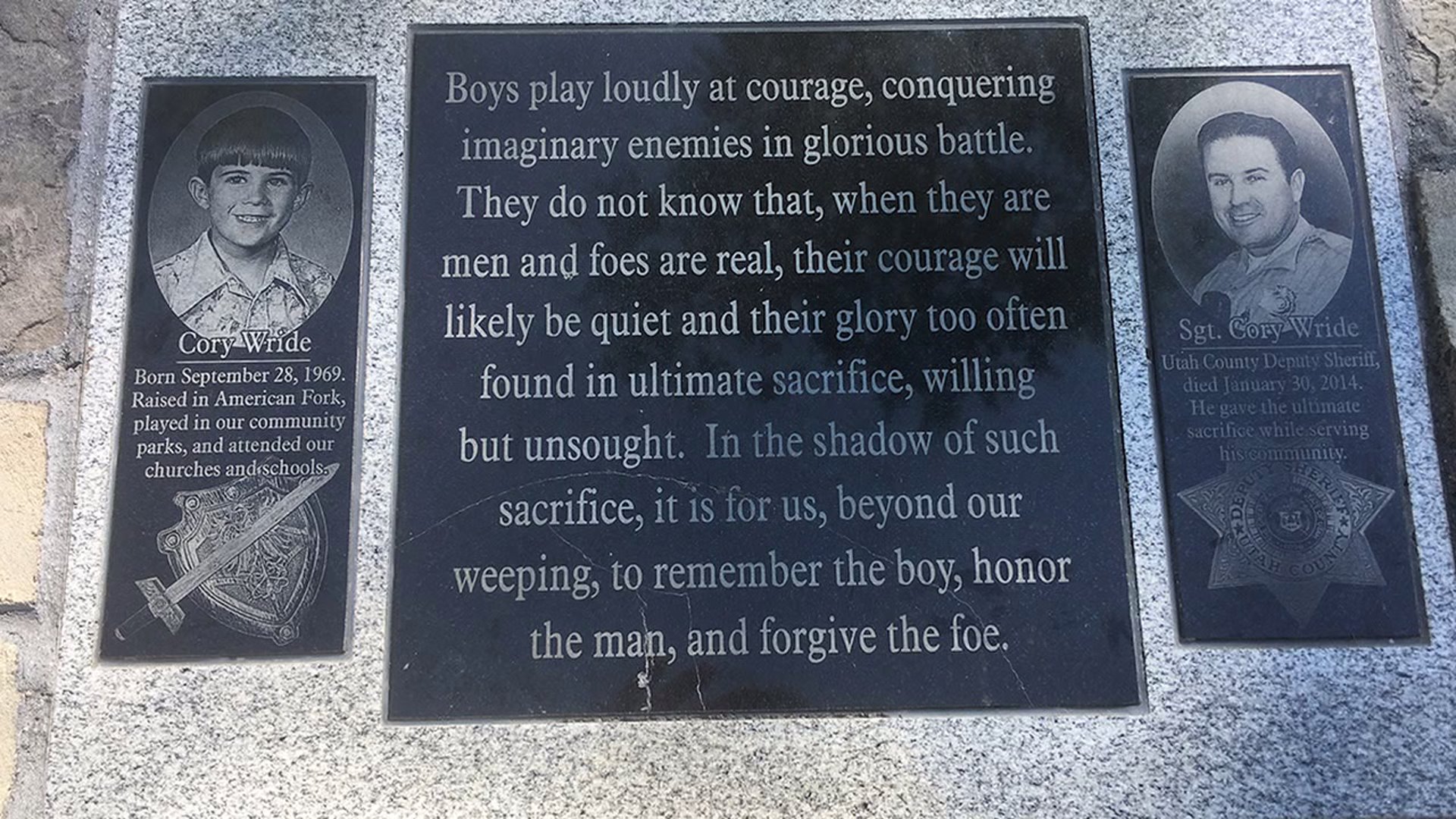 Cory’s father called police after noticing the damage over the weekend.

“It made me feel really, really sad and vulnerable that someone would do something like that,” Nannette Wride said.

Police believe this was no accident. It will cost $500 to repair the damage. On Tuesday afternoon, the American Fork Police Department announced they received a private donation that will cover the cost of the repairs.

In the meantime, they’re using all their resources to track down the person responsible.

“For his father to come here to look at the memorial, and see the damage that’s been done, I can’t imagine as a father coming to see that,” said Lt. Sam Liddiard with the American Fork Police Department. “This is one of us. Even though he worked for the sheriff’s department, law enforcement is a very tight knit family."

For Wride’s family, the news hits them at a difficult time. On Wednesday, they'll be celebrating what would have been his 47th birthday.

Authorities would like to speak with anyone who has information about the damage at (801) 763-3020.