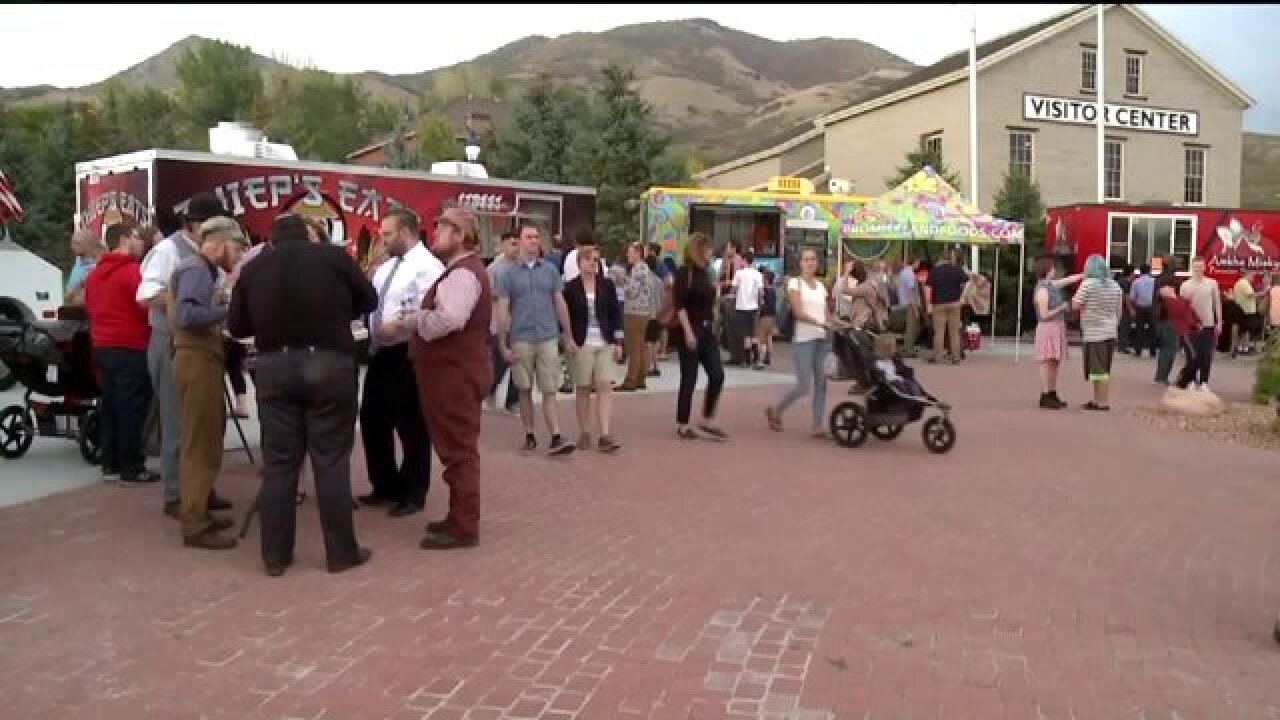 SALT LAKE CITY -- Food truck operators in Salt Lake County say there should be fewer hoops for food trucks to jump through before they can do business, and hundreds of people attended a rally in support of that goal Wednesday.

Wednesday's "Rally for Food Truck Freedom" featured food and music, but it also carried a political undertone. The Libertas Institute plans to take the issue to the State Capitol early next year.

Wednesday evening, many people flocked to the Promiseland, for funnel cakes.

"Strawberries and cream!" One worker yelled, as he served up an order.

This isn't you're average food truck. The workers are here to overcome.

"People who have been in and out of jail, maybe they've been homeless, maybe they've struggled with drug addiction," explained Dominique Tecklenburg.

One person in the program said he's learning life skills, and how to get back on his feet.

"We can go reintegrate with our families, reintegrate, get a normal job," he said.

But this truck also faces a different kind of adversity.

"If there are... still all these regulations," Tecklenburg said, "It's basically impossible at this point."

The Food Truck League explained what she meant.

"Every city has it's own set of regulations and rules," Food Truck League general manager Taylor Harris said. Food trucks must follow those rules in each city they serve up eats.

That means health inspections, business licenses, codes-- all separate, for each city and county.

"It's not that any one city is unreasonable, it's just that you times that by thirty, and it starts really multiplying," Harris said.

Chow truck's been jumping through the hoops for several years.

"There are a few cities that we actively avoid just because it's expensive to get a business license there," owner Jay Looney said.

A bill's being served up in the next legislative session.

Connor Boyack with the group behind the bill, Libertas Institute, explained that it'll streamline the process by requiring food trucks to get one license in their city of origin. That permit would be recognized wherever they travel to.

"One inspection, one process, one fee recognized everywhere else," Boyack said.

Both Chow and Promiseland agreed the changes would help, so they can focus on their menus rather than a smorgasbord of rules to follow.