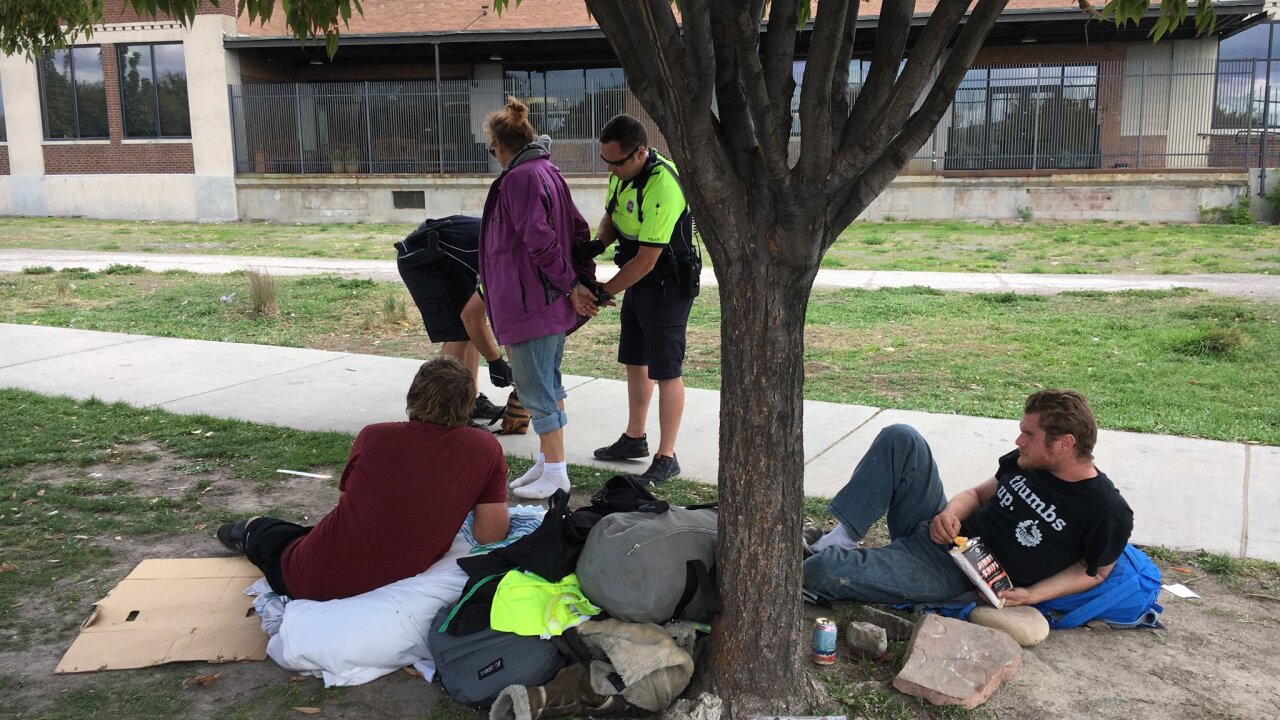 A woman is taken into custody on 500 West in the Rio Grande neighborhood as part of a crackdown by Salt Lake City. (Photo by Ben Winslow, FOX 13 News)

SALT LAKE CITY -- Solving the growing criminal problem in Salt Lake City’s Rio Grande area has long been overdue. Now the city, social services and law enforcement say they have developed a solution to break down the issues there.

“The reason [for the plan] is the recognition of a crisis” said Jim Winder, Salt Lake County Sheriff. “We've been receiving communication from our citizens for the past many months demanding action.”

They are working to separate the criminals, like the drug dealers, from the addicts. Law enforcement does not want to arrest everyone connected to drug activity there and throw them in jail. At the jail, overcrowding is another big issue that’s been building up for years.

In March, Sheriff Winder said his answer to that problem was to stop arresting people. Now, that answer coincides with the plan from the city, county and local law enforcement when it comes to the Rio Grande area. The goal is not to arrest everyone, but rather get some folks into treatment.

“Those who are buying drugs because of mental illness, we need to get them into treatment,” Salt Lake County Mayor Ben McAdams said.

Winder and McAdams said it is not hard to identify who needs help. The current proposal is to build four smaller shelters with 150 beds apiece. Each would be catered to different individual's needs, including but not limited to a women's shelter and shelters specializing in veteran’s needs, mental health and drug treatment.

“What we are trying to do is to ensure that those who need services, whether this location or locations that are identified in the future, that they can go over and receive them legitimately and safely,” Winder said.

McAdams said the plan will also reduce costs for taxpayers.

“We are trying to separate vulnerable people in crisis who need help, and it's cheaper to get them help than it is to put them in jail,” he said.

The Road Home shelter has 900 beds, and the mayor said that does not include integrated services like the new smaller shelters will have available. The four new shelter locations should be finalized before 2017.