FARMINGTON, Utah -- Between the years of 1967 and 2010, hundreds of thousands of people passed by a massive hand-painted mural at the entrance of Lagoon's Terroride.

Among its colorful characters were a dragon and an ape forever fixed in a stand-off, an octopus that looked curiously comfortable out of water, and a lone human among the strange landscape looking like he might be in a trance.

"I don't know who came up with them, but they were pretty creepy as a kid," said Tommy Zitting, a recent visitor to Lagoon.

Zitting describes the Terroride as "the best ride at Lagoon." In his opinion, the shiny new 200 foot tall mega-coaster "Cannibal" can't compete with the aging Terroride's "horrible corniness and creepiness."

"The smell, it has it's own smell," said Crystal Gull, another visitor, with a smile on her face before lamenting the missing mural "It was part of my history here, and it's kind of sad I don't see it anymore."

The mural, which was painted on multiple pieces of plywood placed side by side, was moved to a hallway in Lagoon's corporate office in 2010 in an effort to preserve it.

Tracy created designs and features for more than 80 rides across the country, most of which are long-gone.

"Lagoon is lucky to have two of them. He installed the Terroride in 1967, and later in 1974 designed and installed Dracula's Castle," said Freed Howa.

Tracy's artistic sensibilities take standard spooky fare and twist them into something more unsettling. For example, a sculpture Tracy once created, "Jonah and the Whale", depicts Jonah within a whale, with his lower extremities seemingly in a state of digestion.

Perhaps it's this artist bent which has kept his images fresh in the minds of many, even if his masterful mural for Lagoon is out of public sight. 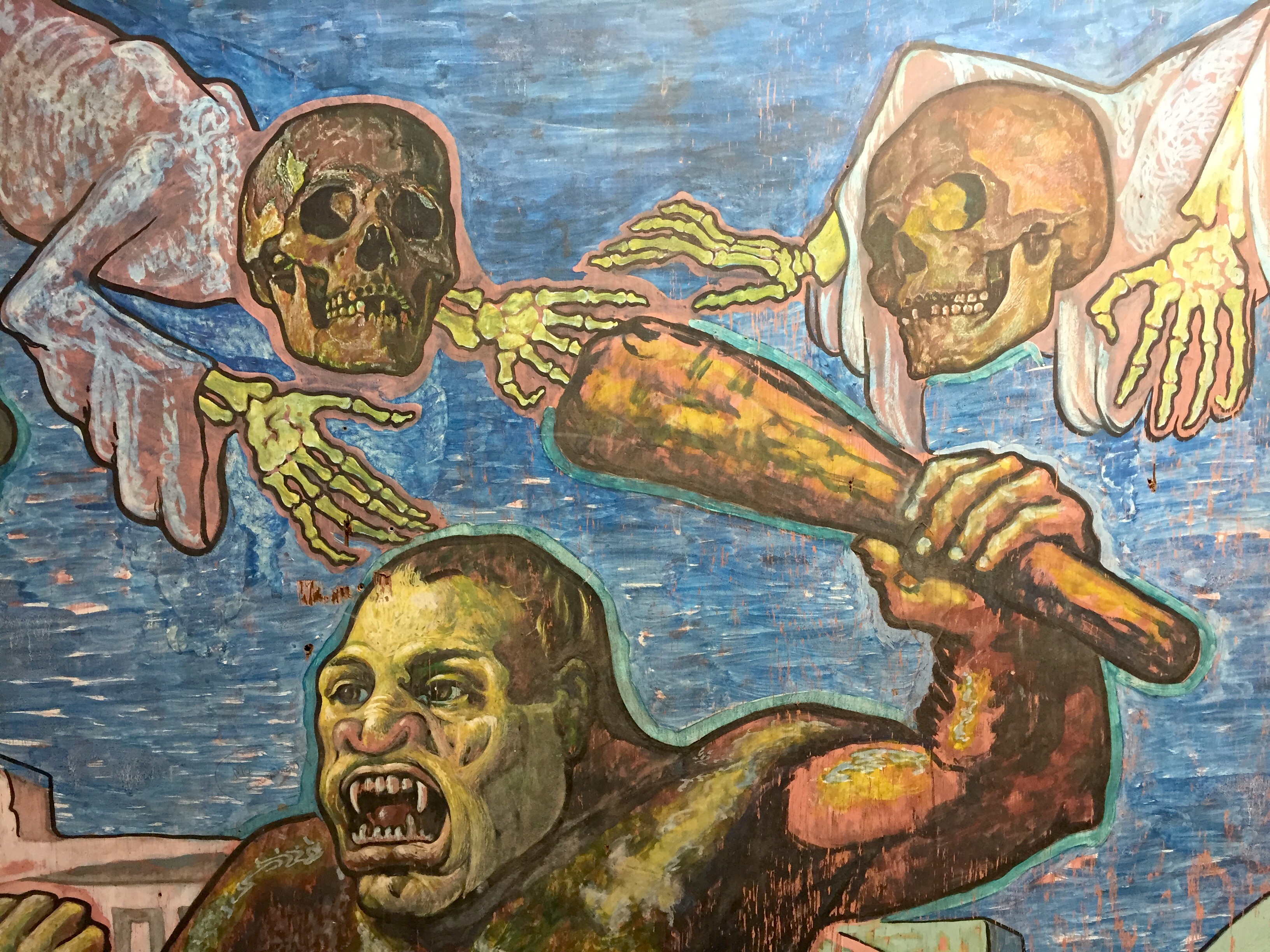