SUV crashes into herd of cattle in Sanpete County 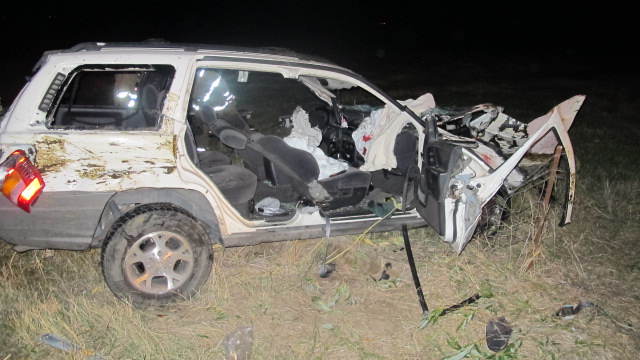 FAIRVIEW, Utah – Multiple people are injured and eight cows are dead after an accident in Sanpete County.

Authorities said a rancher was moving a herd of black cows across SR-89 when it was almost dark.

He only had the help of a 16-year-old on a 4-wheeler, no other traffic control.

One of the cows hit by the SUV then hit the 16-year-old on the 4-wheeler, leaving him with minor injuries.

The Utah Highway Patrol said the 4-wheeler was also damaged “by a flying cow or the vehicle.”

The SUV driver and front passenger had major facial injuries and were flown to the hospital.

They were wearing their seat belts.

The passenger in the backseat, the driver and passenger’s grandson, was not wearing his seat belt.

He had large cuts on his head and arm.

Officials have not said if anyone will face charges at this point.