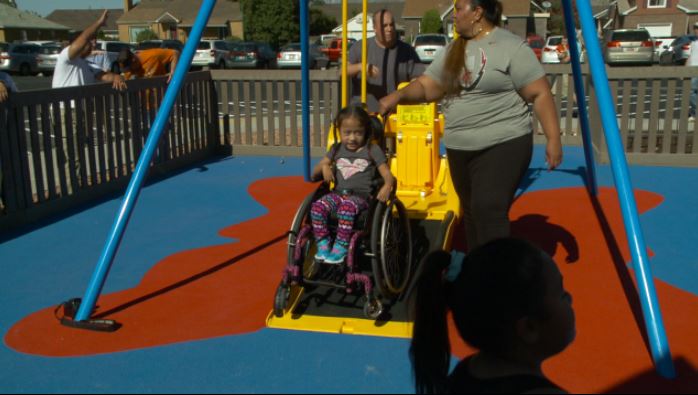 In seven days, more than 4,000 volunteers came together to build the All-Together playground at the City Center Park, 300 E. Center Street. However, the vision for the playground was two years in the making.

It started when Orem City posted a question on its Facebook page. The city had received care tax money and officials wanted the public’s input on what to do with those funds. It was two moms who came up with the answer.

Katrina Bleyl and Mindy Gleason, both mothers to special needs children, responded by writing they should build an all-abilities playground.

Bleyl and Gleason presented their idea to the city council.

“They loved the idea and they ran with it,” Bleyl said.

Bleyl said as word got out about the new playground several people came out to help.

“It’s amazing how many special needs families with kids who can’t go to the playground because they can’t get their wheelchairs on or their walkers or things like that and they were like, ‘thank you. We’re so happy to have this because there isn’t any playground in Utah County that we can go to,'” Bleyl said.

Bleyl said before All-Together was built, the closest all-abilities playground was in Salt Lake City.

“I hope that every city would have a playground like this that would include kids of all abilities and that they would be able to play together and have fun together,” she said.