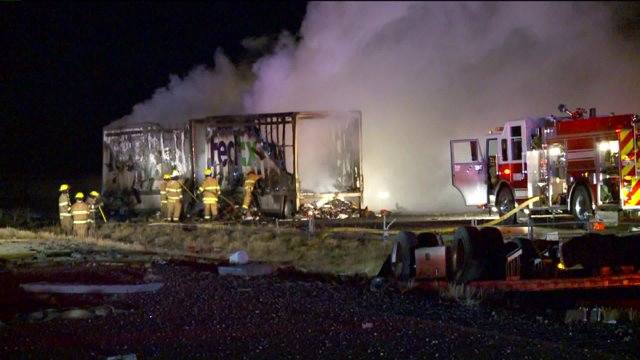 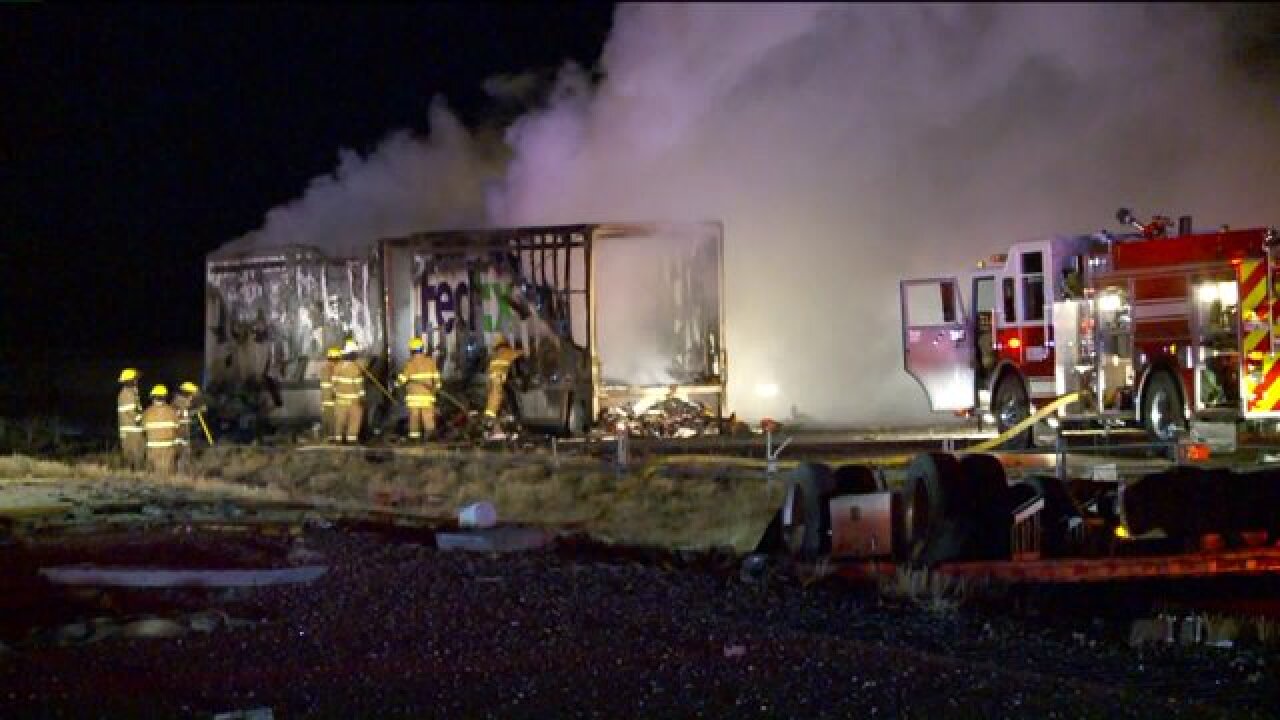 TOOELE COUNTY, Utah - Two people were killed and another was injured after a fiery crash on I-80 Wednesday morning.

The Utah Highway Patrol said a FedEx truck and a truck hauling military equipment were involved in the crash on I-80 westbound at mile post 77 (Dugway / SR-196 Jct) west of Tooele at about 3 a.m.

A flatbed trailer was traveling eastbound, hauling a piece of military equipment called a hemet truck and somehow ended up in the median, officials said. The military equipment flew off the trailer landing in the westbound lanes where a FedEx truck hauling double trailers hit the piece of equipment.

The FedEx truck caught fire. Investigators said there was no way the FedEx driver could have avoided this crash due to the dark.

Somehow the FedEx driver survived and was talking with officials before being taken by ambulance to the hospital. Unfortunately, his coworker in the cab, Kuntz, died at the scene.

Marsh, who was driving the semi carrying the military equipment, was also pronounced dead at the scene.

Due to the fire and the damage to the pavement, UDOT officials said they will need to repave that section on I-80.

I-80 was closed for hours as crews responded.