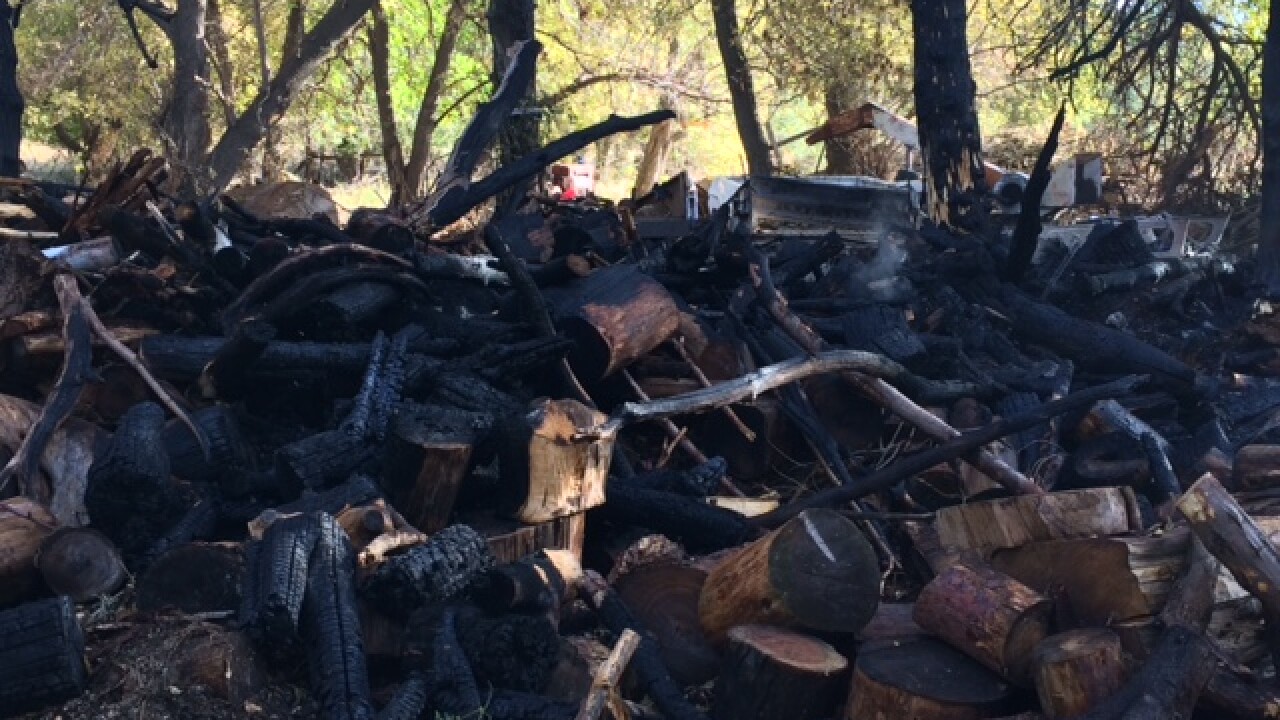 A pile of wood that an individual had been cutting was stored at a foundation of an old home when it started fire.

Firefighters arrived to the scene and were able to put out the 30-40 foot flames.

UFA received another call a few hours later that there was another fire at the same location.

Investigators said they believe someone is starting the fire.

The area is known for transients as well as a popular hang out spot for teenagers.