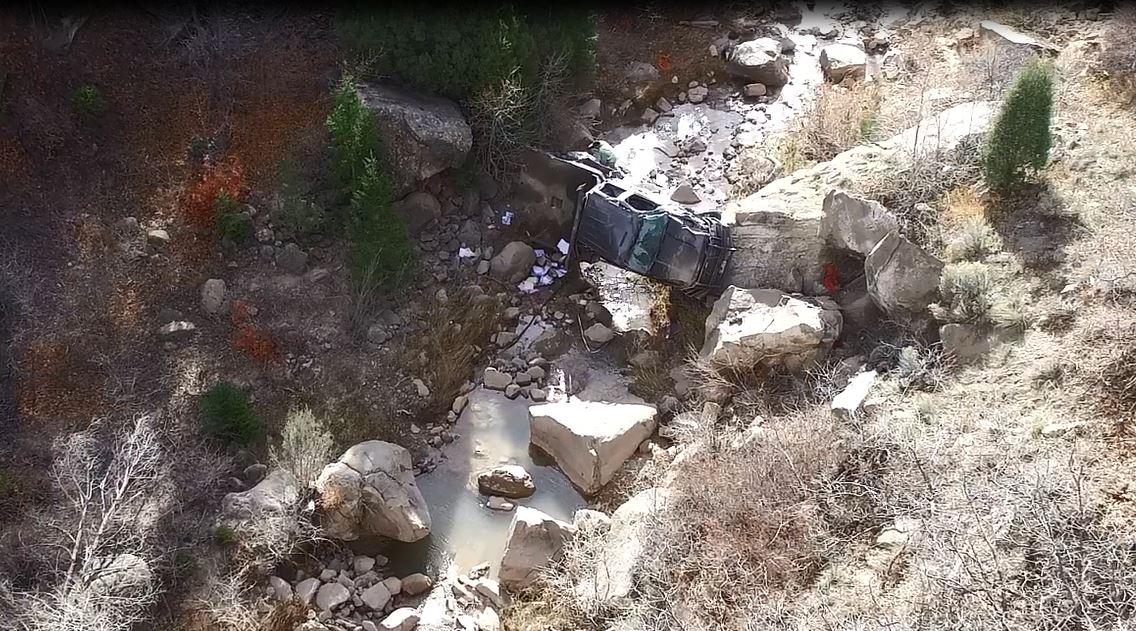 CARBON COUNTY, Utah — A Utah man was killed Sunday afternoon after a pickup truck went off the road, rolled down an embankment and landed in a river.

According to the Utah Highway Patrol, the crash occurred around 1 p.m. on SR-191 near milepost 256 about 7 miles east of Helper in Carbon County.

Decker Manning, 25 of Uintah County, was driving a pickup truck southbound when authorities say he came to a curve in the roadway while going too fast to negotiate the turn.

The pickup crossed the center line and then went off the left side of the roadway, where it rolled down an embankment and came to rest in the river on the passenger side.

Manning was the sole occupant of the vehicle and was not wearing a seat belt. He was ejected from the vehicle as it rolled and suffered fatal injuries.