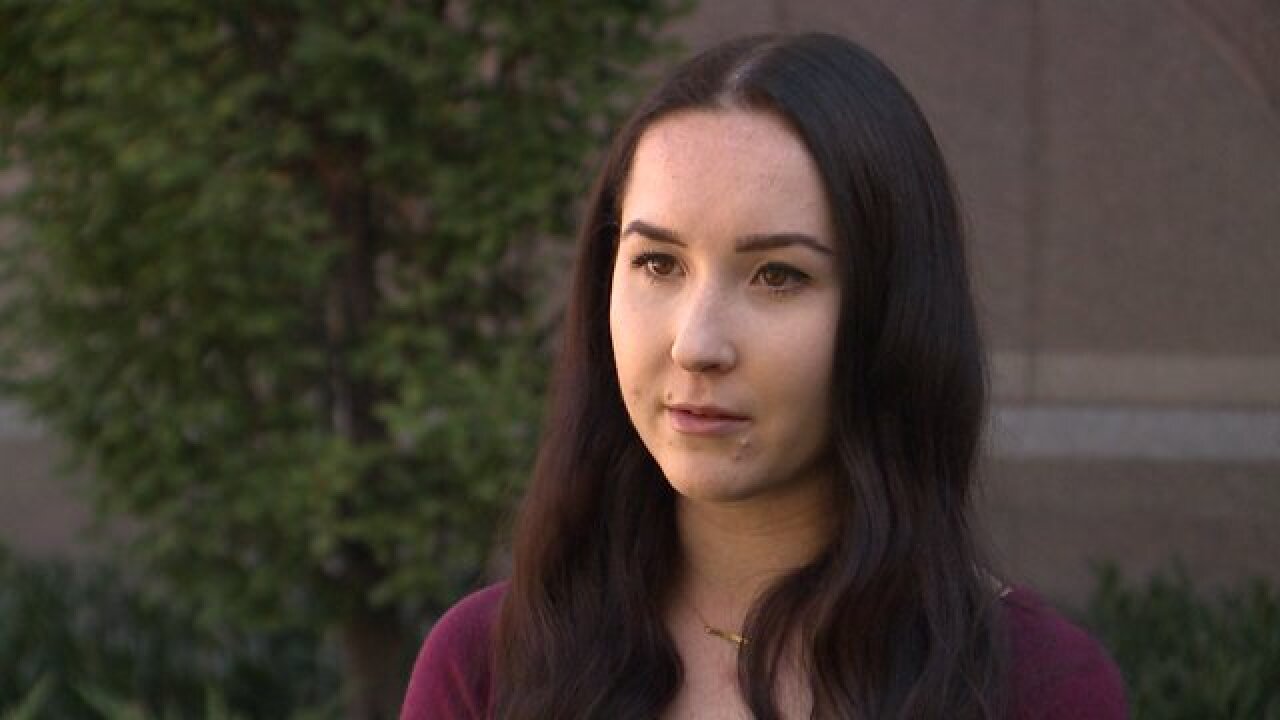 PROVO, Utah -- Madi Barney is back on the Brigham Young University campus for the first time in six months.

"I feel kind of like I don’t belong here. I’m not in classes here anymore. It just feels kind of strange," Barney said.

A sophomore studying sociology, Barney was raped off campus a year ago. When she reported the assault to police, she discovered her report had been taken directly to the school's Honor Code office.

Soon after, she was under investigation for violating the Honor Code, and, when she didn't cooperate with the school's investigation, she was banned from taking classes.

"It felt like I was losing everything all at once," Barney said.

Barney became the face of the fight over the way BYU handles sexual assault investigations. She launched a petition asking for honor code amnesty if students report sex crimes. Six months later, she got what she asked for.

"It's pretty much everything that we the victims asked for and more," Barney told Fox 13 News Wednesday. "It's really well done. They seemed to take a lot of thought and care into it."

Partly in response to Barney's complaints, a BYU advisory council made up of four faculty members, including Julie Valentine, came up with 23 recommendations. Four of the most notable will be implemented immediately. They include separating the honor code office from the Title IX office, hiring a full-time title IX coordinator, hiring a full-time victim's advocate, as well as amnesty for students who report or witness sexual assault.

"This is critically important for our students, for our campus," Valentine said. "We have to have students report, we need to have them feel supported."

A martyr for the cause, Barney is still trying to get her life back on track.

However, she's thrilled that her efforts may help students in the future.

"They obviously recognized that the procedure needed to be a lot different for future people, and I’m glad they did that," Barney said.