TSA finds 71 guns in carry-on bags in one week 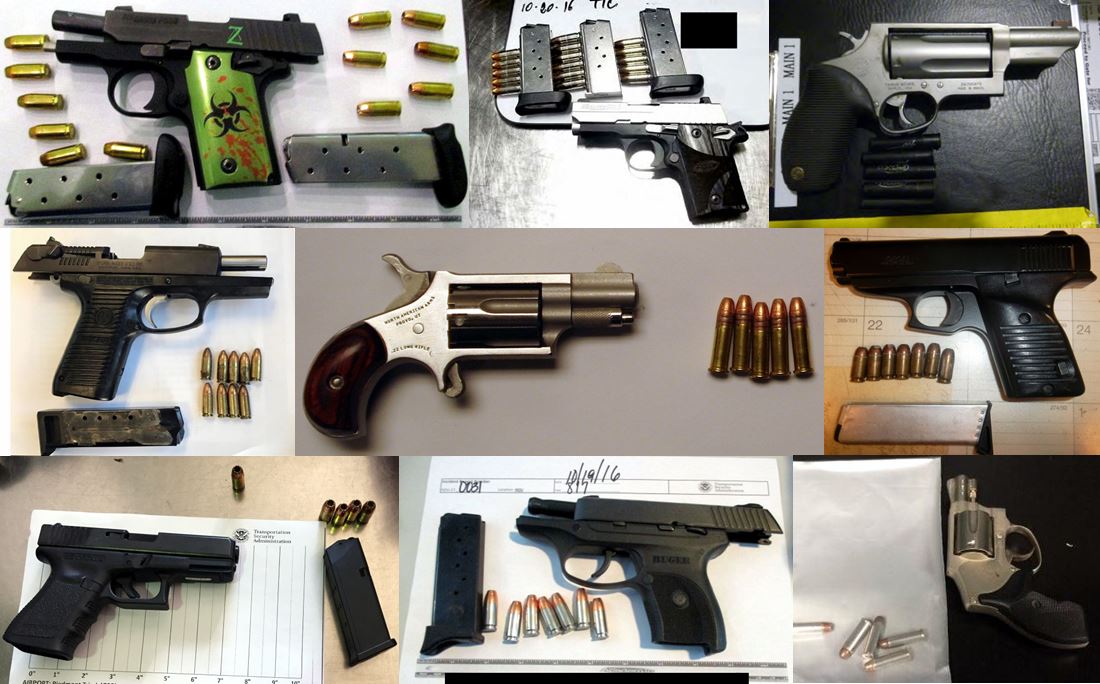 ARLINGTON COUNTY, Va. — Transportation Security Administration officials discovered 71 firearms in carry-on bags in airports around the nation between October 14 and 20.

Of the 71 firearms, 56 of them were loaded and 17 had a round chambered, according to a TSA blog post.

Several bladed weapons were also found in carry-on bags between October 14 and 20, including throwing stars, throwing knives, a pen knife, a belt knife and other knives.

“In addition to all of the other prohibited items we find weekly in carry-on bags, our officers also regularly find firearm components, realistic replica firearms, bb and pellet guns, airsoft guns, brass knuckles, ammunition, batons, stun guns, small pocketknives and many other prohibited items too numerous to note,” the blog post said.

Packing weapons in carry-on bags can result in citations and arrests, with penalties as high as $11,000.

Salt Lake City International Airport was not listed among the airports where guns were found last week.