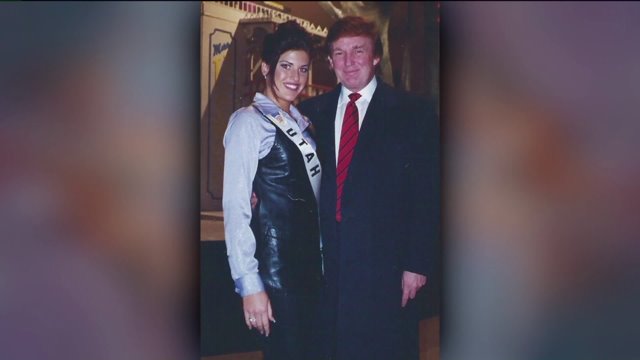 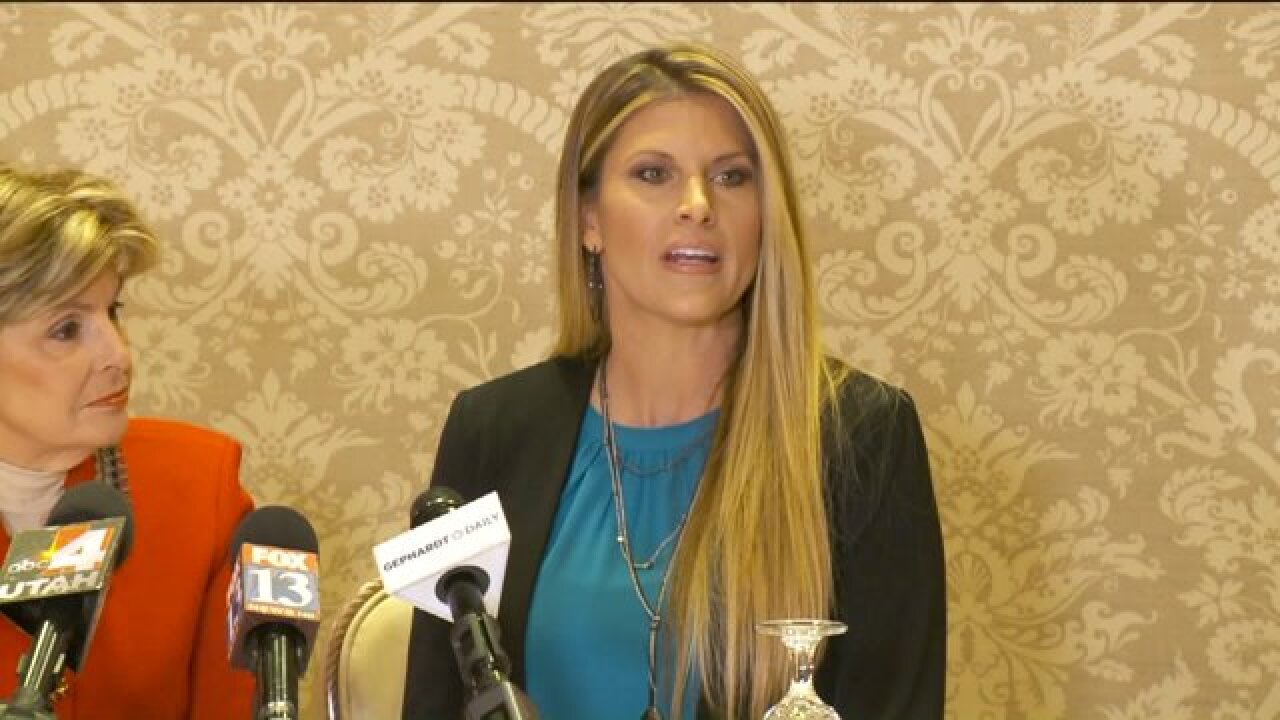 Taggart has retained high-profile lawyer Gloria Allred, who represents three other women who have accused Trump of improper sexual advances.

"I am here today because I feel the need to stand up to Donald Trump," Taggart told reporters at a news conference on Friday afternoon.

(Scroll down to watch the entire news conference.)

Taggart said she first met Trump when she participated in the 1997 Miss USA pageant, representing Utah. She said her father introduced them at a rehearsal where Trump greeted her with a hug and kiss on her lips.

"I was shocked because that was the first time any man had ever greeted me in that manner, but I ended up excusing Mr. Trump's behavior as a way that 'East Coast' people greet each other," Taggard said, reading from a prepared statement.

She said Trump embraced her and kissed her again without her consent a short time later at Trump Tower when she went to New York City to discuss modeling opportunities with him.

"It was that second kiss that made me wonder what his intentions really were. What he did made me feel so uncomfortable that I ended up cutting my trip short, bought my own plane ticket, flew home and never spoke to him again," Taggart said.

Taggart spoke out about the time tape emerged from "Access Hollywood" showing Trump making crude comments about kissing women and grabbing them without their consent. Since then, a number of other women have also stepped forward.

The Republican nominee for president has threatened to sue his accusers.

"This issue is not about sex. It is about the attitude and behavior of a man who seeks the highest office in our country," Allred told reporters.

With Taggart, Allred now represents four women who have accused Trump of improper advances. Allred told FOX 13 her clients are not currently planning a lawsuit against Trump for the alleged misbehavior, but would countersue if he carried out his threat of litigation against them.

"If he is in the White House, I imagine he'd be spending a significant amount of time sitting in depositions, answering questions under oath," she said. "Should there be a national emergency or crisis, I find it difficult how he would handle that when he is sitting for hours and hours answering questions, as he is legally required to do."

However, Taggart could face her own scrutiny. Shortly after the 1997 pageant, she gave an interview to the Deseret News where she spoke about Trump lavishing attention on her. FOX 13 asked if that would be used against her in a deposition, but Taggart said she was "so young and naive" at the time.

"I was 21 going on 16 at the time, mentally. And to me, honestly, it was awkward," she said, describing her first encounter with Trump.  "I looked at my dad like, 'What the heck was that?' He just kind of looked at me like, 'Just brush it off.'"

While Allred declared herself a "proud" supporter of Hillary Clinton, Taggart said she is a Republican, though obviously not planning to vote for Trump. She said she was considering voting for Evan McMullin, the independent candidate who has made a strong showing in Utah.

Taggart told reporters she is prepared to face Trump if he sued.

"I'm not scared. I've been through scarier things in my past," she said. "I feel like this is really nothing and I want to be an example to others that want to come forward."

Please wait a moment for the embedded Facebook video to load. The news conference begins at 11:40 in this clip.