MURRAY, Utah - It was an eventful morning for new mom Romney Duerden.

"I have a baby in the NICU, so I came home and was having a snack in the kitchen, it was 2 a.m.," Duerden said.

All of the sudden she heard what sounded like fireworks and looked outside.

"Their houses were completely engulfed in fire," she said. "Not just like a window, not just smoke, literally fire on the ground, up the wall, flames in the air."

Those fireworks were the sounds of tires and glass popping. Neighbor Todd Vacher saw the cars on fire at the complex, which is in the area of 725 East and 5085 South.

"They were just blazing, really on fire," Vacher said.

Vacher watched the fire move from the cars, to the car ports, to the condos within a matter of seconds.

"It went fast and I mean fast," he said. "I’m just sitting there going, can a fire without ignition take off like that? I couldn’t believe it."

Ten condos burned. Six are considered a total loss, and 20 people were displaced, including Duerden.

"It's gone," Duerden said of the residence. "Everything’s gone, and I just had a baby and had all this stuff for the nursery."

Despite the fast moving flames, everyone managed to make it out safely and nobody was hurt.

"We're glad that we're alive," Duerden said. "When you have a fire, the most important thing is to get out."

In an ironic twist, one of the 20 people displaced is a retired firefighter with the Salt Lake City Fire Department. 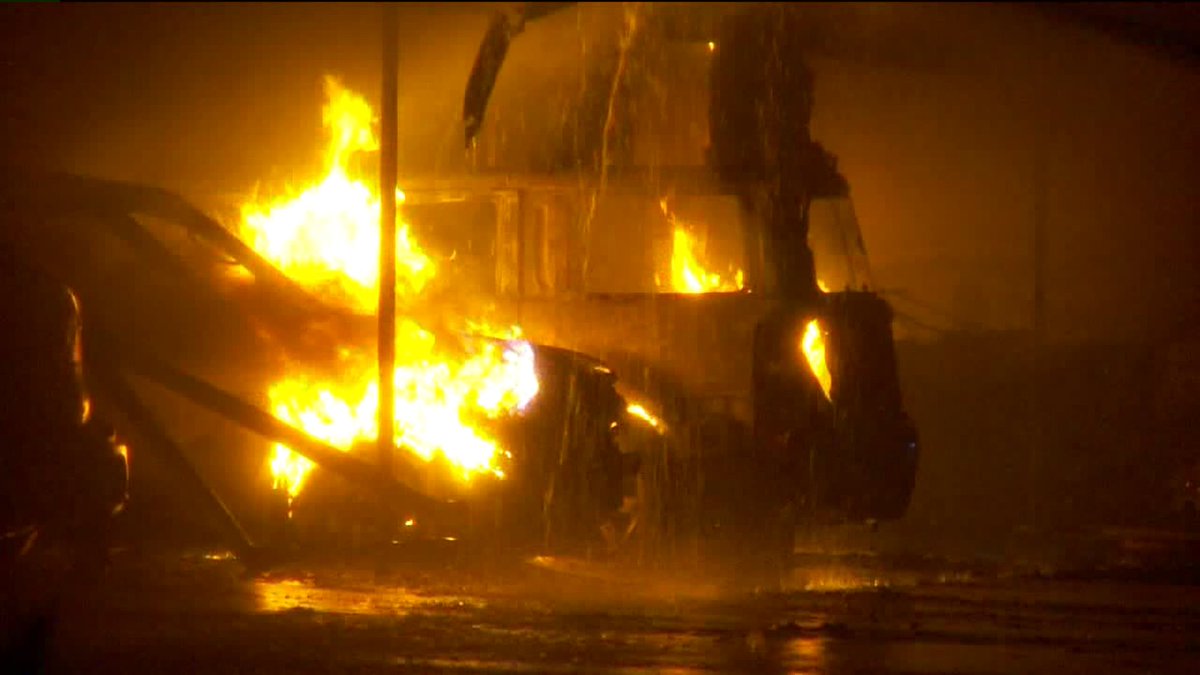