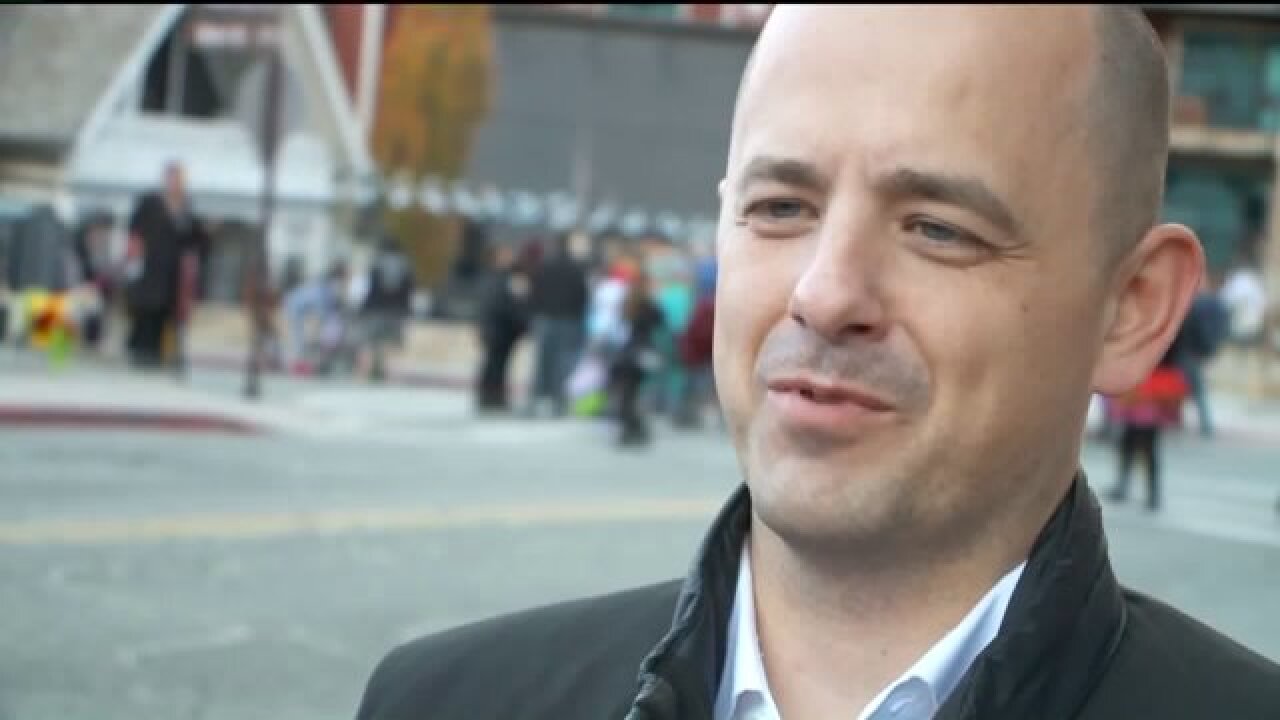 SALT LAKE CITY -- Hundreds of thousands of Utah voters are receiving political robocalls this week urging them not to vote for third party candidate Evan McMullin.

The call not only questions his politics, but his family and his sexual orientation. It's being paid for by the American National Super PAC, which supports Donald Trump.

This is how the call begins...

"My name is William Johnson. I am a farmer and a white nationalist. I make this call against Evan McMullin and in support of Donald Trump."

The call is expected to go out to nearly 200,000 Utah land lines in the next few days, according to Johnson, who is based out of California.

"I'm trying to reach the salt of the earth Utah voters who will see through the fraud of Evan McMullin," Johnson said Monday.

During the robocall, Johnson says, McMullin is an open borders amnesty supporter -- then things get personal:

"Evan has two mommies. His mother is a lesbian, married to another woman. Evan is OK with that."

McMullin is calling this a smear campaign and he believes the Trump Camp is behind it.

"I was raised in a traditional Mormon family and when I grew up my parents divorced and my mother is married to a woman now," McMullin said. "We disagree on the issue of homosexuality, of gay marriage, but I love her very much she is one of my best friends."

The call also questions McMullin's sexual orientation: "Evan is over 40 years old and is not married and doesn't even have a girlfriend. I believe Evan is a closet homosexual."

McMullin said this accusation is a lie.

"The truth is I'm straight first of all -- put that on the record," McMullin said.

McMullin added not only will the robocall not work on Utah voters, he thinks it will backfire.

"It's just typical of the Trump campaign to spread lies and attack people for whatever reason it's just what they do," McMullin said.

The Donald Trump campaign has denounced this robocall.