Fortunately, actual flames did not impact the nearby apartments.

However some of the units suffered heat-related damage like busted windows and eaves that melted due to the intense heat.

Most of those apartments also have smoke and water damage.

Firefighters had to rescue some residents from their balconies.

Of the three people injured, two suffered burns while running out of their apartment.

The fire destroyed at least 17 cars.

Early damage estimate is at least $300,000 and so far the cause is said to be accidental but undetermined. 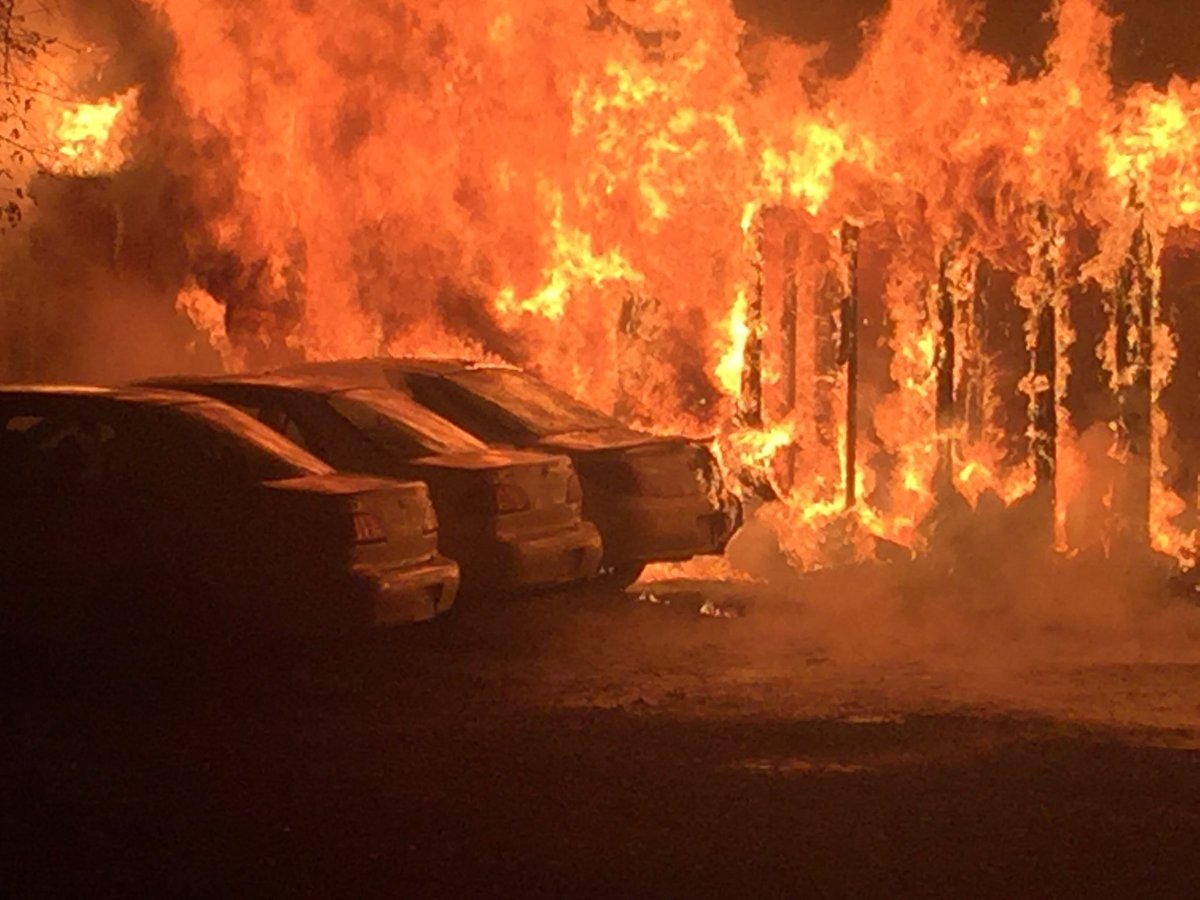