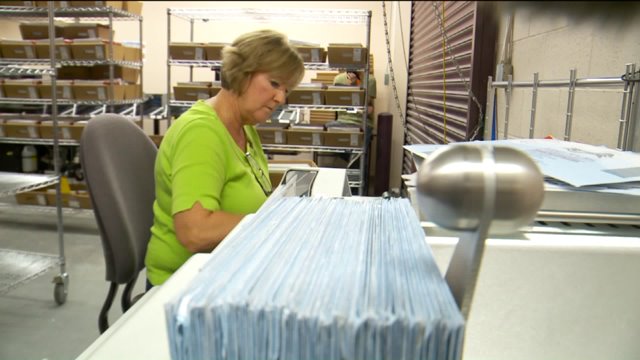 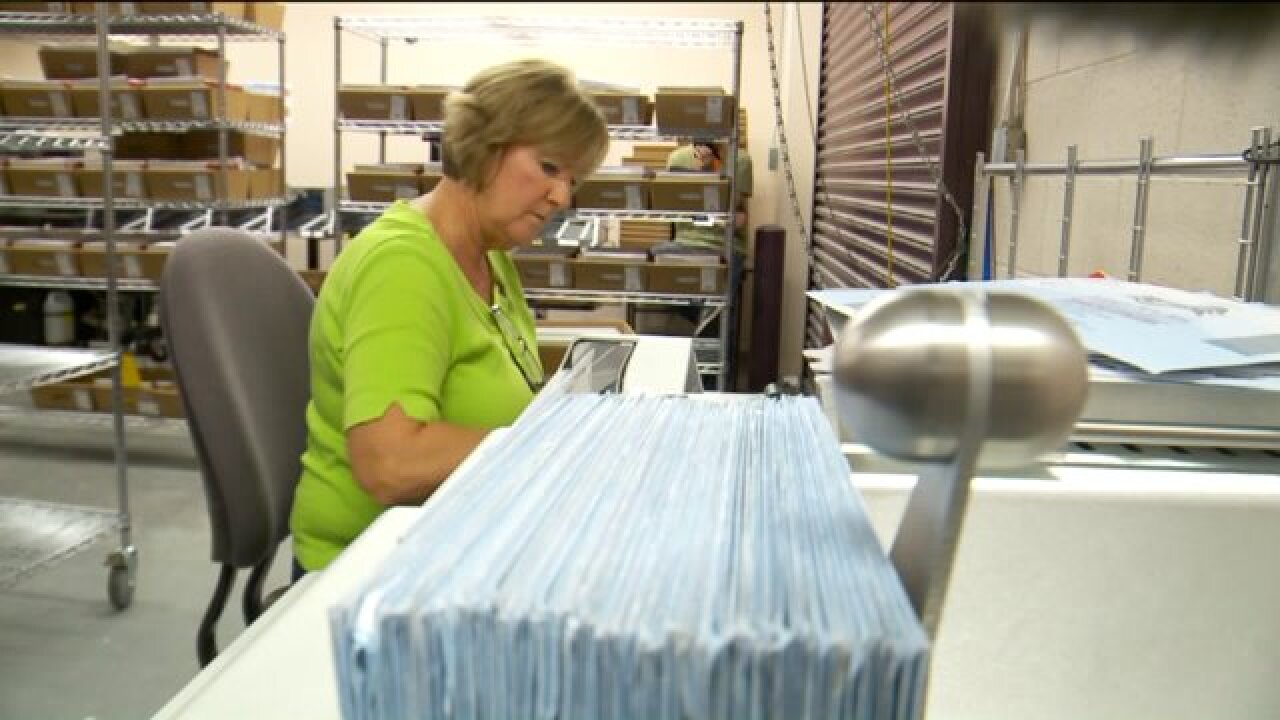 SALT LAKE CITY — If you’re inclined to see intrigue and expect chicanery in the election process, don’t read this or watch this story.

Because vote by mail in Utah’s biggest county is really a giant open room with temporary employees sorting out paper, some with earphones trying to keep their minds alert as they perform the crucially important and painfully dull tasks set before them.

Speaking of painfully dull… here’s what happens to your mail-in ballot when it arrives at the County Clerk’s office.

An employee straightens out all of the envelopes so they can be fed into what’s called an “Agillus machine.” (You don’t need to remember this. There will be no test.)

The Agillus machine scans a bar code on your ballot envelope. (Remember when bar codes and scanners were actually kind of new and exciting at the grocery store? Good times… sigh.)

It used to be we all signed the upside-down registry next to our names at the precinct. That’s now the scan.

The deterrent to voter fraud used to be: the nice old volunteer at the precinct knows you’ve voted, so don’t try to sneak back in!

Think Agillus is scary? Wait till you meet Opex.

The Opex machine slits open your ballot envelope and dumps it into a pit-of-doom, or a box, whichever is handy.

Adios, "ballot-with-your-name-on-it." Opex has severed the connection and your vote is anonymous. Now your ballot is covered by the little security envelope. It’s the stationery equivalent of a hospital gown.

Far away from Opex, with its razors and utter disregard for the feelings of claustrophobic outer envelopes, the security envelope comes off, and your ballot gets a check up.

The workers see if you colored in the bubbles.

Did you put check marks?

Seriously, did you? The directions were really clear.

You should get in trouble. But the whole “right to vote” thing means your ballot goes to two other workers who fix it for you.

There are two people on every task. I think it’s because the Salt Lake County Clerk, Sherrie Swensen, wants people to make friends and perhaps discover their soulmates, though she claims it’s really to make sure no one has the opportunity to do something sneaky.

All of the ballots are then fed into a scanner and the “Machine of Eternal Disinterest” (MED) holds onto the numbers without ever even thinking about adding them up early. Seriously, no curiosity, which is why machines will never be people. I’d go into more detail on this but this is so boring already.

By the way, I made up the name of that machine. It’s really just a normal computer. They’re all disinterested, even the ones with the soothing British fake voices.

Then the most exciting moment comes after the final voter in line at an old-fashioned polling place on Tuesday night pulls the lever-which-is-now-a-touchscreen-and-hasn’t-been-a-lever-in-about-a-century.

After the last voter votes, the County Clerk’s IT guy or gal tells the computer to count the votes.

Seriously, anyone still reading this?