WEST JORDAN, Utah - In just two hours, a suspect carjacked four vehicles from West Jordan to Taylorsville, broke into a woman's home and held her a knife-point.

Officers said a 20-year-old man is in custody.

Police said the spree started at 7:20 a.m. when the suspect tried to steal a car parked near West Jordan Middle School.

“He went to get in it and saw that there was a number of kids inside that vehicle and got spooked,” Unified Police Detective Jared Richardson said.

He moved on to a crossing guard’s vehicle instead.

“As he drove off, the crossing guard tried to stop him and was knocked to the ground, injuring her shoulder,” Richardson said.

The suspect made his way to Taylorsville, got rid of that car, stole another one and ditched that car.

Police said he then stole a third car and dumped it as well.

He ended up at Sarah Buhler’s Taylorsville and went through the cars in her garage.

“My mom took my little sister to school so the garage was open," Buhler said.

The suspect broke into the house and demanded the car keys.

Sarah’s mother kicked him out so he ran to a neighbor’s house and jumped into a truck warming up in the driveway.

“I was trying to break the window to get him out. I couldn't. He took off,” Ron said, the carjacking victim.

By this time, police received several calls from witnesses.

They tracked down the suspect in a white truck near 5400 S. Bangerter Highway where he refused to pull over.

“He ran over a stop sign, jumped a median here on 5400 S. into the oncoming traffic,” Richardson said.

Officers finally arrested the 20-year-old suspect and found stolen items in the truck that could be tied to other burglaries.

“We don’t know if he’s just going on a rampage, just trying to get as much property as he can to sell, to pawn or to use,” Richardson said.

Police said they believe the suspect may be responsible for stealing other vehicles. The case is still under investigation.

Authorities have not confirmed the suspect's identity or the charges he may face. 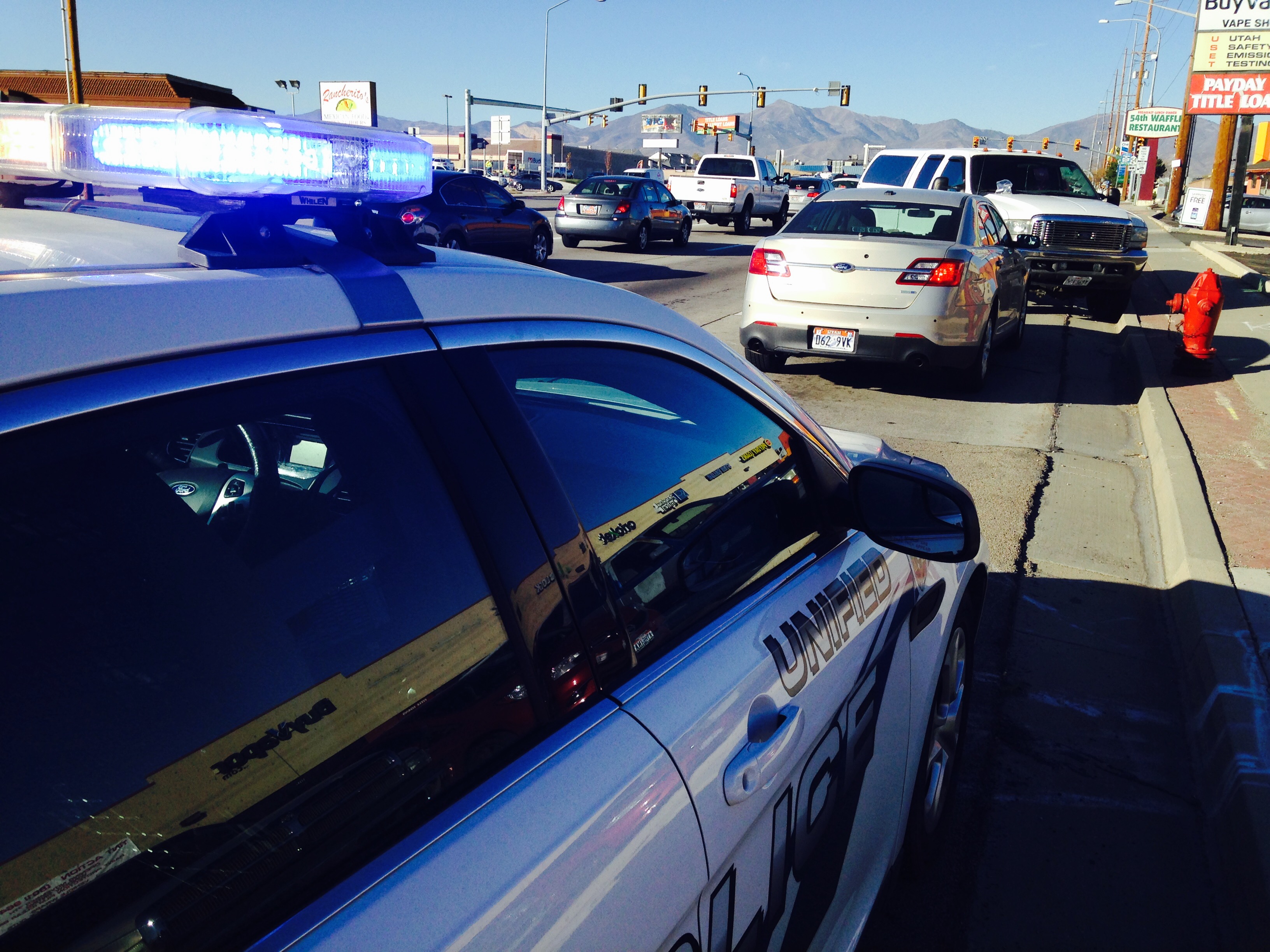