SALT LAKE CITY -- It's been less than 24 hours since Donald Trump was elected president and people have already begun taking to the streets. About 300 people protested his presidency outside Salt Lake City Hall Wednesday night.

Those who attended said they are afraid of what will happen next.

Many of these men and women were part of the LGBTQ community, including Misty Snow, who just lost her bid to become the first transgender person elected to U.S. Senate.

"I want you to know that you guys all have more power than you realize, you just have to be willing to exercise that power," Snow told the crowd.

These protesters say Donald Trump doesn't represent what they stand for.

"I feel like a Trump presidency is going to be disastrous for anyone who is not white and male," said Jennifer Koh.

Some were willing to give him a chance, but they were anything but optimistic.

Others say the damage has already been done. 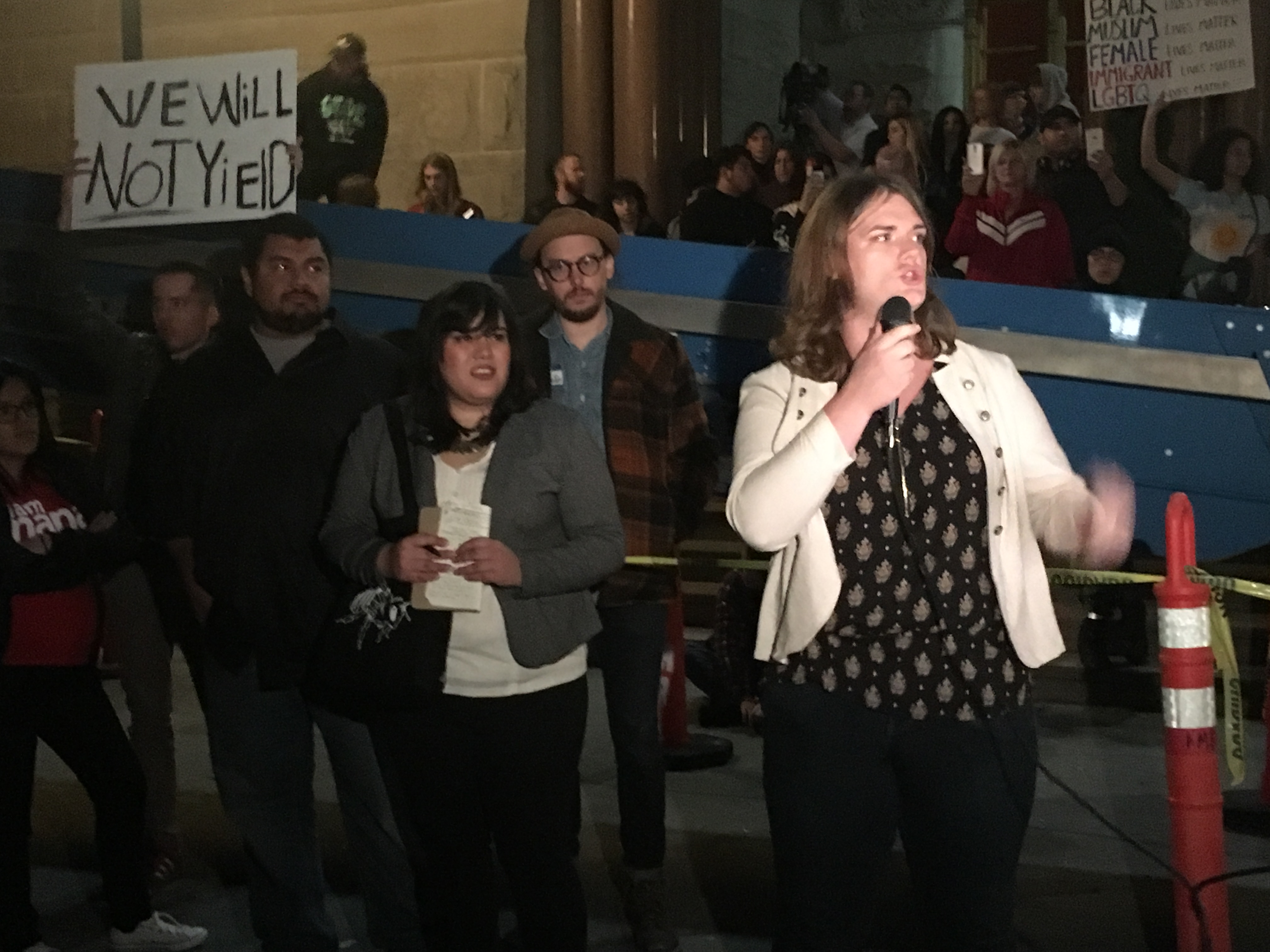 Fox 13 News has a crew at the scene, and we will update this story as we gather more details. Watch News at Nine Wednesday for the latest on the protest.

A flood of thousands continue to shut down streets in Boston as they protest Trump's win #wcvb pic.twitter.com/SAl8xlF0O6