SALT LAKE COUNTY, Utah - The backlash against Donald Trump being elected president continued Friday afternoon as hundreds of high school students from across the Salt Lake Lake Valley left their schools to protest.

Teens walked through the streets, shouting "we are one" and "love trumps hate."

Many of them carried the Mexican flag. They say Trump's plans to build a wall between the U.S. and Mexico is one of their biggest concerns.

"It's not about a single race, it's about the human race," Dakota Culley said.

The demonstration moved from Kearns, to Taylorsville to Murray, incorporating students from a number of high schools.

There was a strong police presence, but officers say they were there to monitor not to interfere.

"Right now our rule to take on is just make sure that everybody is safe and traffic is able to move," said Shane Hudson with the Unified Police Department.

Taylorsville High School encourages students to exercise their First Amendment rights, however students were not given permission to skip class.

"I would prefer if they are going to do something they would do that in the afternoon, after school is out," said Principal Garett Muse. "At the same time we definitely aren't going to restrict students or physically try to hold students in a classroom."

There were also people protesting the protest, like U.S. Army Veteran R.C. Reynolds.

"It's Veterans Day," Reynolds said. "When you have a bunch of uneducated individuals who probably didn't even vote, throwing what I believe is a temper tantrum as opposed to a protest, I take it personal."

Many of these students say they couldn't vote, because they aren't old enough. They said there is no age restriction when it comes to standing up for what you believe in. 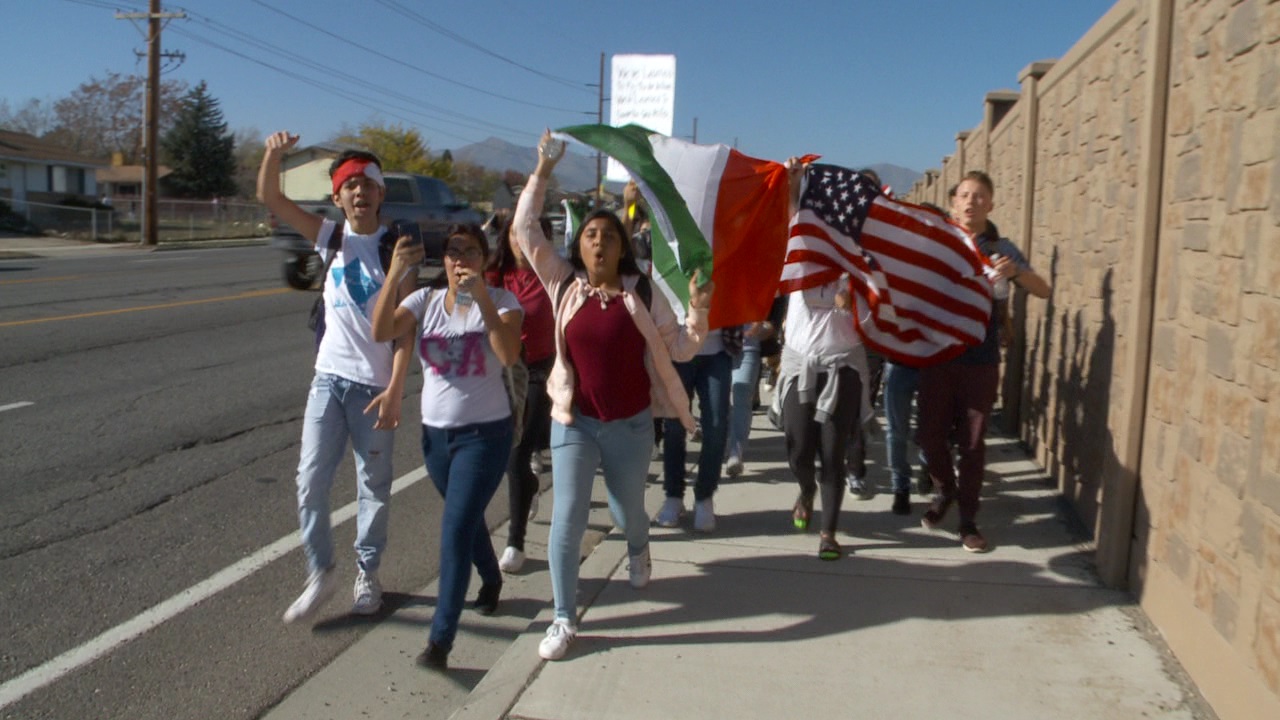