WEST WENDOVER, Nev. - Police have confirmed the suspect in a credit union robbery in Ogden is the same man who was injured in a shootout with police in West Wendover late Thursday night, and a bomb squad removed a suspected explosive device from the suspect's vehicle.

"The doorman asked him for his identification, he immediately pulled out his handgun and hit the doorman with the gun," Lt. McKinney said.

Deputies say after that fight, Martinez crashed his car into a barrier in front of the Red Garter Casino, where he engaged in a 40 minute shootout with two West Wendover police officers.

He was shot twice and flown to the hospital where he's in serious, but stable condition. Deputies say that's when they found what looked like an IED in the front seat of his car.

"We could see a wick," McKinney said. "We could see bullets that were wrapped in like saran wrap type material and wound tightly, and it looked like an aerosol can."

The bomb squad was called out, and they determined it was indeed a crude homemade bomb. But that's not the only thing deputies found inside the car.

"We found a large sum of money," McKinney said. "We found some firearms, some additional firearms. A couple of rifles and a shotgun."

Deputies also found blue-soled shoes, which you can see Martinez wearing in a surveillance photo form the alleged robbery at the Ogden credit union. Family members also told Ogden police that Martinez robbed the credit union, but deputies are still hoping to determine more about his ultimate goal.

When Martinez recovers, he'll be questioned further by Elko County deputies. He could potentially face several charges, including attempted murder and aggravated assault, and that's just for his crimes in West Wendover.

Deputies are also gathering body camera footage and surveillance footage from nearby casinos to learn more about the crime. 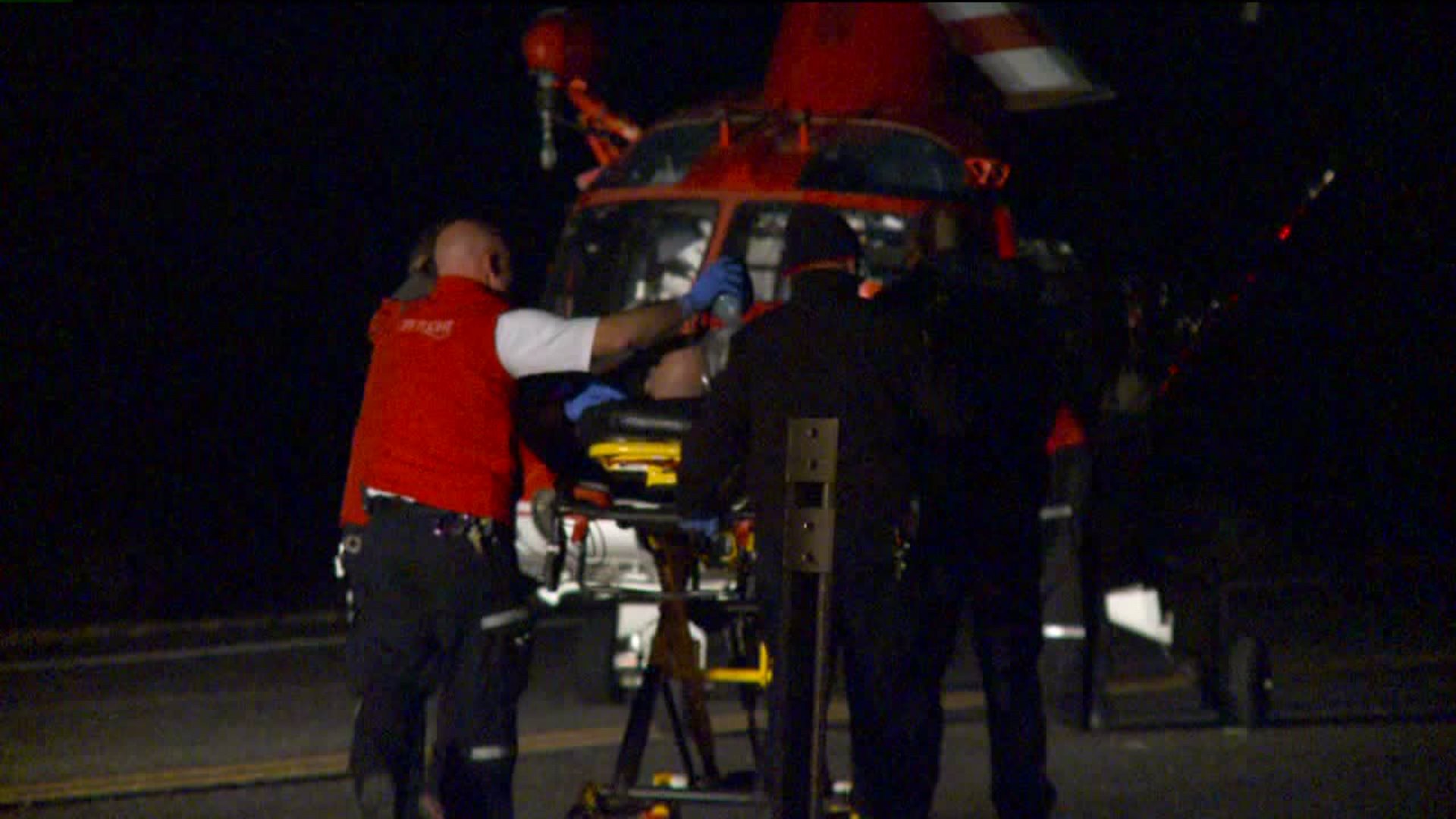