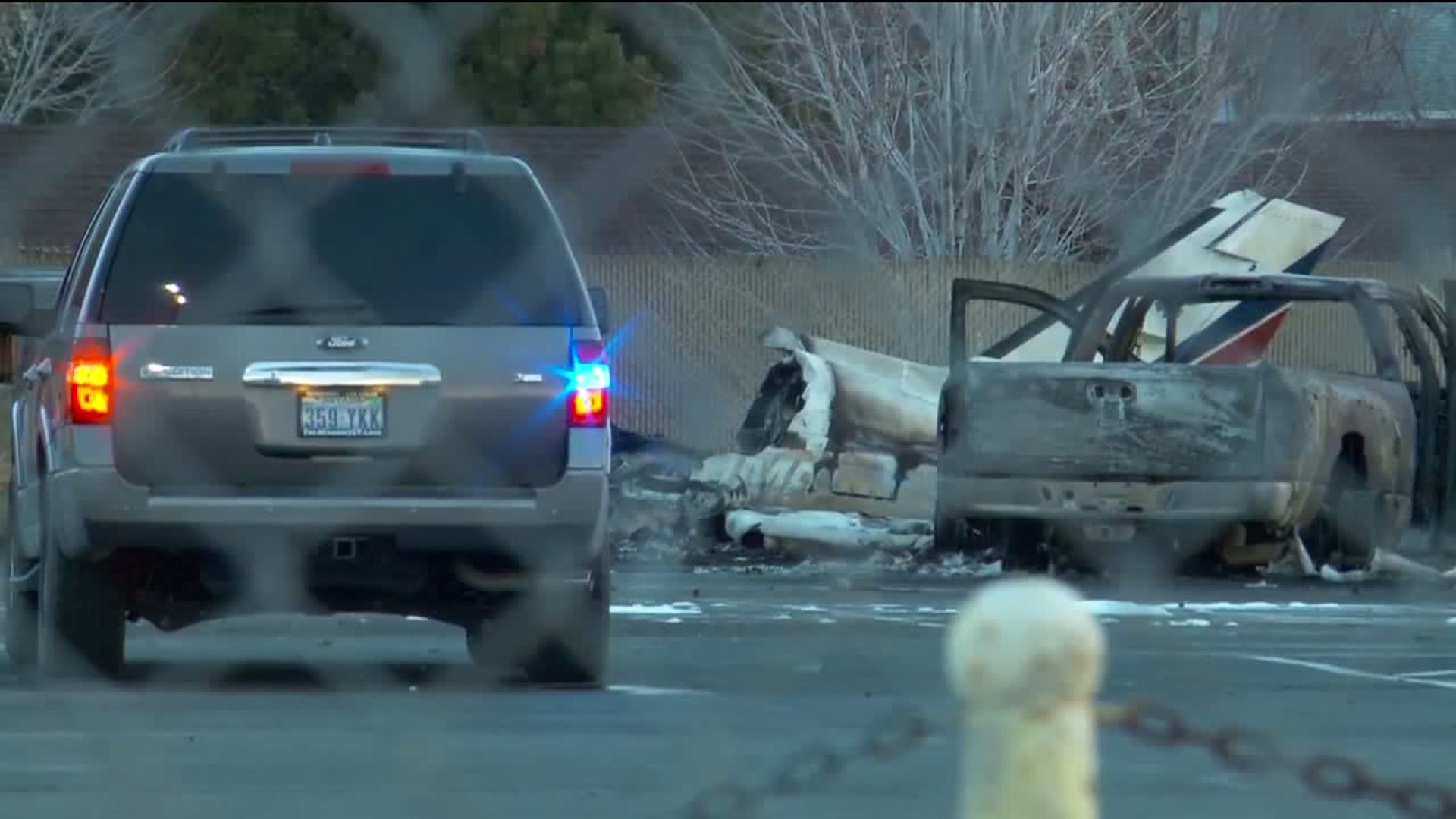 ELKO, Nev. — One day after four people were killed when a medical aircraft crashed in Elko, Nevada, police say the pilot likely prevented additional casualties by crashing the plane into a parking lot while avoiding nearby homes and businesses.

The pilot, two medical crew and a patient were killed after the American MedFlight plane crashed and caught on fire shortly after taking off from Elko Regional Airport Friday at 7:30 p.m. local time (8:30 p.m. MT).

According to the Elko Police Department, Yuji Irie was piloting the aircraft. Tiffany Urresti and Jake Shepherd were aboard as medical staff. The patient was identified as Edward Clohesey.

Lt. Rich Genseal of the Elko Police Department said the plane went down in a parking lot for Barrick Gold Corp., where employees park their personal vehicles before taking buses out to a mine. He said the employees on the active shift had already departed by bus, so there weren’t any people in the lot at the time.

“The plane came down in a parking lot that’s probably only several hundred feet from the apartment complex, multiple dwellings,” he said. “Not to mention the surrounding areas around that is all housing. Where they came down is a parking lot, which happened to be empty at the time… So, for us, there couldn’t have been a safer place for him to come down with that plane without causing additional casualties, so we need to credit the pilot on that.”

Genseal said crashing into the empty lot may have saved lives, and he said by all accounts that part of the crash was no accident. While no one on the ground was hurt, several vehicles were destroyed by fire.

“We truly believe that the pilot did everything he could to avoid any further casualties by putting the plane down where he did,” Genseal said.

Genseal said some of the people killed in the crash are from the area, and the community has been hit hard by the tragedy.

"Some of these individuals, because they were local, it does hit home with us," he said. "A lot of us knew either one or multiple members on this plane. It hits home, pulls at the heartstrings.  It's very neat to see the community turning out, putting out flowers, their attitudes toward the law-enforcement that's been here all night."

Well wishers brought flowers to the site of the crash, and other members of the community brought emergency responders food and drinks and other gestures of support.

Genseal said the Cheyenne Piper 2 experienced mechanical problems after take off and appeared to lose power while climbing. He said the National Transportation Safety Board and the FAA will investigate along with employees from Piper Aircraft to determine exactly what went wrong.