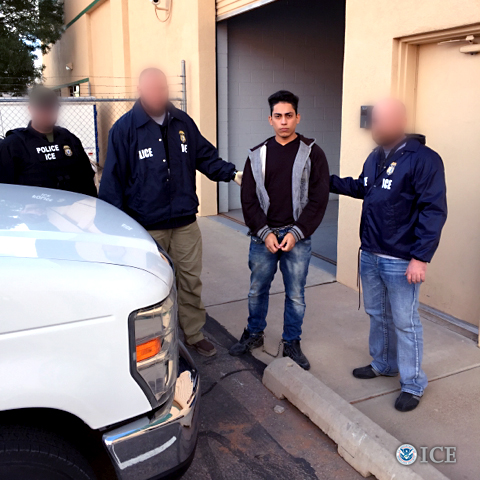 SALT LAKE CITY — A fugitive wanted in his home country of Honduras for allegedly raping a child was deported by Salt Lake City Immigration and Customs Enforcement agents Wednesday.

According to a press release from ICE, 23-year-old Marco Antonio Argueta-Rubio is wanted in Honduras for allegedly forcing a 13-year-old girl into a vehicle and taking her to a motel before raping her.

Argueta-Rubio was arrested in the Texas Rio Grande Valley in June of 2016 while attempting to enter the U.S. illegally, and after that he was in custody with ICE’s Enforcement Removal Operations in Salt Lake City.

Honduran officials issued a warrant for the man’s arrest in July when he failed to report for court proceedings, and in October a federal immigration judge ordered Argueta-Rubio removed to Honduras. Wednesday, local ICE agents turned the man over to Honduran authorities.

ERO has removed more than 1,700 foreign fugitives from the United States since October 1 of 2009, and those suspects were sought for serious crimes, like kidnap, rape or murder, in their home countries.