SALT LAKE CITY - Two Utah Highway Patrolmen had a close call overnight when a truck slammed in the back of their patrol car.

The driver involved in that crash was in the back of the UHP vehicle filling out a statement when a pickup truck lost control and slammed into the back of it.

Neither trooper was in the cruiser during the accident.

“Definitely give us plenty of space – I mean that’s what the state law says," said Cpl. Nick Swallow of Utah Highway Patrol. "You have two options. One is to give us the lane, and the other option is, if you can't [give us the lane], is to slow down and hug the lane-line."

The driver in the patrol car was taken to the hospital to be checked out.

Troopers said they were also called to a rollover on I-80 near the airport early Thursday morning.

UHP is urging drivers to slow down when the road conditions are icy.

“[We] advise people to slow down in weather conditions, make sure you have proper tires on your vehicles, you don’t have bald tires on it,” Swallow said. "...People just aren’t slowing down. They don’t realize snow turns into ice when it melts." 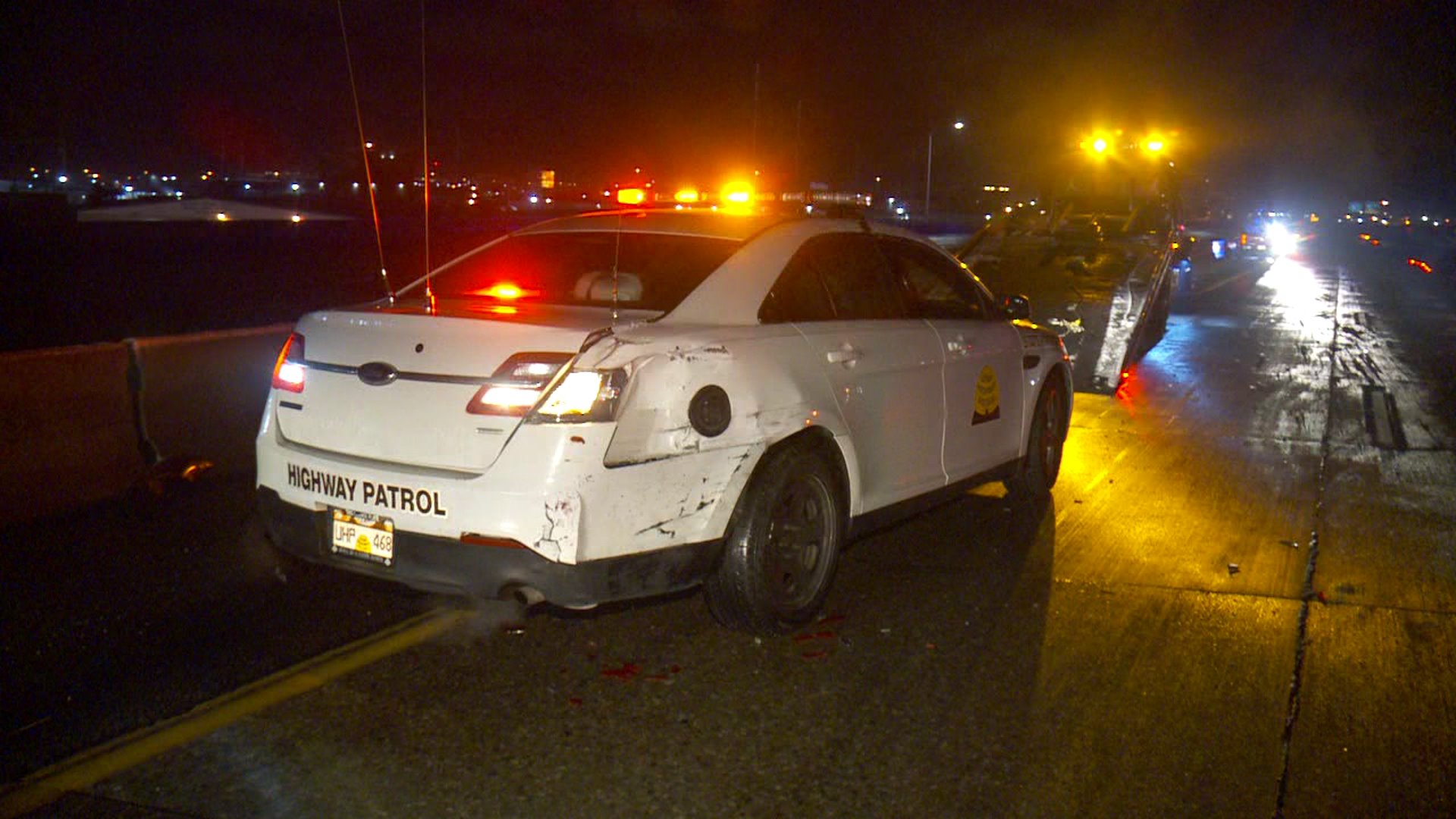