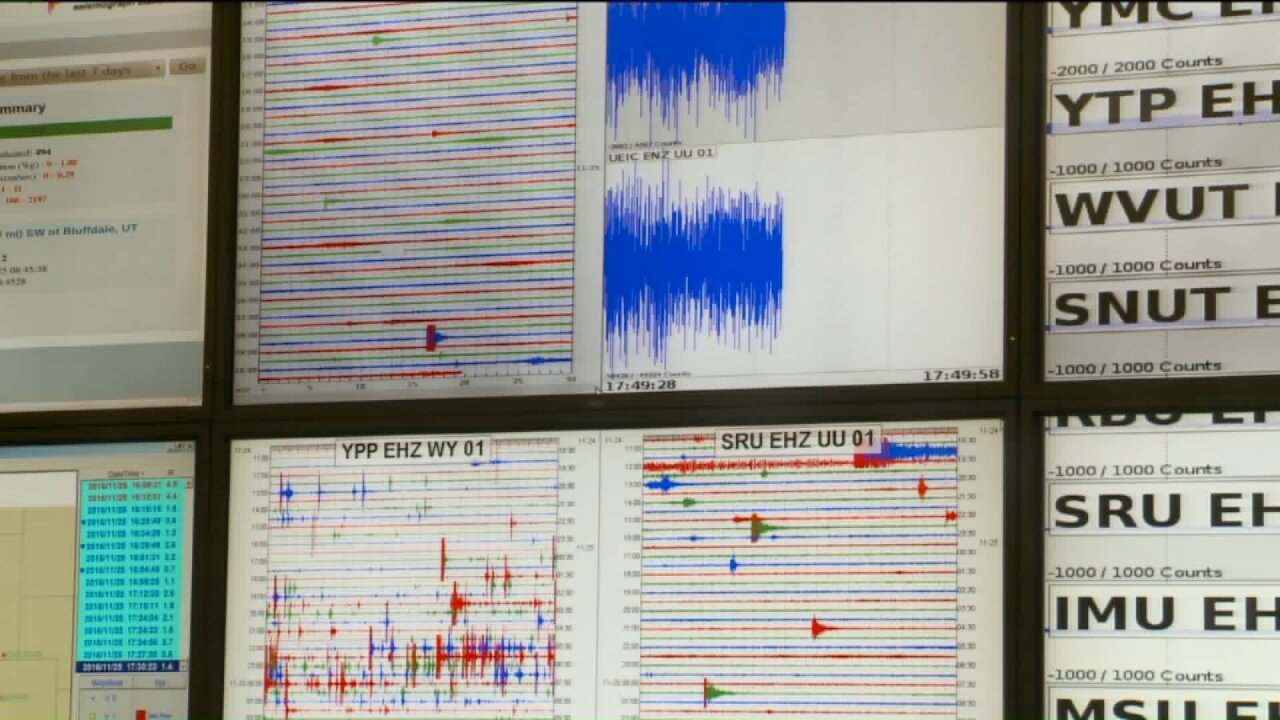 According to USGS, the earthquake happened at 8:45, approximately 6.4 kilometers southwest of Bluffdale and at a depth of 10.1 kilometers.

Pankow told FOX 13 there are likely to be aftershocks, but they'll probably be too weak to notice.

A "ShakeMap" provided by USGS and based on data from the University of Utah's Seismograph Stations shows the area affected:

As the ShakeMap chart shows, a magnitude 3.2 earthquake is not strong enough to cause damage.