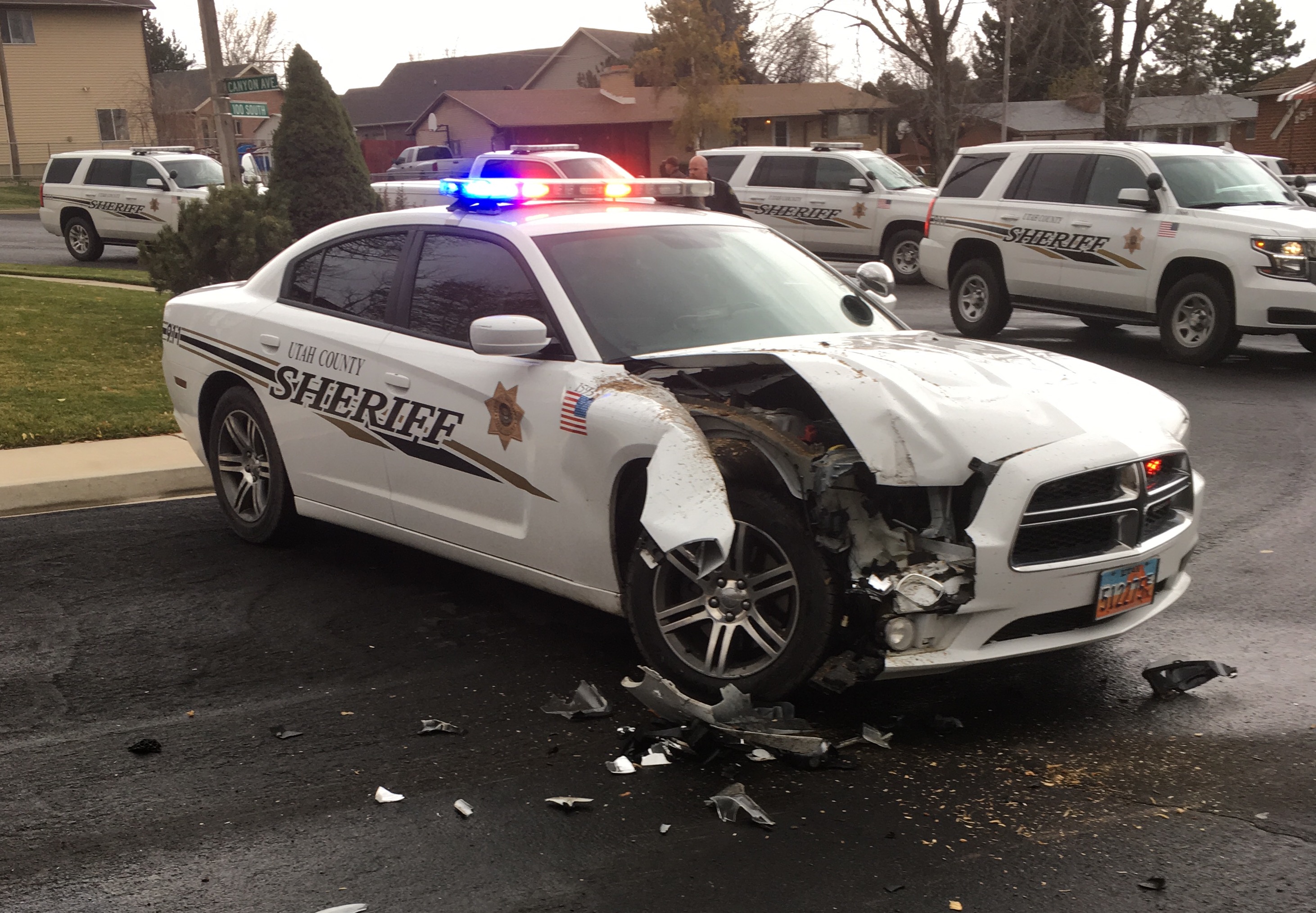 SPRINGVILLE, Utah — A man was booked into jail on several charges Sunday after he allegedly fled from police while in a tree trimming truck before putting the vehicle into reverse and ramming a patrol car at high speeds and pushing the vehicle about 60 feet.

According to the Utah County Sheriff’s Office, things began around 8:30 a.m. Sunday as a deputy saw the driver of a commercial tree trimming truck allegedly run two stop signs while speeding.

The deputy tried to initiate a traffic stop, but the truck accelerated away. The deputy first spotted the truck near 400 North and 400 East, and in the area of 1050 East Center Street the driver of the truck stopped in the middle of the road.

After stopping, the driver began reversing toward the patrol vehicle at high speeds, and the officer was not able to avoid a crash. The impact pushed the patrol car more than 60 feet.

The deputy suffered minor injuries in the crash and was able to call for help and provide a description of the truck and driver.  The driver, 37-year-old Jesse Gardner Anderson of Springville, was later found hiding out at an apartment and was taken into custody around 10:30 a.m.

Anderson has a history of similar behavior, as he has prior convictions for DUI, disorderly conduct, failure to stop at the command of police, leaving the scene of an accident and various other offenses related to driving and alcohol.

Anderson was booked into the Utah County Jail Sunday on charges of attempted aggravated murder on a police officer, criminal mischief, failure to respond to officer’s signal to stop, DUI as third time offense, failure to remain at the scene of an accident, failure to install an ignition interlock device, driving on a revoked license–alcohol related, and reckless driving.