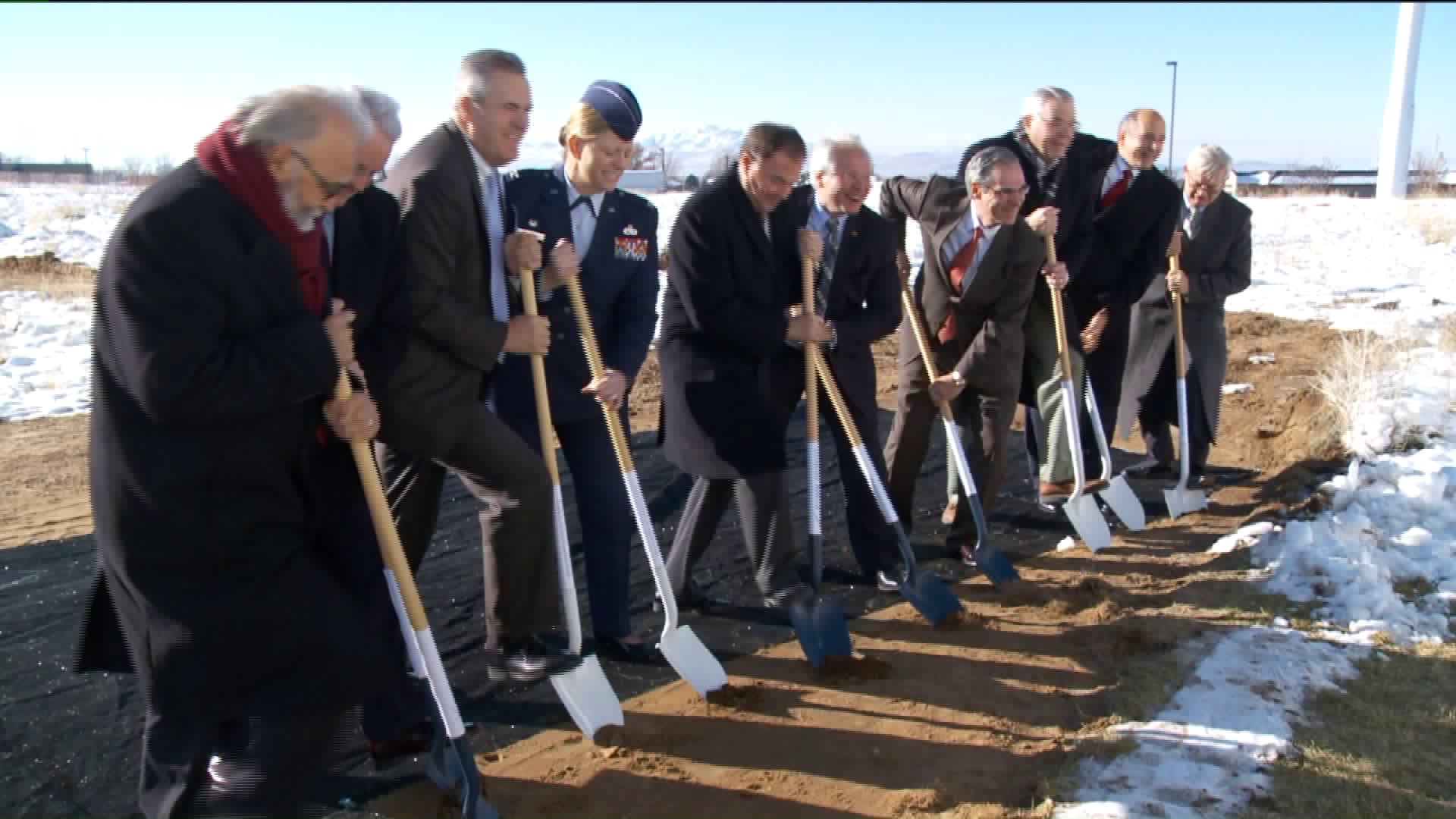 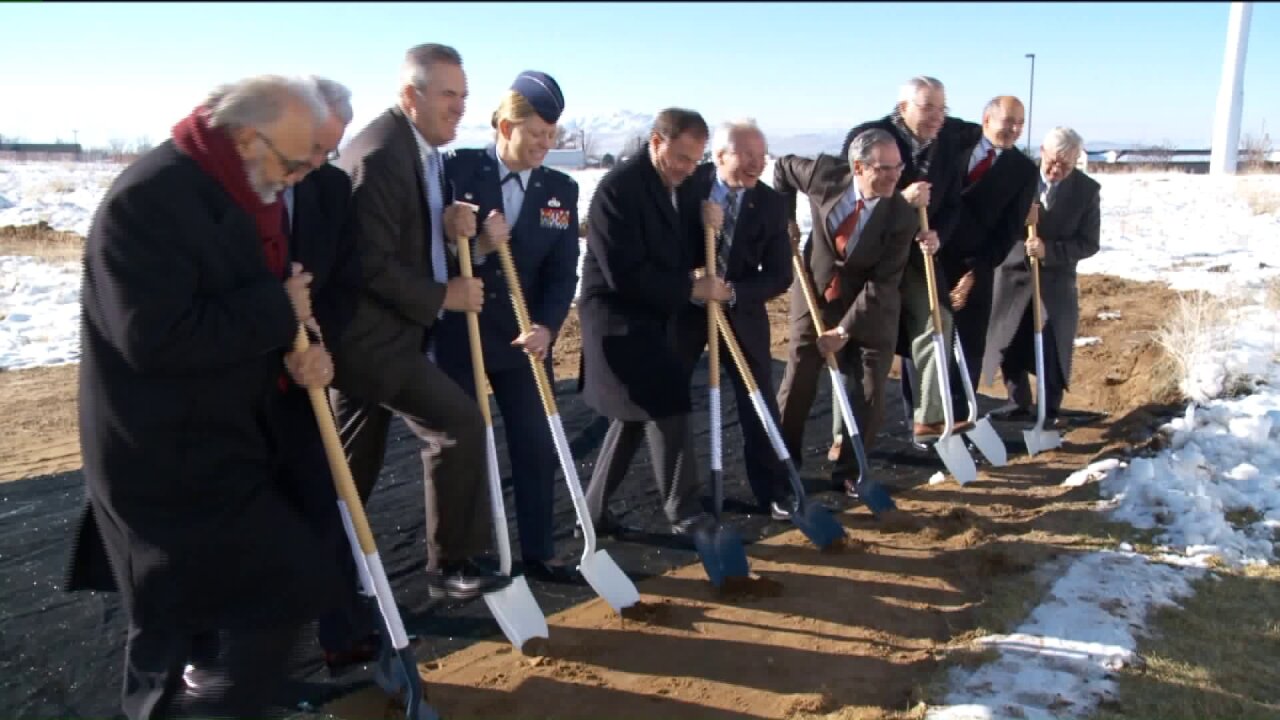 The project is already providing construction jobs for the crews working on it, and in the future it will provide even more employment opportunities in the high-tech field of aerospace and defense research.

"This is an example of significant cooperation over the last nine years," Utah Gov. Gary Herbert said. "When Falcon Hill was developed as a public-private partnership, where the military was going to have enhanced leasing, which had never been done before, this is the largest operation of its kind of in America today."

Officials, including Gov. Herbert, participated in a groundbreaking ceremony Friday morning. The new facility will include high-tech laboratory space, which will enhance collaboration with Air Force officials on several projects.

"It's going to create maybe up to 2,000 jobs over the next 10 years, average pay is about $78,000 a year, which is about twice the state average, so this is not only national defense in action here, doing some good things for the Air Force, but it'll bring economic development for the state of Utah," Herbert said.

Construction is already underway, and it will continue throughout the winter months. The building is expected to be ready by next summer.

"This would not happen if we did not have the support of the local community and the state of Utah," said David Williamson, a project manager for Falcon Hill. "And bringing the developer together with the Air Force, and then the local community with state support, has been fundamental to our success."

Lockheed Martin aerospace engineers will be the first group setting up shop at the new facility.