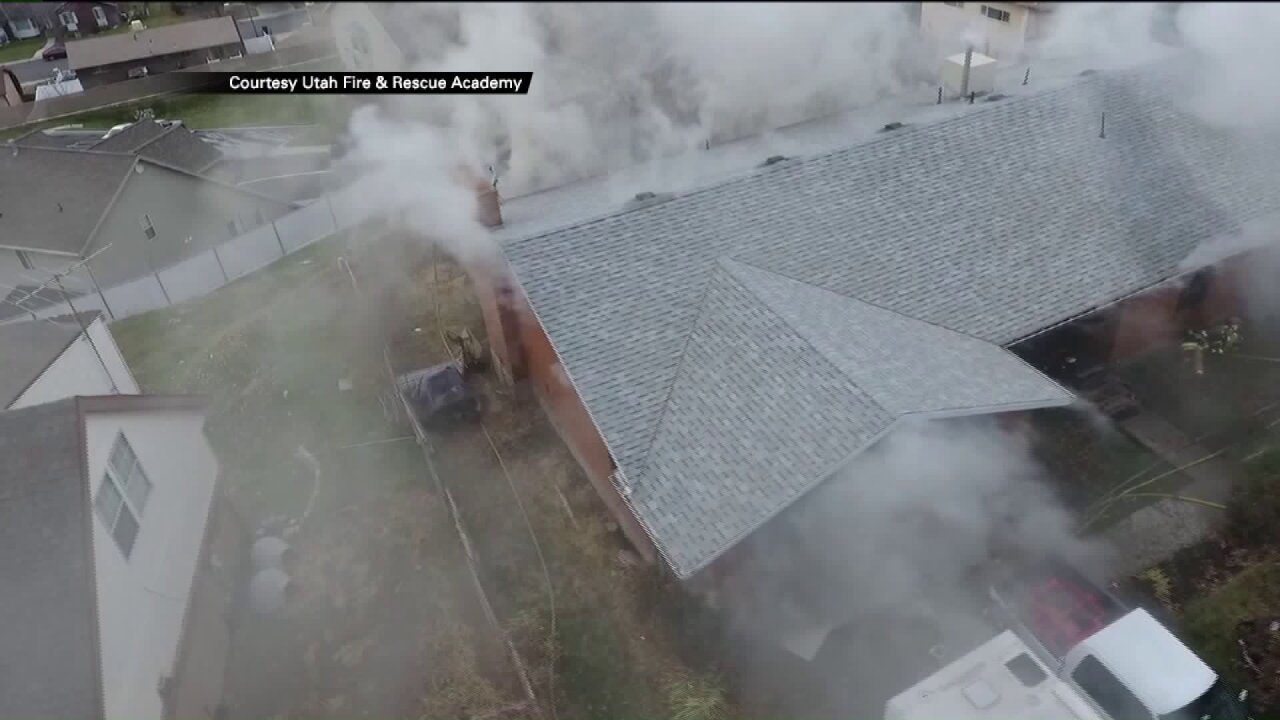 OREM, Utah -- All crews could see from the ground was thick smoke at a house fire in Orem Tuesday, making it nearly impossible for them to know the best way to fight the blaze. But thanks to a drone, crews were able to view the problem from a new perspective.

“We fully expect in the next few years this will be a standard tool in the tool box for fires to manage incidences,” said Ryan Peterson, a program manager at Utah Fire Rescue Academy. “We were able to get the drone in the air and allow the incident commander to have a full aerial view of the incident.”

That view helped give crews the upper hand to get the fire out fast, keeping the 29 firefighters who were battling the blaze safe.

“They may recognize pending signs of building collapse or a rapid change of fire conditions, which they may not recognize immediately from their view [on the ground],” Peterson said.

Peterson is with the Utah Fire Rescue Academy at Utah Valley University and says this fire is a textbook example of how drones can help crews. Peterson shot this video to not only aid Orem firefighters, but also to use it as an example in a new training program he'll be teaching.

The training program will be for new firefighters across the state.

“Overall it helps them in their risk management,” Peterson said “We're going to ensure the students are more than competent, more than capable, to operate it.”

Students will have their FAA license to operate a drone when they graduate, which is a big help for fire departments.

“It directly enhances the safety of firefighters when they're on an incident," Peterson said. "The cost, we can't place a dollar value on life, safety; and the safety of responders and the public is always our primary concern."

Crews expect these drones to be common place in the next two to three years, and the new training program is slated to start at the first of the year.