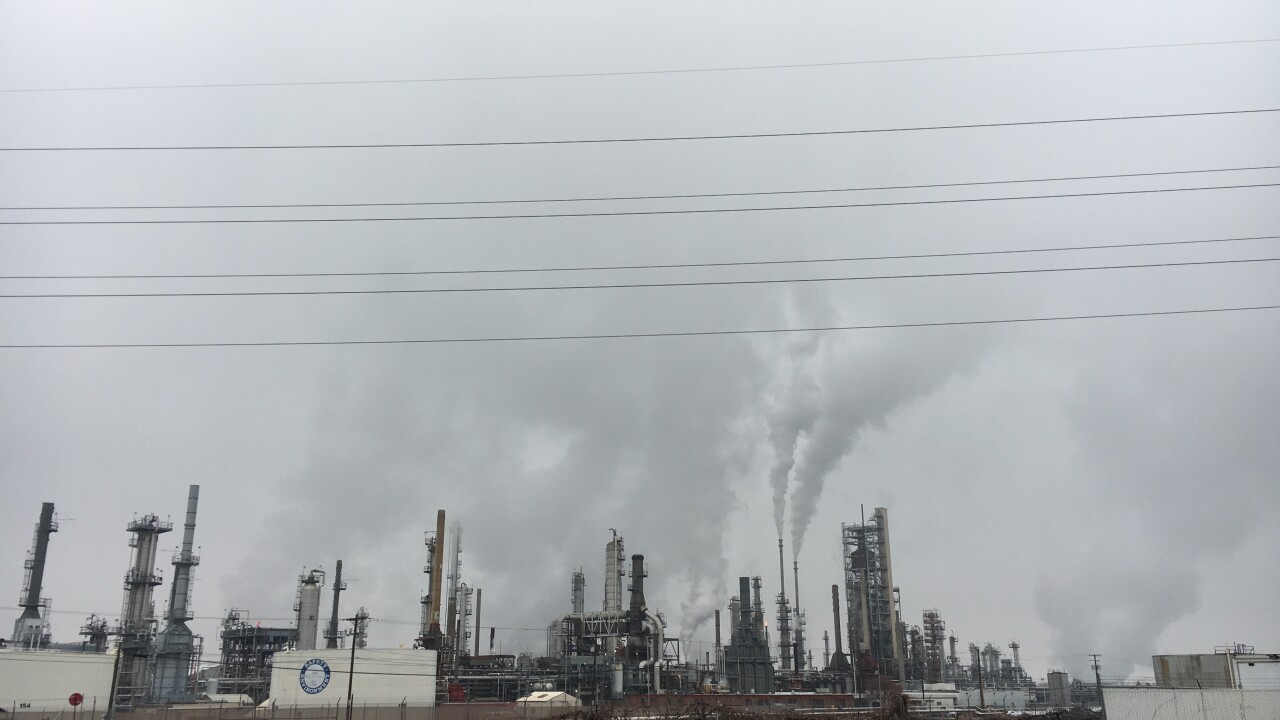 SALT LAKE CITY -- The Utah Supreme Court experienced a little deja vu, as it considers whether to block an expansion permit issued to Holly Refinery in Woods Cross.

Utah Physicians for a Healthy Environment and Friends of the Great Salt Lake are suing the Utah Department of Environmental Quality over the expansion permit granted to the refinery.

"An area plagued by inversions so bad, they literally kill residents of this state," said Joro Walker, an attorney for the environmental groups.

It's the second time environmentalists have gone to the state's top court over air quality and refinery expansion permits and the Utah Supreme Court justices didn't let that escape them.

"This seems like the exact same oral argument we had last year in the other Utah Physicians case," Justice Thomas Lee said. "I'd like to hear more how you think this is different, but I'm having deja vu!"

Justice Christine Durham asked what made this case different from last year's challenge of Tesoro's refinery permit. Walker noted they were similar, but insisted there were differences.  Last year, the Utah Supreme Court heard their challenge to Tesoro's expansion permit and rejected it.

The justices did not focus on air quality or the permit, but on highly technical arguments about whether environmentalists took the proper steps to appeal the decision to the Utah Supreme Court. The attorney for the Utah Department of Environmental Quality insisted they had not.

"The record in this case is over 11,000 pages. All of that information in the record was in support of this agency's decision to issue this permit," said assistant Utah Attorney General Christian Stephens outside of court. "That hasn't adequately been challenged before the court."

Outside court, Holly Refinery lawyer David Reymann said that the expansion permit has allowed it to modernize technology, improving air quality. Utah Physicians for a Healthy Environment said it was frustrated the court would not consider the merits of their case.

"The people who lose if the merits of the case aren't heard are the families who write to us and tell us their children are sick," said executive director Denni Cawley. "They see the thick smoke coming form the refineries."

The Utah Supreme Court took the case under advisement. A ruling is not expected until next year.