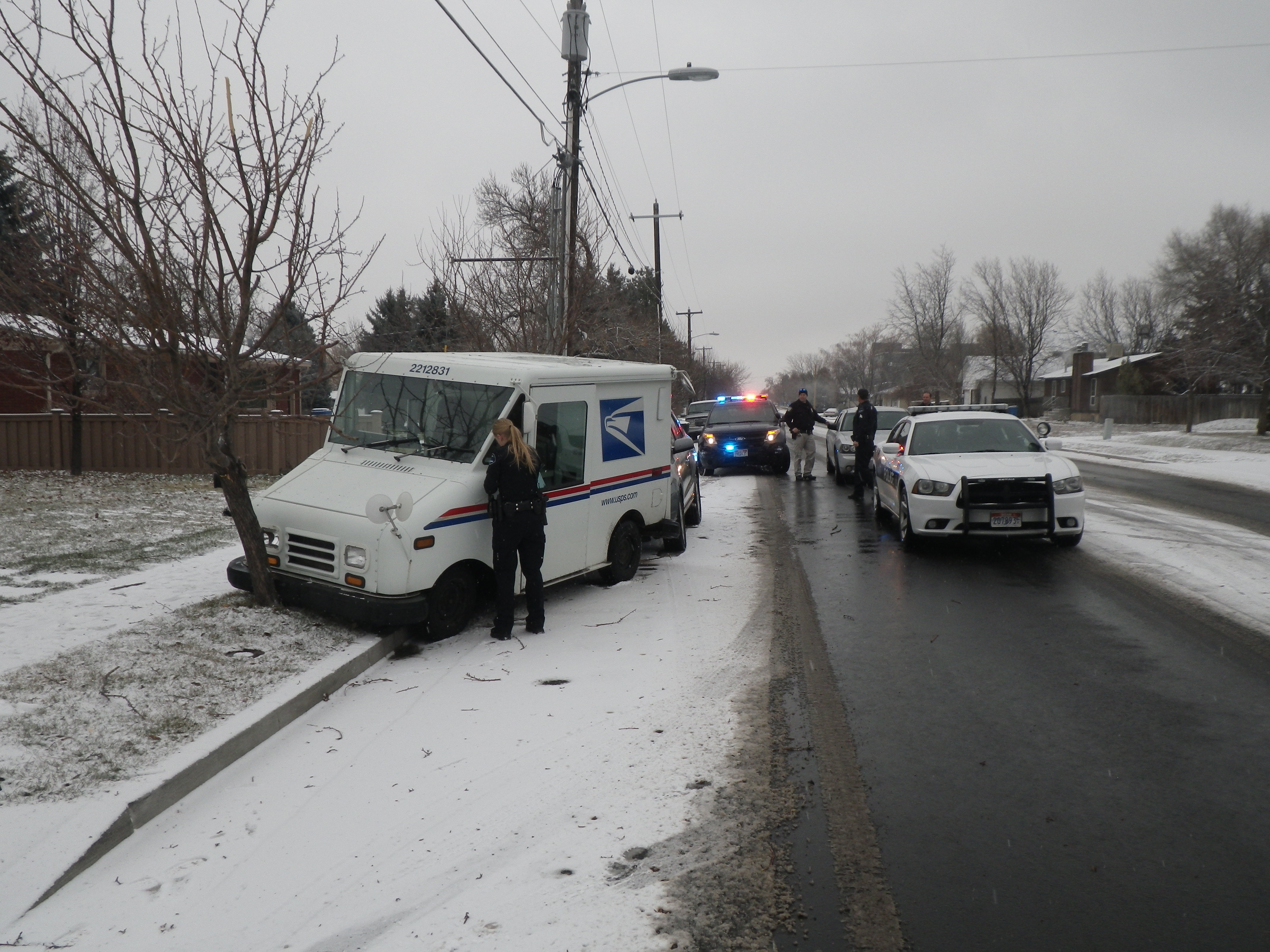 LOGAN, Utah — A Utah man is facing several charges that include theft and DUI after he allegedly stole a doughnut delivery vehicle and later crashed it into a mail truck with the intention of stealing mail.

According to the Logan Police Department, the bizarre string of events began around 5:30 a.m. Wednesday when an employee from Shafferr House Bakery was delivering donuts to a 7-Eleven on 400 North in Logan.

During the delivery, Joshua Islas allegedly stole the vehicle and fled, and police say a short time later the man stopped at a house, seemingly at random, and left a box of a dozen doughnuts.

Around 10 a.m., Islas intentionally crashed the stolen vehicle into the back of a mail truck, allegedly as part of a plan to steal mail. However, police say Islas ran away on foot after the crash instead of carrying out that plan.

There was a letter carrier inside the mail truck at the time of the crash, but there were no serious injuries reported.

Police were called by a nearby resident who saw the man running through neighbor’s yards, and Islas was eventually captured and booked into jail. He faces charges of robbery, theft, driving under the influence of alcohol or drugs, and failure to remain at the scene of an accident with injuries.