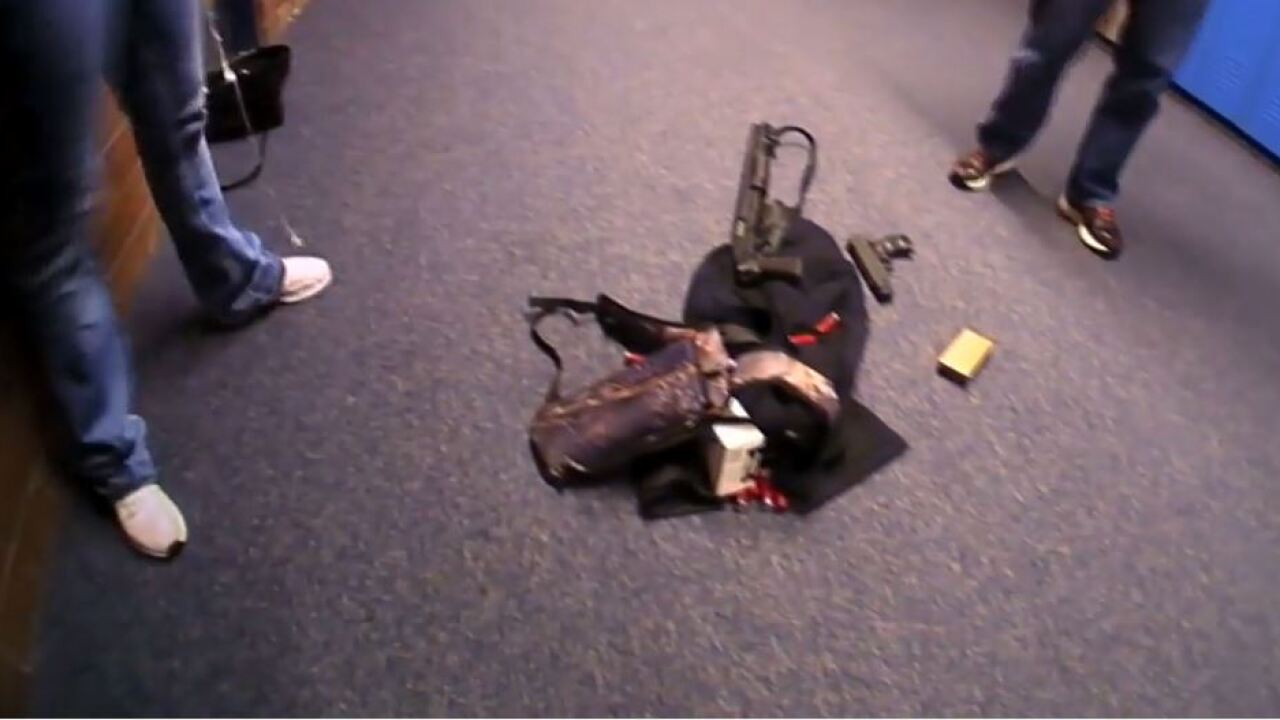 Police say on December 1, a 15-year-old student walked into the school with two guns he had stolen from his parents. They say he shot one into the air inside a classroom and then pointed the other one at himself. The first officer arrived on scene less than a minute later.

"He doesn't charge in blindly, he looks, moves each step of the way, making sure it's safe, checking for threats," said Lt. Dave Edwards as he went over the body cam footage step-by-step with media on Thursday.

Edwards said what you see in the video is exactly how officers are trained to handle an active shooter situation.

"It's a very methodical process, right up until he locates the suspect," Edwards said.

Edwards said it's remarkable how calm the officer was, considering he had no idea what he was walking into.

"You already know there has been a shot fired, and to make that conscious decision not to wait for back-up and to go in there and put yourself between that shooter and any student and faculty member," Edwards said in praise of that officer.

The veteran officer quickly found the 15-year-old student in the hallway. The teen's father was holding him against the wall while his mother stood by.

The officer immediately handcuffed the boy. Next he searched his clothing for more weapons.

The rest of the school was put on lockdown, with every student safely tucked away in classrooms. The officer then turned his attention to the parents and teacher who remained in the hallway.

"So these are parents right here, and teacher, we need to get them out; I need someone to secure this stuff while I take him out," said the unnamed officer in the video.

The stuff he was referring to was a 12 gauge shotgun and a 9 mm handgun that police say the teen stole from his parents. The mom and dad went to the school as soon as they noticed the guns were missing. Police said as they arrived, they could hear the suspect fire a shot into the ceiling of his classroom.

"He was disarmed by his parents," Edwards said. "There is no doubt that they stopped this incident from moving forward, whether that means they saved lives or not: that's debatable."

The officer waited for back up before walking the suspect into a private nurses office behind the front desk. Edwards called the response the best possible outcome.

"Our officer did a great job, I'd like to think any of our officers would have done exactly the same thing," Edwards said.

As for the suspect, he is facing a number of felony charges, including theft of firearms and discharging a firearm.

A hearing scheduled for the teen this week has been continued into next week, as prosecutors say they are attempting to have the young man tried as an adult. The defense also sought that time so their client could undergo a psychiatric evaluation.