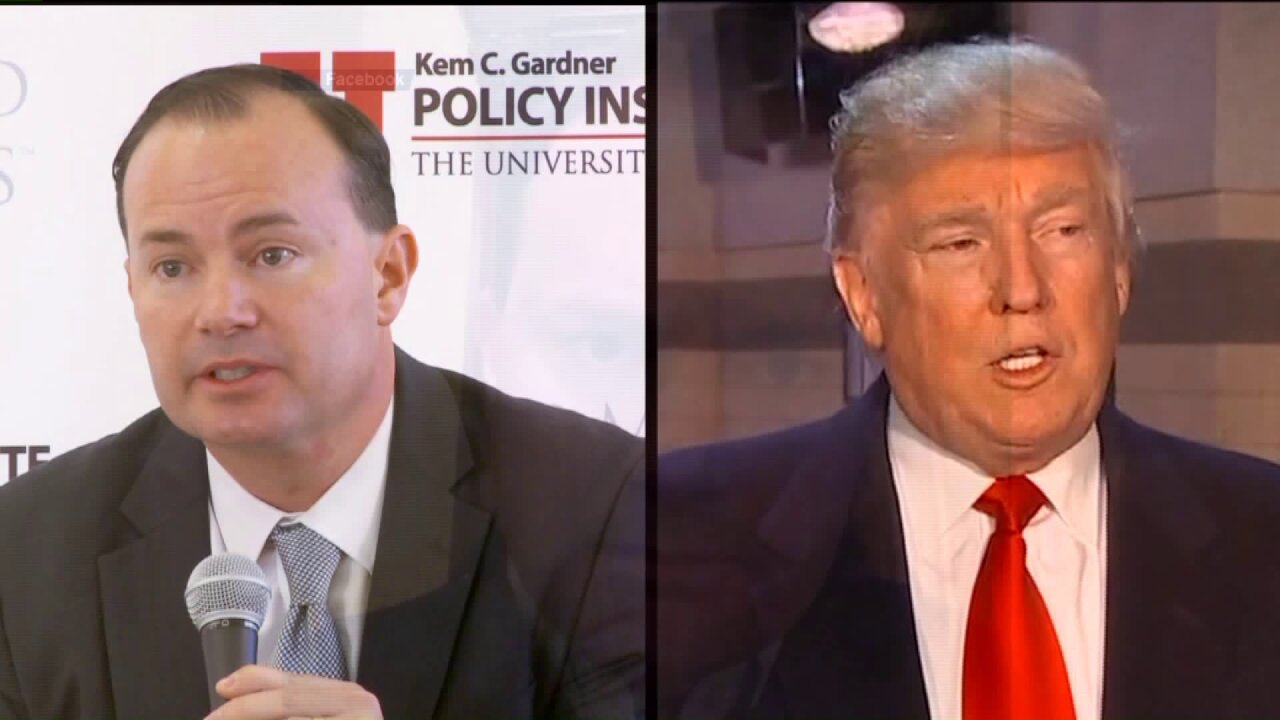 SALT LAKE CITY -- He told Trump to “step aside,” now Utah Senator Mike Lee not only met with the man, but said he “looks forward” to working with the president-elect.

“Sen Lee and President-Elect Trump met for about a half-hour and talked about the Supreme Court, repealing and replacing Obamacare, and the REINS Act. Sen Lee looks forward to working with the president-elect on all of these issues," his office told Fox 13 in an email Thursday afternoon.

Boyd Matheson, President of the Sutherland Institute, weighed in on the importance of the meet-up.

"He is someone who is thinking deeply about, “How do you get an agenda done?," he said. "Because that happens in the well of the United States Senate. He's going to be a big player in that, so I think it made sense for the Trump campaign to bring him in to have those kinds of conversations and to start moving forward."

He said Trump makes decisions and has interaction based on transaction, and he would expect a very business-oriented approach.

“In business you may have someone who is your arch-rival and enemy, but you also might need to have them as an ally on other issues,” he said.

Paul Casell, a former federal judge and a current professor of Law at the University of Utah, said there are other reasons Lee could be meeting with Trump.

“Senator Lee has been on the short list of possible Supreme Court nominees for President-Elect Trump,” Cassell said.

Could the conversation have centered on Mike Lee as the next Supreme Court Justice? It’d certainly be a huge move.

“The last time someone has gone from the United States Senate straight on to the Supreme Court was 1937,” Cassell said, of the rarity of seeing a senator make the switch.

“It's really exciting for the State of Utah to have a Utahn under consideration,” he said, adding that a second local—Utah Supreme Court Justice Thomas Lee--is also on that list. Thomas Lee is Mike Lee's brother.

But Cassell made the point that Sen. Lee sits on the Judiciary Committee, which means he could also have been talking with Trump about other possible candidates.

“Mike Lee has said he doesn't want that job,” Cassell said of the nation's highest court.

Either way, Matheson said it was a pragmatic move for Trump to meet with the senator for a conversation on big issues as the president-elect starts to move forward.