Utah’s governor says he called White House about Bears Ears, no decision yet 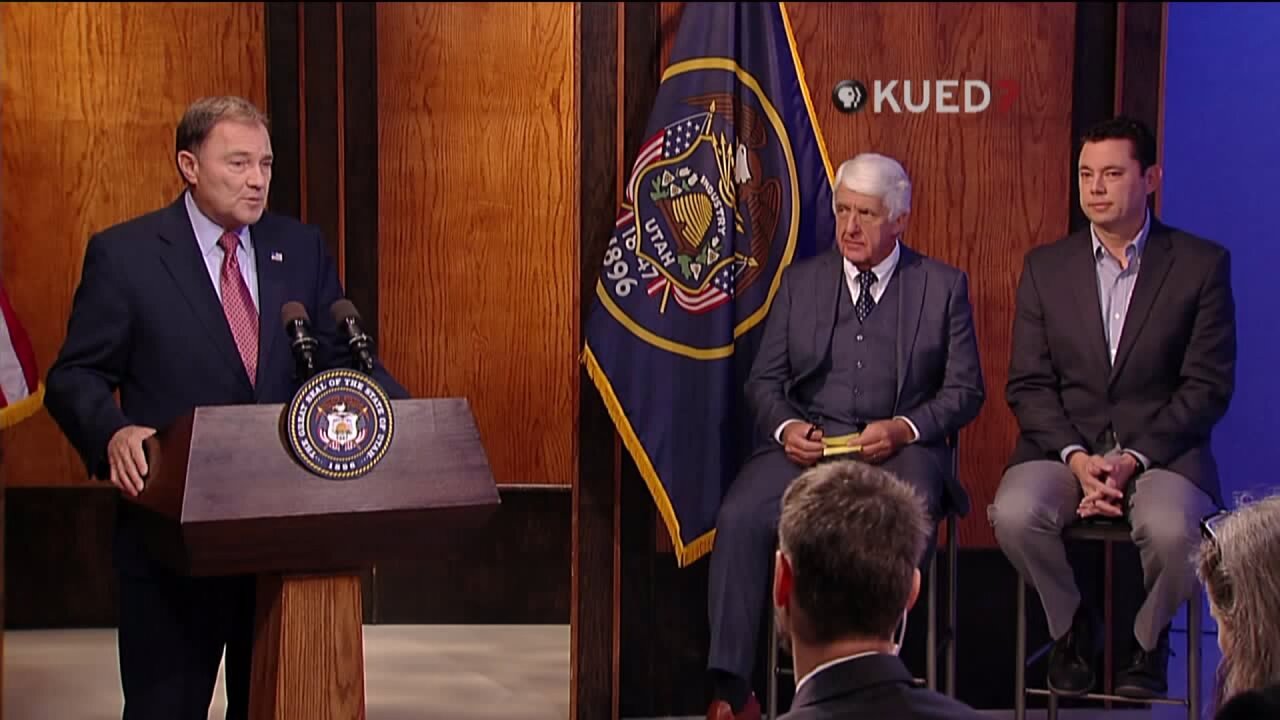 At his monthly news conference on KUED, the governor said he called on Monday and spoke with the president's chief of staff about any Bears Ears National Monument.

Flanked by congressmen Rob Bishop and Jason Chaffetz, the governor reacted to the rumors swirling in recent days that a Bears Ears monument designation was coming. The congressmen acknowledged they didn't have any hard proof, but were responding to rumors.

"The latest rumor is the administration will use the boundaries we have established in the public initiative bill as the monument to justify their actions," Rep. Bishop said.

Utah's congressional delegation is united in its opposition to a Bears Ears National Monument. The governor said he was willing to protect lands in the area, but favored a legislative approach like Bishop's Public Lands Initiative instead of a declaration under the Antiquities Act (President Clinton used the act to create the Grand Staircase-Escalanate National Monument in 1996).

"The only ones I can find that are in favor of the monument are some radical environmentalists," Rep. Chaffetz told reporters.

"Utah’s elected officials had years to act to protect Bears Ears. Yet, instead of attempting serious legislation, they stalled and blocked any real attempts at legislative progress. The Bears Ears region is the most important unprotected cultural landscape in the nation.  It contains tens of thousands of Native American and archeological sites. The region faces an urgent need for conservation," the coalition said in a statement.

The monument has been debated heavily in recent months, including a visit to the area and public hearings conducted by Interior Secretary Sally Jewell. Still, Rep. Chaffetz called it a "midnight monument" being sprung on them by the Obama administration.

Rep. Bishop said if the president does create a national monument, it was his hope that President Donald Trump would undo it.

"There's still that fear in the back of my mind that it won't be that easy to overturn it," he said.