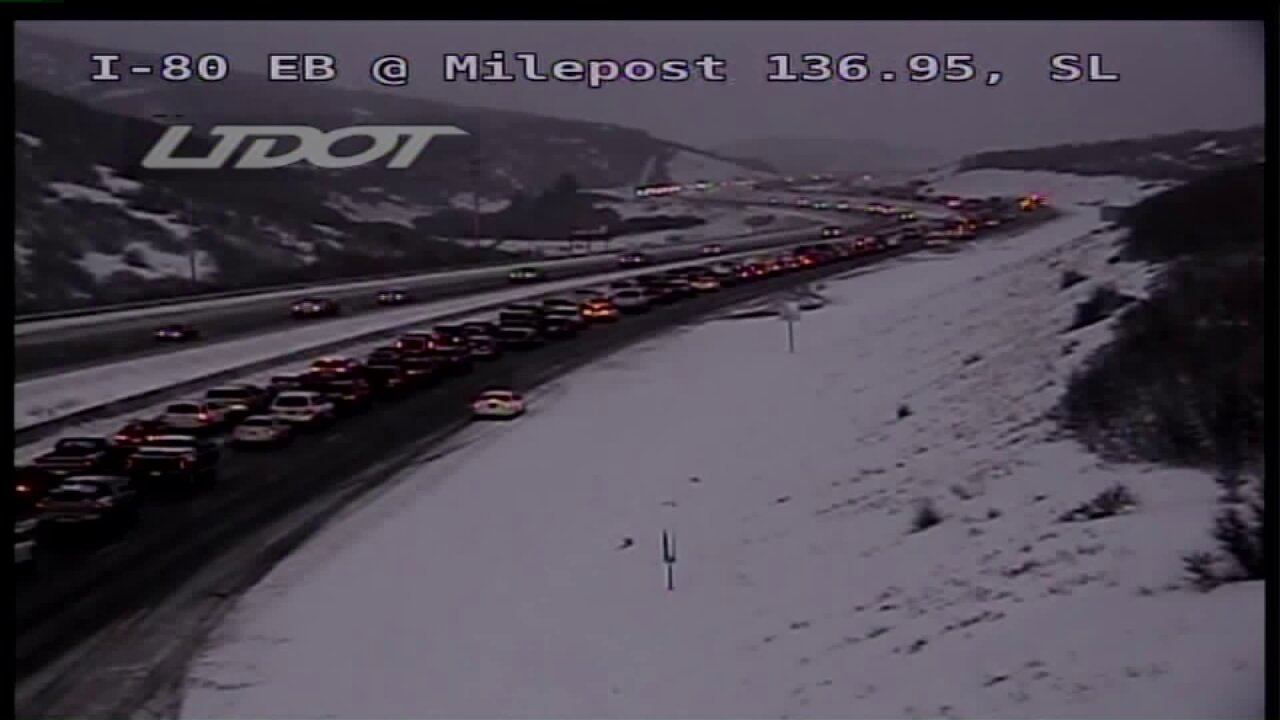 UTAH -- Friday's snow storm created a disastrous mess in nearly every canyon along the Wasatch Front.

Eastbound I-80 through Parley's Canyon along Big and Little Cottonwood Canyons all completely closed down at various times, leading to a headache of traffic backups and stranded drivers.

"I came around the corner and traffic was backed up," said Big Cottonwood Canyon resident Thomas Brennan.

UDOT had closed the canyon down to traffic in both directions, "Because of a crash and some vehicles that have slid off the road," explained UDOT Traveler Information Manager Lisa Miller.

Unified Police reported that no one was seriously injured, but the closure lasted more than two hours.

Brennan killed time in the parking lot, talking to other stranded neighbors.

"At this point I really just want to get home, I want to turn my heaters on and make dinner, and kick back and relax," he said.

While others trying to get out of the canyon, found their own way down.

When asked at what point he had had enough, skier Adam Archibald said, "Probably about an hour and a half after we stopped."

He, his family and a friend had been trying to ride the ski bus down the canyon when it closed. After sitting on the bus, he and his friend decided to ski the four miles down to the mouth of Big Cottonwood Canyon.

Dane Rodman, who was getting a ride from a friend to his car in the parking lot at the bottom of the canyon, had the same idea.

"I had work and I decided, well the canyon's not moving at all so I just decided to ski down," he said.

Unfortunately, skiing or snowboarding wasn't an option for those stranded in Parley's Canyon, which had closed in the eastbound direction around the same time Big Cottonwood shut down.

"Completely bumper-to-bumper all the way down," Trevor Linthorst said, describing the sight.

"You have to almost let go of the situation. You can't control it," he said.

Little Cottonwood Canyon had closed earlier in the afternoon for avalanche control, but had reopened by 3 p.m.

Through Friday night, UDOT required drivers in Big and Little Cottonwood Canyons to chain up or at least have 4-wheel drive and two snow tires.