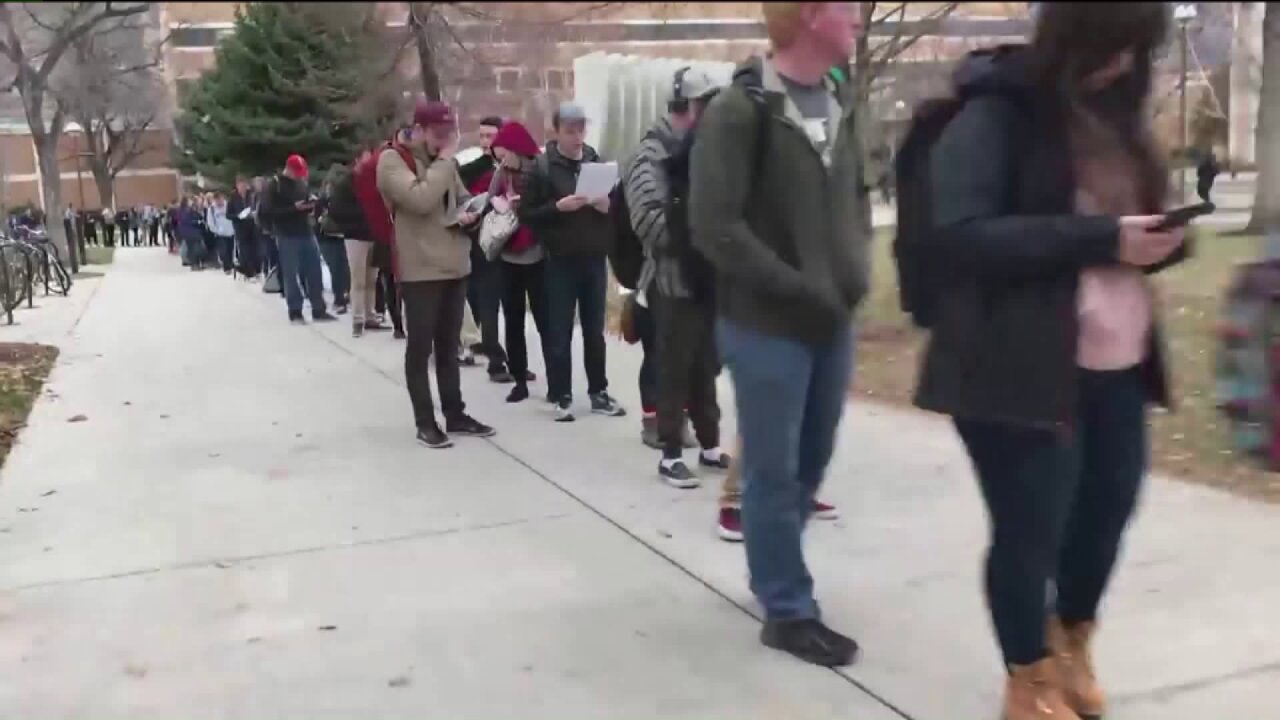 PROVO, Utah -- Close to 2,000 students lined up Thursday at BYU, wrapping all around campus as they waited to take their tests.

“They always talk about the testing center lines, that they're long, but this year was probably a record. It weaved all the way across campus, I think it was half-a-mile long,” said Robert Bodily, a graduate student at BYU.

Bodily shot some video as hundreds of his fellow students lined up inside and outside the testing center at the Grant Building, wrapping around campus. And the line just kept growing.

Hundreds had to wait outside because of fire code restrictions, so students bundled up with books in hand.

Students waited up to three hours to take their tests Thursday, which marked the last day to take finals in the testing center.

“First, I think many students are procrastinators, because the line wasn't that long early in the week,” Bodily said.

The university says that was just the problem. People waited until the last second, making for the long lines.

The testing center was open for days beforehand for those who needed to take finals. BYU’s spokesperson says, even Thursday morning, the lines weren't that long.

“I think BYU is aware of the issue, and they try to open up additional facilities to handle that, but I think students are going to procrastinate regardless of how many facilities you open and I don't know if the university can handle 30,000 students who want to take their test the last day of finals,” Bodily said.

Several videos of students waiting in line were shared online, getting a lot of attention.

“It has 50,000 views and was shared hundreds of times, I think it shows people care about this issue and it's crazy to have such a long line,” Bodily said.

BYU administrators say next semester they're going to focus on better communication with students and they will also try to maximize efficiency at the testing centers.