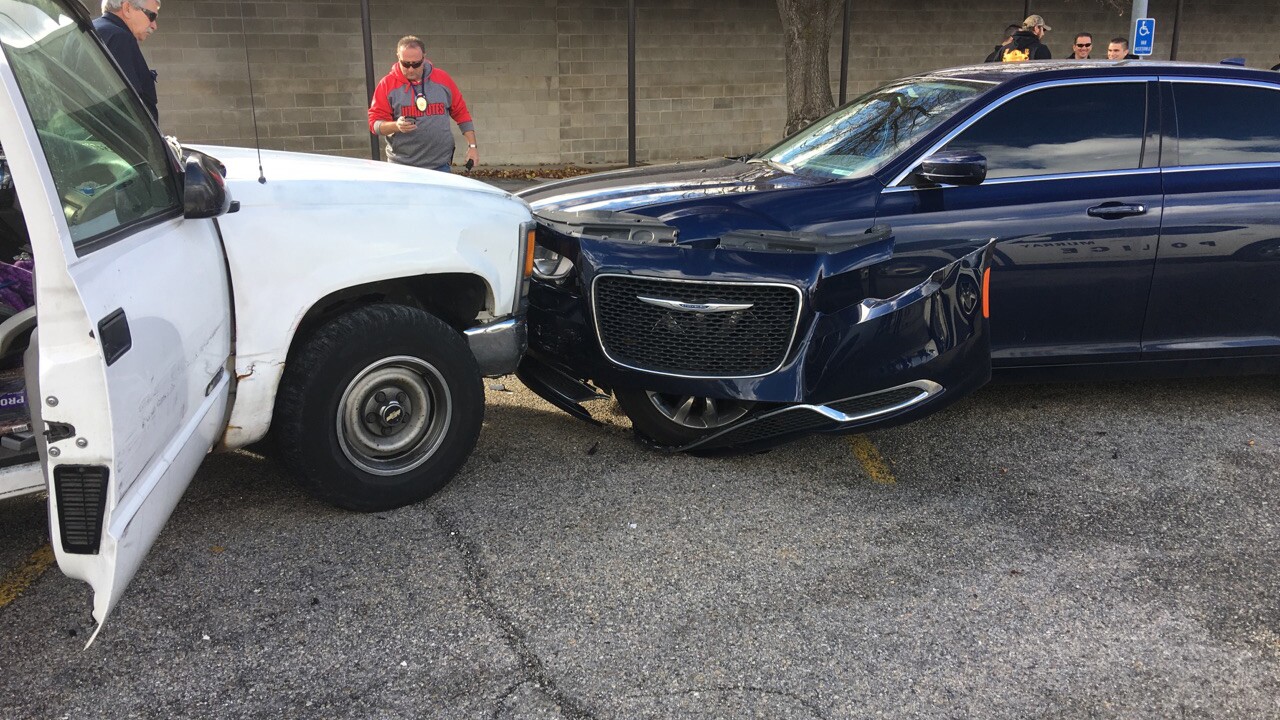 COTTONWOOD HEIGHTS, Utah — Police used a PIT maneuver to stop a vehicle heading toward some elderly pedestrians in Murray Friday after a pair of suspects were spotted snatching packages from porches in Cottonwood Heights.

The officer attempted a traffic stop, but the suspects fled. After a brief pursuit the officer ended the chase for safety reasons.

Other officers in the area later saw a white pickup truck driving erratically, and an officer in an unmarked vehicle saw the suspect vehicle in the parking lot of a senior center near 10 West and 6150 South.

The suspects began to speed away, and Shosted said the truck was heading toward an elderly pair of pedestrians in the lot. At that time the officer in the unmarked car decided to use a PIT maneuver to immobilize the suspect vehicle and prevent a collision with the elderly couple.