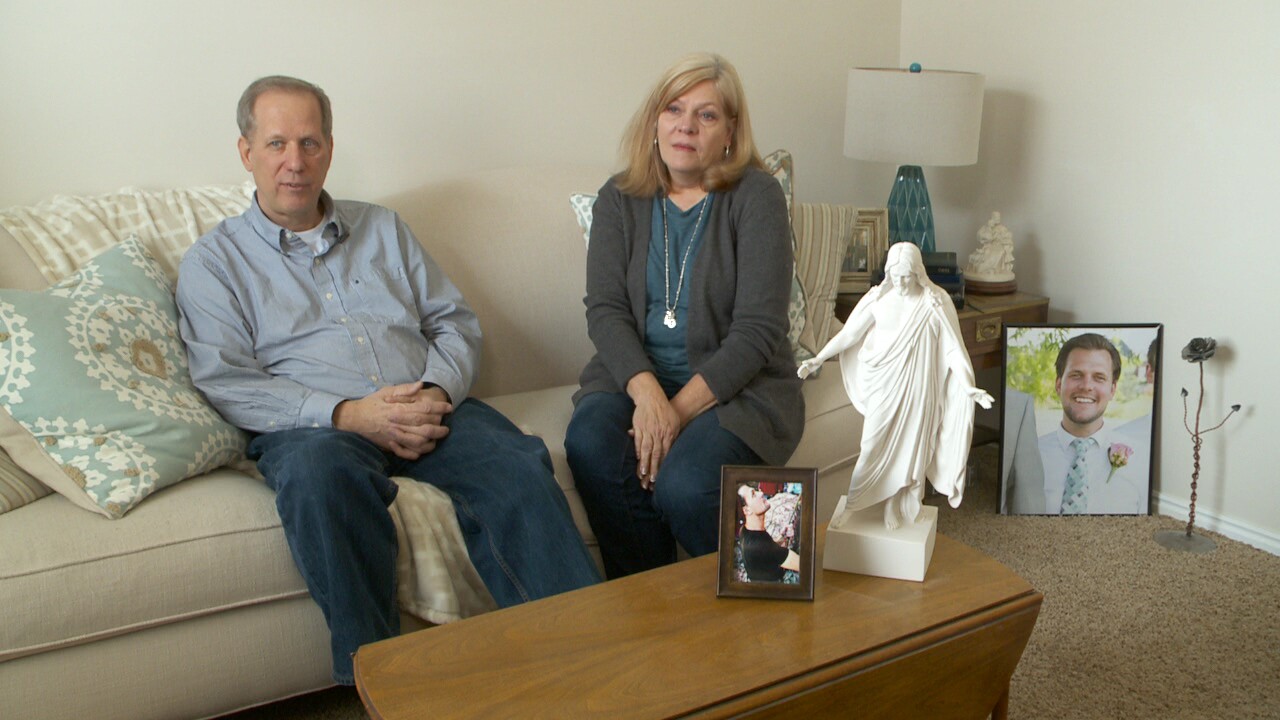 SOUTH JORDAN -- After the latest wrong-way crash involving an allegedly impaired driver, a Utah family with firsthand experience in tragedy is speaking out against driving while under the influence.

“Our thoughts and prayers are with the woman that was injured last night, and hope that she'll be OK, because it's just devastating,” said Jan McMillian.

The McMillians know the pain that can be caused by a drunk driver. Nearly two years ago, their son Michael was coming home from class when he was hit by someone driving under the influence and on the wrong side of the road. Michael died in the hospital a few days later.

“So when we knew he was gone, he had chosen to be an organ donor, so he's my hero,” Jan McMillian said.

Mike McMillian, Michael's father, said driving while under the influence is a choice with devastating potential.

“It is true that the worst thing that can happen is for a parent to lose their child,” he said.

Earlier this week, the Utah Department of Transportation said they have seen 55 incidents of wrong-way driving in the last six months. The state is considering adding wrong-way signs to some areas to try to prevent such incidents.

"Those arrows will be reflectors," Lt. Beau Mason of the Utah Highway Patrol explained. "So they'll only catch the light in one direction, if you're driving the wrong way."

The McMillians say Michael was a kindhearted older brother, a jokester, and a friend to everyone. Though their son's life was taken by a drunk driver, the family knows that the pain and loss goes beyond them.

“If a person causes this, they will never, ever get over it," Mike McMillian said. "There’s so much pain on both sides that could easily be avoidable."

Jan McMillian urged Utahns to take action if they see someone about to get behind the wheel while impaired.

“You can tell if somebody has obviously had too much to drink: Do something about it," she said. "Don't be afraid to hurt their feelings."