SALT LAKE CITY -- Salt Lake City Police have arrested and booked 53-year old Sue Hickman into jail, for the death of a woman found inside a home near Capitol Hill Saturday.

Victim of yesterdays #HOMICIDE near the capital, has been identified as Rose Harris 5/4/62.

Union members of IATSE local 838 say Harris was a co-worker, and passed along condolences.

These are photographs of Rose Harris from her Facebook page. 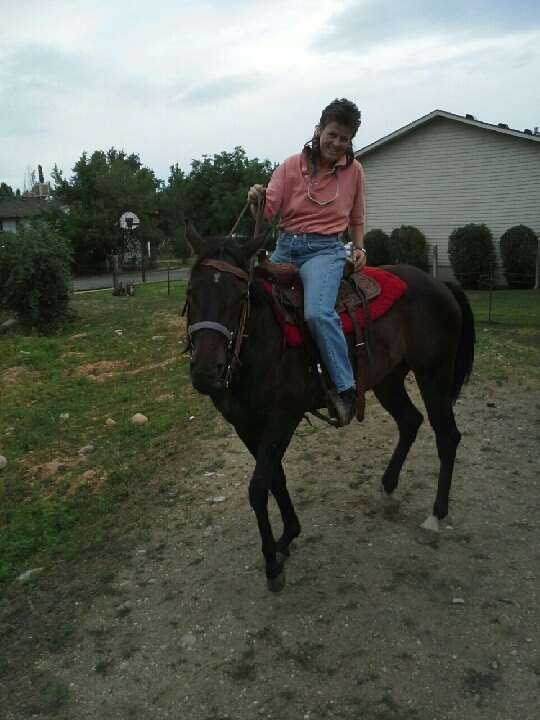 Police were called around 3:30 p.m. Saturday, and the caller asked them to make a welfare check on a woman who was reportedly injured or deceased at a home in the area of 500 North Wall Street.

The caller also mentioned there was a woman at another address in Salt Lake City that police should check up on.

"When the call came in, we were notified as to where that person [who] was possibly involved in this was at," said Detective Greg Wilking of the Salt Lake City Police Department. "Officers were quick to respond to two locations, one location to pick up the person that we now have in custody related to this call, and this location here where we found the deceased individual."

Harris was found at her home on Wall Street. Police apprehended Hickman at the other location, and she was initially described as a person of interest before police called her a suspect in the homicide investigation.

"There is some kind of relationship between the two, I don't know what that is at this time. And that's all part of the investigation," Det. Wilking said.

Neighbors were shocked to see the police and crime scene tape at the house.

"I saw the cops swarming around the house, and I'm like, 'Oh my gosh what's going on?!'" said Kim Davis, whose house shares a backyard with Harris and Hickman's home.

She said the two had been together for many years, and had owned the home for quite a while.

"She was so grounded. She was a very nice, spirited woman," Davis said. "It's sad, because she was such a wonderful person."

Davis said they had recently separated, but got back together. She said she enjoyed hanging out with the two, and they were great neighbors.

"They're wonderful people," she said, adding, "I speak highly of them because they're so nice. Very respectful, thoughtful, caring."