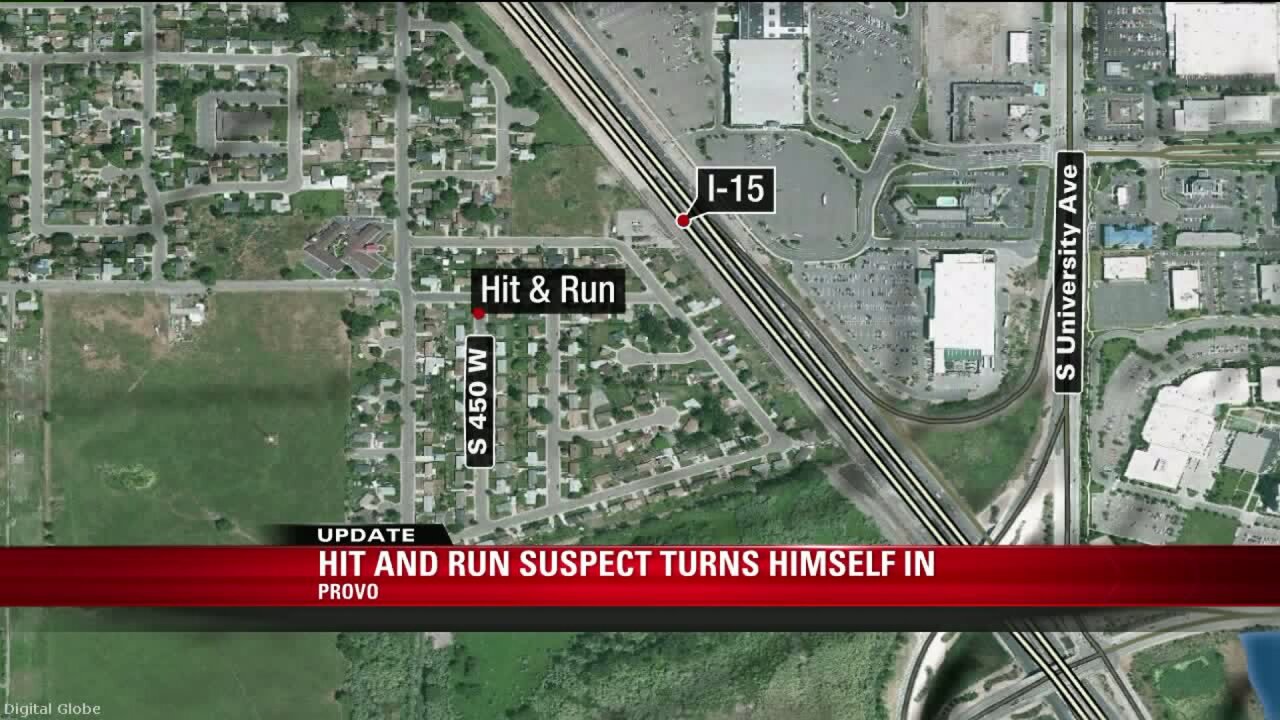 PROVO, Utah — A 30-year-old man has turned himself in after a bicyclist was hit and killed in Provo Sunday night.

Police said 62-year-old Mark Robinson was killed in the wreck.

Officers said the driver initially left the scene and later turned himself in at about 9:30 p.m.

The suspect is now working with authorities.

Authorities said the suspect was looking up an address on his phone when he hit the cyclist.