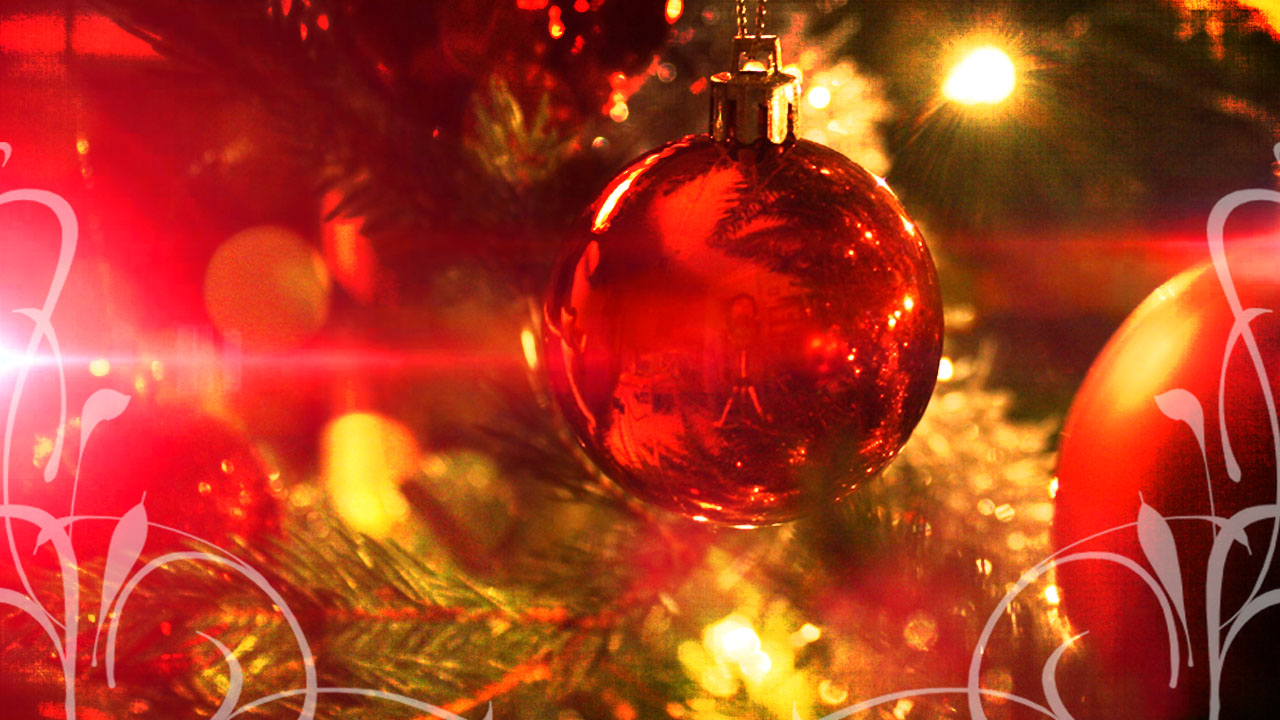 The holiday household can be a bubbling crucible of weirdness, exacerbated by proximity and eggnog.

But no matter what mean things grandma says when she’s had a few or how long your sister’s kids can run in circles around the fragile — kids, FRAGILE! — Christmas tree, it won’t beat the crazy of these classic holiday traditions from around the world.

1. Gather ’round the flaming Yule Goat

In certain parts of Scandinavia, nothing says “Merry Christmas” like a giant straw effigy of a goat.

The “Yule Goat,” (or julbocken, if you’re fancy) originated like most Christmas traditions, in that people aren’t exactly sure. It has some roots in Norse mythology, wherein the god Thor rode around in a chariot pulled by goats. But in more recent history, the lore plays out more along the lines of the Christian association of goats as demonic creatures.

Either way, there are lots of goats. Typically, they manifest as cute little ornaments you put on the tree, but some towns erect giant statues of the goat. And sometimes people set those statues on fire. Adorable.

In Catalonia, Spain, they have pooping logs.

The Tio de Nadal (Christmas log) or Caga Tio (crapping log) is like a cross between a Tamagotchi and a piñata. A few days into December, parents gift their kiddies a friendly looking hollow log for them to care for. Every night, the family “feeds” the log and covers it with a blanket. Then, on Christmas, they sing log songs and beat the log with sticks, ordering it to eliminate. And eliminate it does — nuts, dates, candies — and when it can eliminate no more, its swan song comes in the form of some pungent food like onion or herring.

3. Your Christmas scene? I poop on it

There is a suspicious amount of defecation involved in Catalan holiday celebrations.

The caganer is a traditional sculpture that originated in Catalonia and spread to most of Western Europe. It’s basically a little figure that drops trou and poops all over nativity scenes. Why? Honestly, why not — some say it’s a fertility symbol, and others claim the figures are supposed to be a reminder that poop, like death, is a great equalizer. Sometimes people make caganers of celebrities, government officials or royalty.

The figure is typically hidden somewhere in the scene (hopefully, far away from the baby Jesus), and little kids have a blast trying to find it.

4. Hide yo brooms, hide yo wife

In Norway, they have a pretty solid idea of what witches and evil spirits do and do not like. And man, do those spirits love brooms. They also love Christmas, so on Christmas Eve, people hide their brooms so witches and the like won’t hang around. For good measure, a male family member may pop his head out the front door and fire off a few blasts from a shotgun to show those spirits who’s boss.

5. Krampus is here to scar your children

Kids, meet Krampus. He looks like a goat who has eaten 20 other goats and then walked through fire. He will threaten you with rusty chains and kidnap you if you’ve been naughty. Sometimes, he is literally an embodiment of Satan.

The same people who brought you the messed up world of the Brothers Grimm are also responsible for Krampus. In Germany, Austria, Croatia and surrounding countries, a guy dressed as Krampus will roam the streets terrifying children and reminding them that with the sweetness and light of Christmas comes an equal and opposite force of darkness and evil, and if you’re a naughty little girl or boy, Krampus will cart you off AND EAT YOU. Bye!

In Italy, Spain and parts of Central America, people wear red underwear on New Year’s Eve. Normal enough: Red has long been considered an auspicious color, and swaddling your bum in it seems like a decent way to start the New Year off on a good, er, foot. But whenever there’s underwear involved, you can count on people to get weird about it.

Every year, in the small Spanish town of la Font de la Figuera, people take the opportunity to the fullest and run around in their crimson skivvies. And yes, it’s usually freezing cold. It’s not a Christmas tradition, but you still have time to pick up a pair of Hanes and traumatize the neighbors. You can tell the judge you were just being cultural.