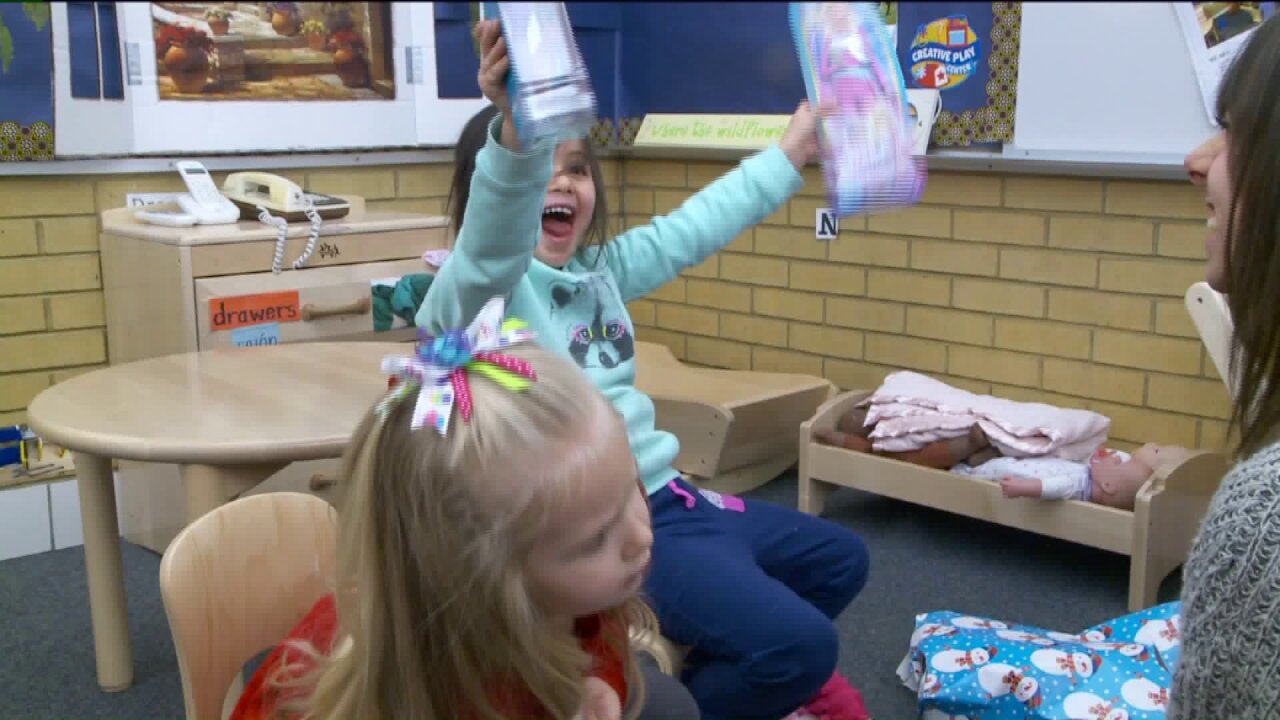 DAVIS COUNTY, Utah — Christmas cheer flooded the hearts of hundreds of high school students Wednesday afternoon. Teens rallied together to raise money to get gifts for every single student at the school with the highest poverty rate in the Davis School District.

“I think this is one of the most amazing things I've ever been able to do,” said Emma Blood, a student at Viewmont High School.

“Through this whole thing, it's been amazing to see how generous people have been with donating,” Blood said.

Students at Viewmont High School raised more than $73,000 to buy clothing and gifts for every student at Vae Elementary. The elementary is a Title 1 school in Davis County,  meaning most of the students are in low-income families.

Thousands of dollars were spent, but the children's reactions were priceless.

“So excited. It was so cool because they were both, they were opening them and they were so excited. And they were [saying] 'I wanted this! This was just what I wanted!',” said Winkelman.

Students not only raised the money, but picked out the gifts, wrapped them and hand-delivered them.

“I was so excited to meet these girls because yesterday we went shopping for them,” Winkelman said.

The teens said it was humbling to see the children open their gifts.

“Christmas is giving but it's also receiving. You have to be willing to receive and these girls are so willing. They're so happy to be given something that they don't ever get. And I'm so happy to give it to them,” Winkelman said.

Seeing the children’s smiles was the best gift the teens could ask for.

“I've never really felt just an actual Christmas spirit before. But today, especially seeing just how happy everybody is and just how grateful they are, like, it just makes me want to go out and serve. It's awesome,” said Tyson Lindquift, Spirit Officer, Viewmont High School.

The students collected donations from businesses and residents. They are hoping to get more donations in the coming days to tip that number over $80,000.

Any funds left over from the fundraiser will go to "Child Spree", which helps give clothing to those who can't afford the basics.