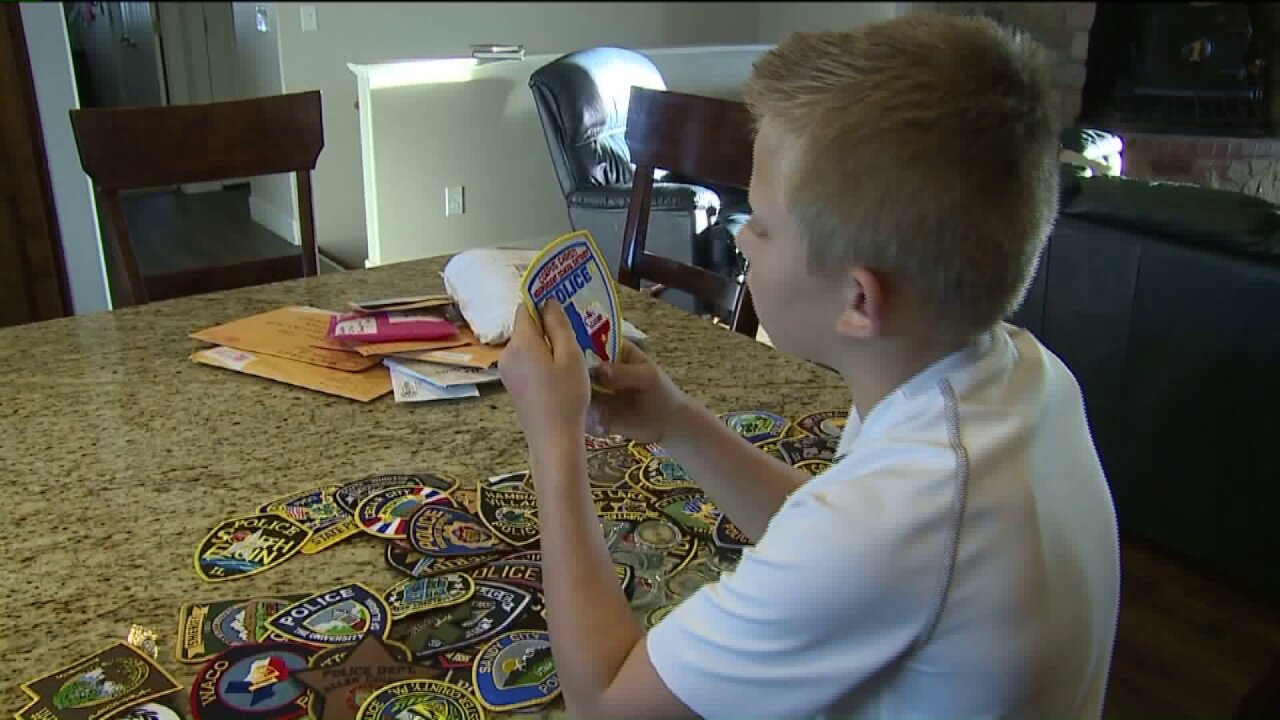 PERRY, Utah — An eight-year-old from Perry is on a mission to collect as many different police patches as he can.

In less than a month, Logan Cefalo has already received more than 1,000.

However, they aren't for him. They are for the family of Trooper Eric Ellsworth. Ellsworth died in November from injuries suffered in the line of duty.

"Well, me and my dad are real close, so I thought if I lost my dad how I would feel," said Logan.

Logan said he got the idea for the patches after speaking with Ellsworth's son Bennett at the funeral. The two are close friends.

"He had three at the viewing and just those made him happy, so I thought if he had more that might make him even happier," said Logan.

Through the power of social media, the patches began filling up the mailbox on a daily basis. They have come from five different countries and 47 different states.

"Some nights we were so busy we didn't even have time to open all of the letters because we didn't have enough time in the evening, so it started stacking up for a while," said mother Angie Cefalo.

Many of the patches come with heartfelt stories.

"Some people even unstitched them off their uniforms to send them," said Logan.

Logan and his mother have already dropped off one box of patches to the three Ellsworth children. It will be the first of many trips.

"Their eyes just exploded," said Logan. "Help them remember that people are caring about them."