Soldier surprises daughter with her only Christmas wish 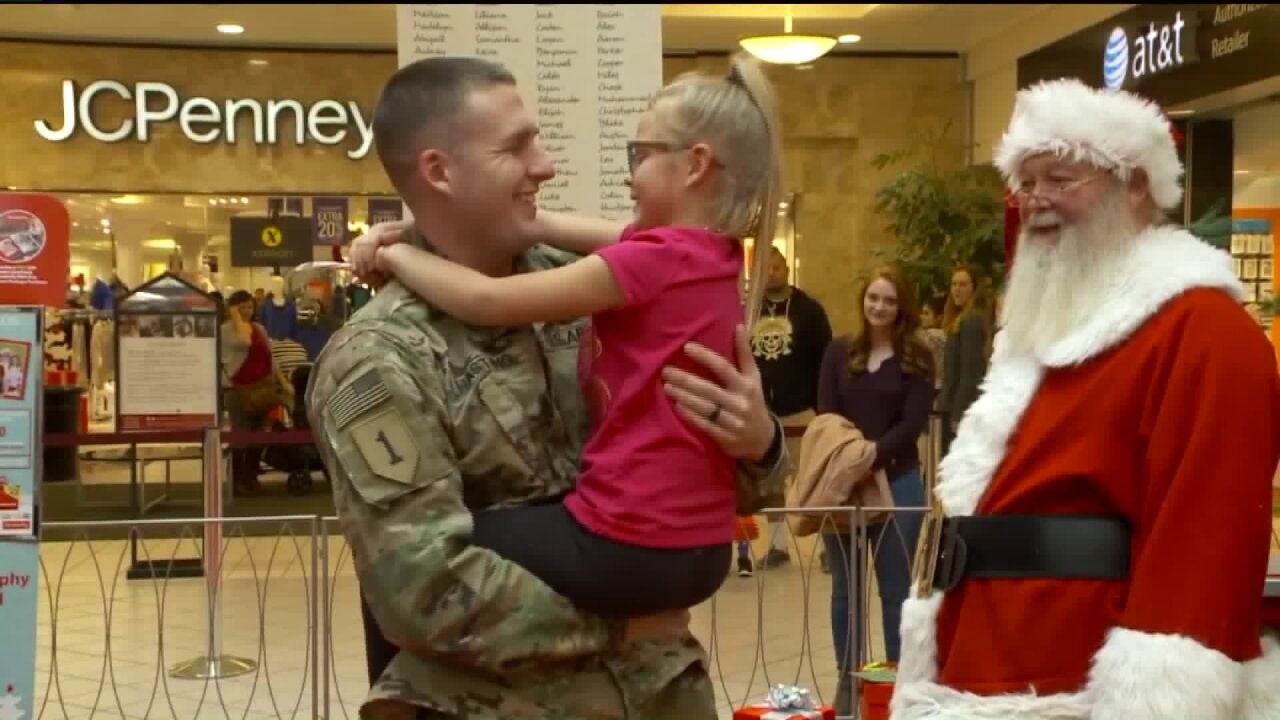 PROVO, Utah — While little boys and girls spent the day telling Santa what they wanted for Christmas, Sgt. Joshua Hasting had a plan to give his six-year-old daughter Ruby the ultimate gift.

"I'm surprising my daughter for Christmas. She has no idea I’m coming home from deployment so hopefully it’ll be good and she hasn’t figured it out already," says Hastings.

With a little help from his dad, Sgt. Hasting worked it out with Santa to hide behind the tree while Ruby sat on his lap. Right after she told him what she wanted for Christmas, her dad surprised her.

When we asked Ruby what she asked Santa for Christmas, she said all she wanted was for her daddy to come home.

It's been four months since the two had seen each other and as far as Ruby knew, it would be months before her dad would be home again.

Sgt. Hastings is looking forward to the day that surprises are no longer necessary.

"I got one contract left and then I think I’m going to go to the National Guard for Utah or something that route so I can be home a little bit more," says Sgt. Hastings.

However, until then, he's thrilled to give his little girl a Christmas she'll never forget.

Sgt. Hastings will be in town for a few months and then he'll deploy again to Afghanistan. He plans on spending every second he can with his little girl until that day comes.