Two hijackers aboard Libyan plane threaten to blow up airliner 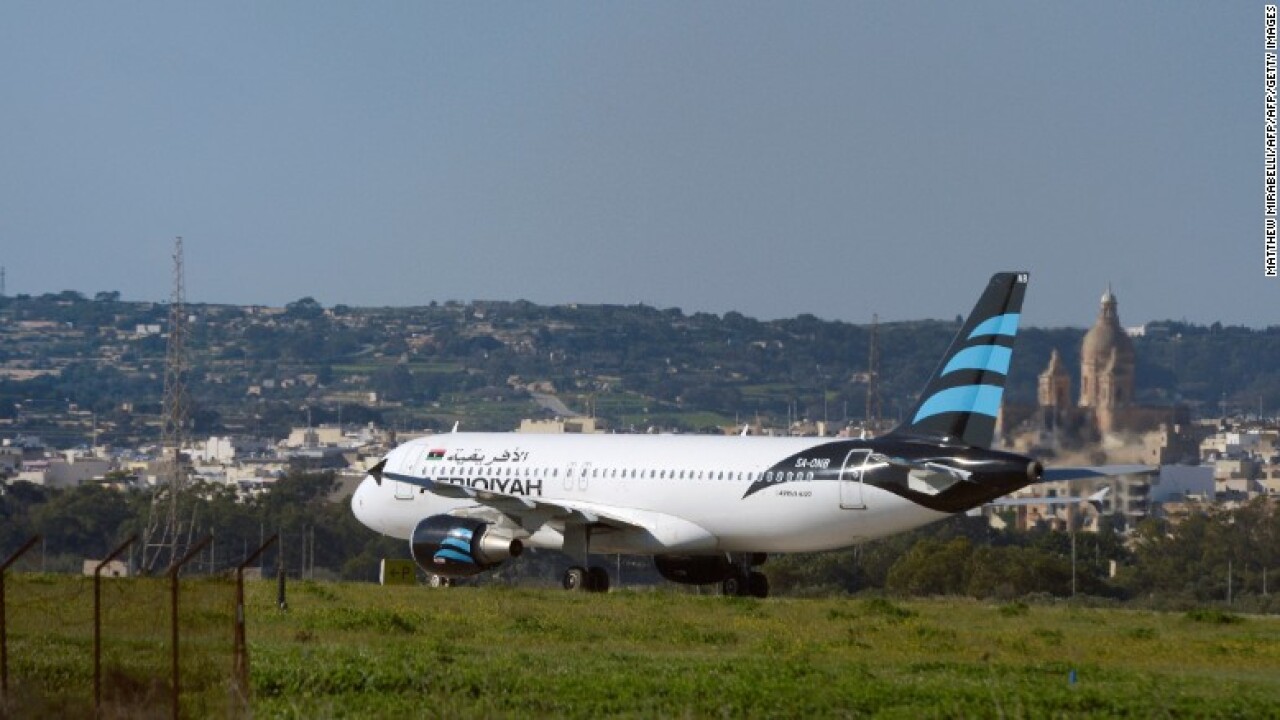 MALTA – Two hijackers aboard a Libyan plane that was forced to land in Malta have threatened to blow up the aircraft with grenades, Maltese officials said.

The hijackers, who took over the Afriqiyah Airways flight with 111 passengers on board, allowed a number of women and children to leave the plane.

Malta’s armed forces were leading the negotiations with the hijackers, according to Etienne Saint John, a spokesman for Malta’s Ministry of Foreign Affairs.

“They have grenades and are threatening to blow up the plane. No words on their demands yet,” he told CNN.

“The foreign affairs ministry is waiting for the passenger manifest. The safety of the passengers is of the utmost importance.”

The plane was on service from Sabha, a city in southwestern Libya, to the capital, Tripoli, on the country’s northern coast.

Live tracker FlightRadar24 said the aircraft was an Airbus A320.

The Afriqiyah Airways plane was carrying 111 passengers, including one infant, Maltese Prime Minister Joseph Muscat tweeted, while the French news agency AFP said an additional seven crew members were on board.

Women and children were being let off the aircraft, Malta’s Prime Minister’s Office said, while Television Malta showed images of the plane’s door opening and of women walking down the staircase onto the tarmac.

While it is unclear who might be behind the hijacking, Sabha in Libya’s south has been a center for political tribal violence.

According to the airport’s website, several flights had been diverted to Catania-Fontanarossa Airport in Italy.

Outbound flights have been delayed.