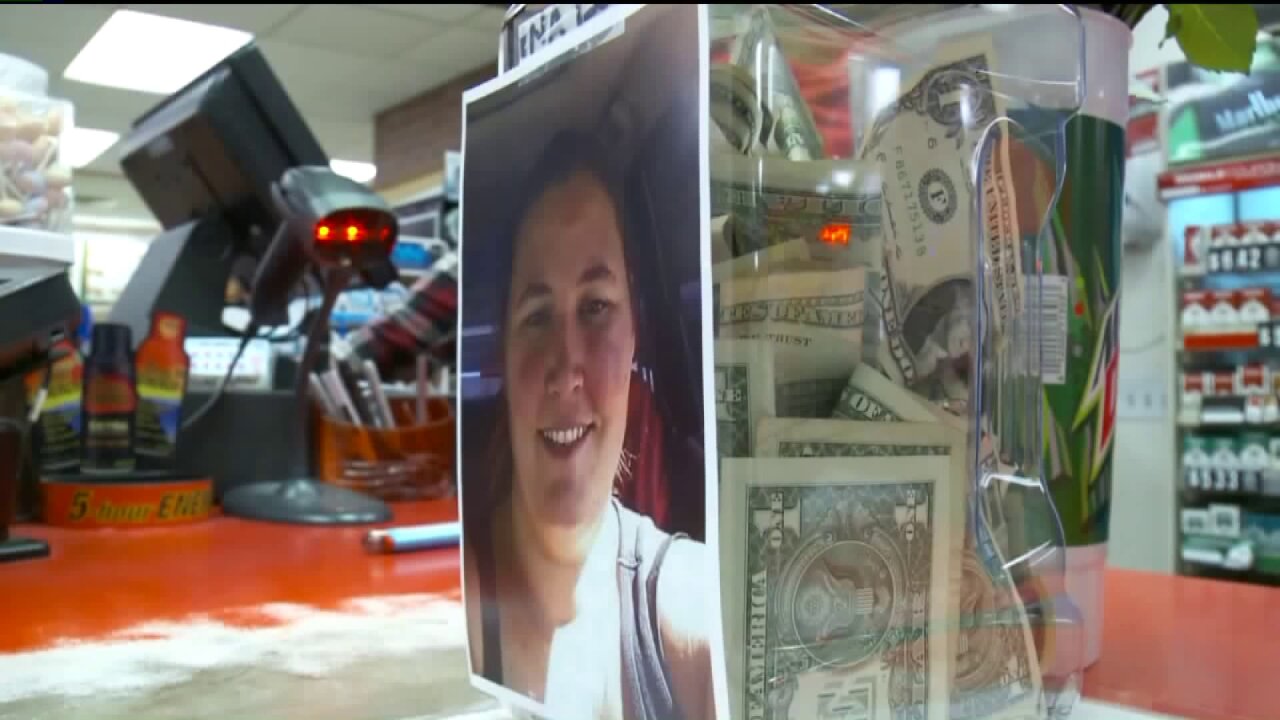 AMERICAN FORK, Utah -- One dollar at a time, the money is adding up in a donation jar at the Fast Gas Exxon Station in American Fork for Tina Marie Lowe.

Lowe was shot several times on Christmas Eve morning while working at the gas station. Police initially believed it was a robbery gone wrong, but now say it was a domestic dispute.

They are searching for Tina Lowe’s estranged husband Michael Darin Lowe.  He is considered armed, dangerous and possibly suicidal.

While the investigation continues, the gas station is buzzing with concerned customers.

"We've had all day, just how she doing. Have we heard anything," said co-worker and friend Jodi Gilliland.

Gilliland said as of Monday, Tina Lowe was responsive in the hospital.  American Fork police say she is still in critical condition.

"She is amazing, sweet, do anything for everybody," Anderton said.

It appears just about everybody stopping by the station is doing their best to help by dropping off donations as they pay for gas and snacks.

On Tuesday, Anderton said there will be another way to help. They are setting up a donation account at Mountain American Credit Union.

Just go into any branch and give Tina Marie Lowe's name to donate.