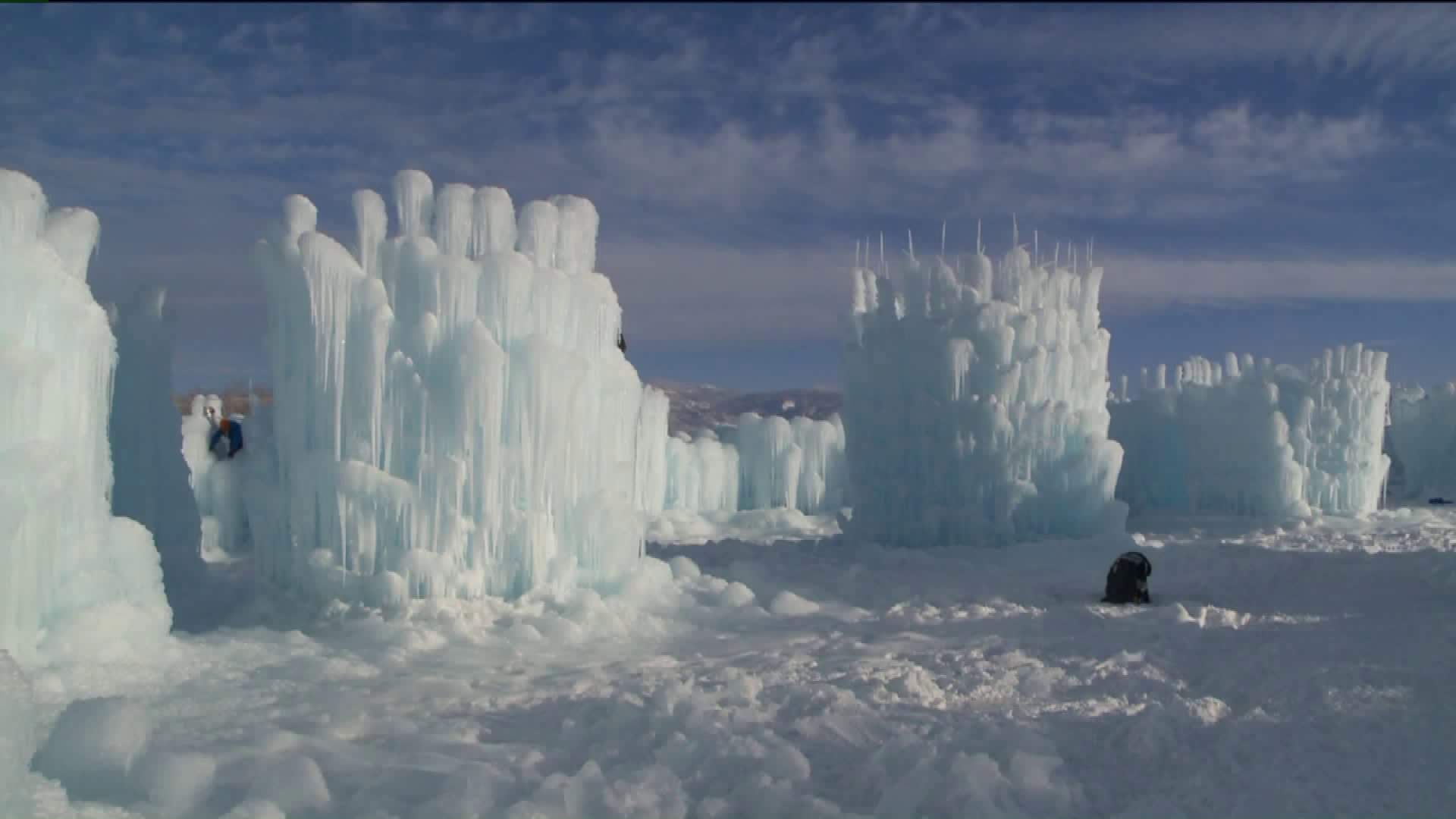 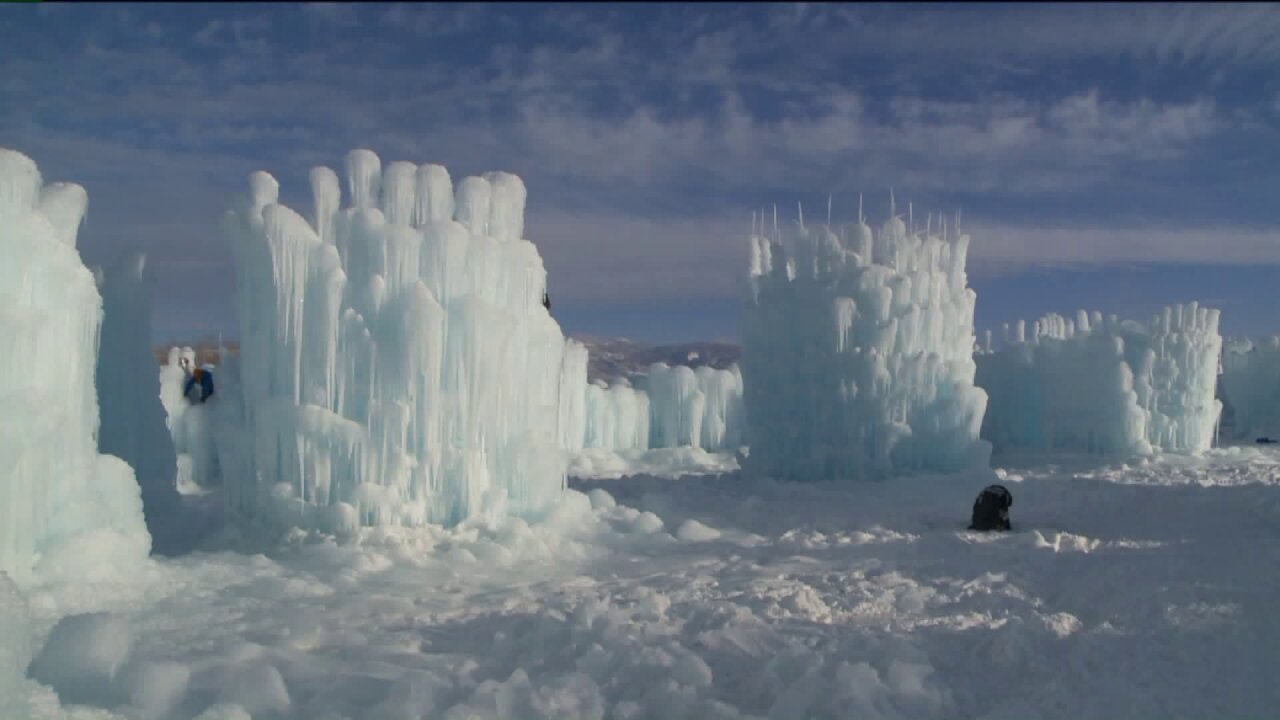 MIDWAY, Utah -- The frigid overnight lows in Midway has allowed for Ice Castles to open the earliest it has in three years.

Relocated from Soldier Hollow to Homestead, 700 Homestead Drive, the public will be able to walk through the maze of ice starting Tuesday night.

On Monday, final preparations were underway to bring the magic of the ice castles to life.

“This is unlike anything that anyone can experience in the world this is a piece of art,” said Jesse Stone Manager of the Site in Midway.

Hundreds of thousands of icicles make up the 20-foot walls, jagged mazes and fountains of the castle.

“We gather them up and stick them to the ice spray them and repeat the process over and over again,” said Ryan Davis Owner of the Ice Castles.

In September they started growing what is now their biggest ice castle yet at their new location, which spans across almost two acres.

“The main reason we moved from Soldier Hollow up here to Homestead is because we have city water,” Davis said.

Instead of using irrigation water like in the past they're now using city water, which makes the ice blue.

“It looks more like a glacier that way so when you go into the maze and tunnels it's very glacier-like experience,” Davis said.

Stone said those who visit are able to interact with the castle as there is a slide, mazes, canyons, tunnels and fountains.

“It gives you experience you can't get anywhere else in the world,” Stone said.

The newest addition is a two-lane ice slide.

The castle not only draws in adventure seekers but sets the scene for several viral videos. The owners say there will be filming at the castles but they won't say what quite yet.

Thousands are expected to come enjoy half of those travel from more than 100 miles away to see.

You can find hours, prices and exact location at http://icecastles.com/midway/