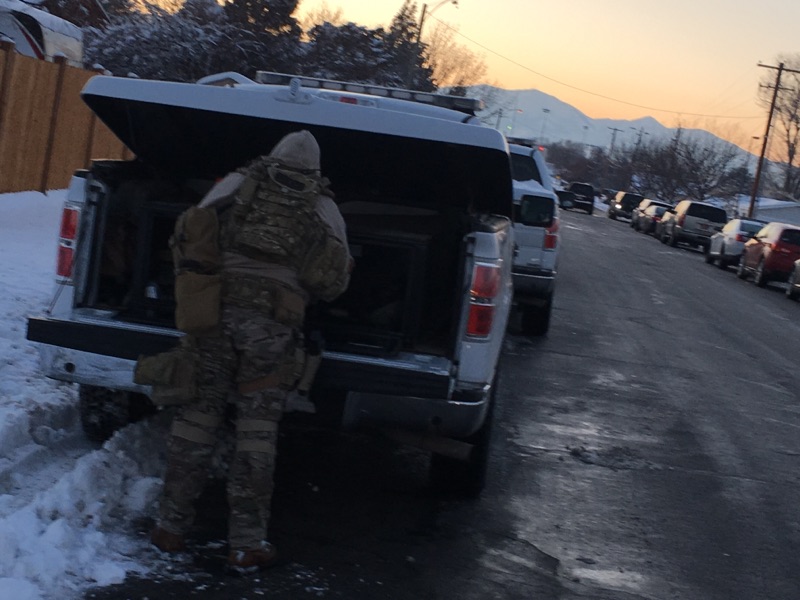 TAYLORSVILLE, Utah — A SWAT team was dispatched to a Taylorsville home Monday afternoon, and they later determined the suspect wasn’t inside.

SWAT was called to a home near 1800 W 5000 S after police received a report of a domestic violence situation.

The alleged domestic violence was reported at about 2 p.m. Police arrived at the home, near 1800 W 5000 S, and made contact with Geraldo Felix Tapia, who they said is a fugitive with Adult Probation and Parole.

Police said Tapia went inside the home, prompting officers to call for the support of a SWAT team.

Unified Police said a Utah Transit Authority bus arrived at the scene to evacuate neighbors living in the line-of-sight of the home. Three homes were evacuated and other nearby residents were asked to shelter in place.

According to a spokesman for the Unified Police Department, Tapia is known to carry weapons and has previously been charged with fraud and possession of a controlled substance.

Police were seen trying to communicate with Tapia via loudspeaker Monday afternoon, but a witness later told police they had seen the suspect jump over a fence.