Fights break out at malls across the U.S. 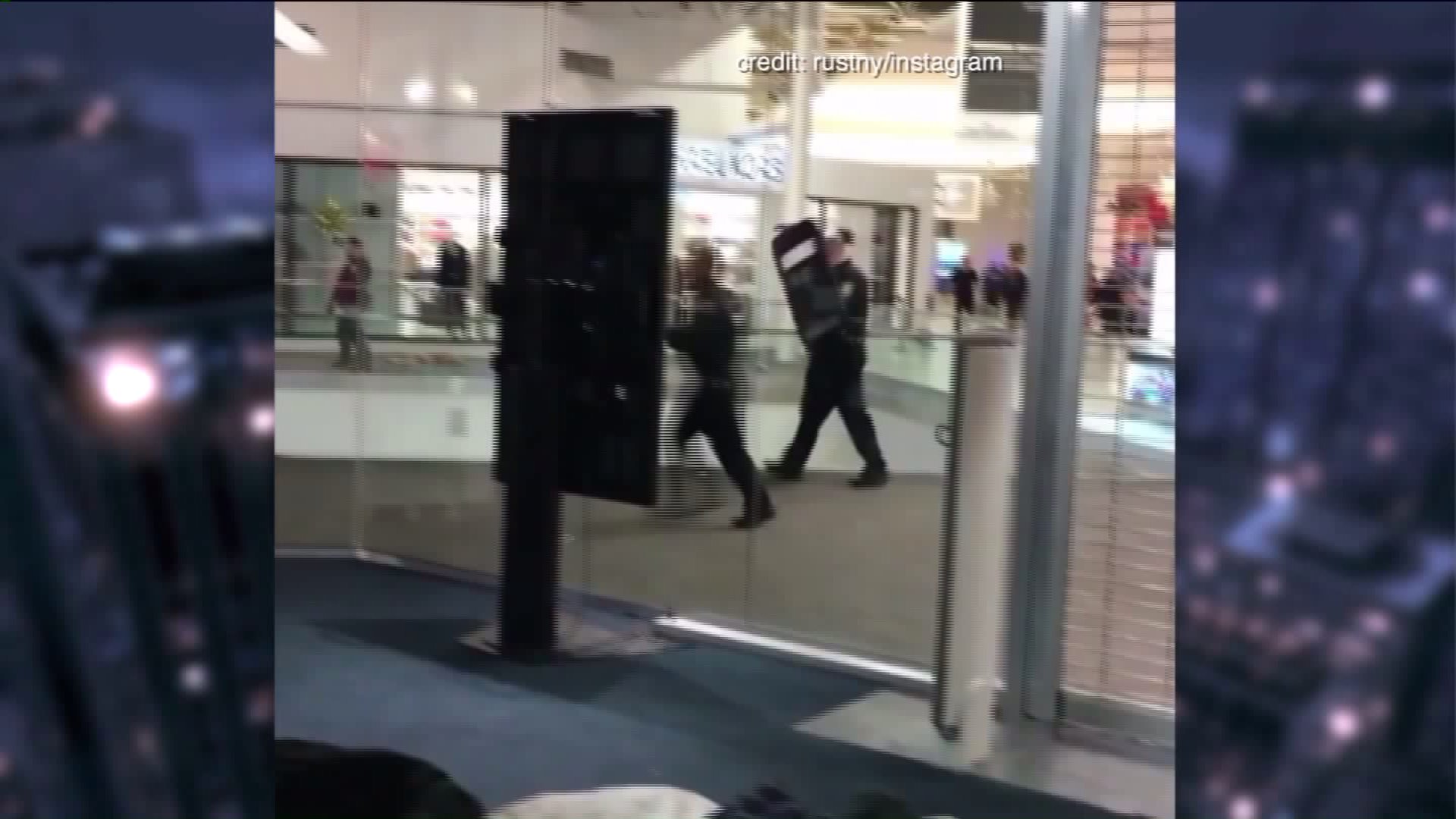 Pandemonium broke out at a New Jersey mall after shoppers thought gunshots were fired. 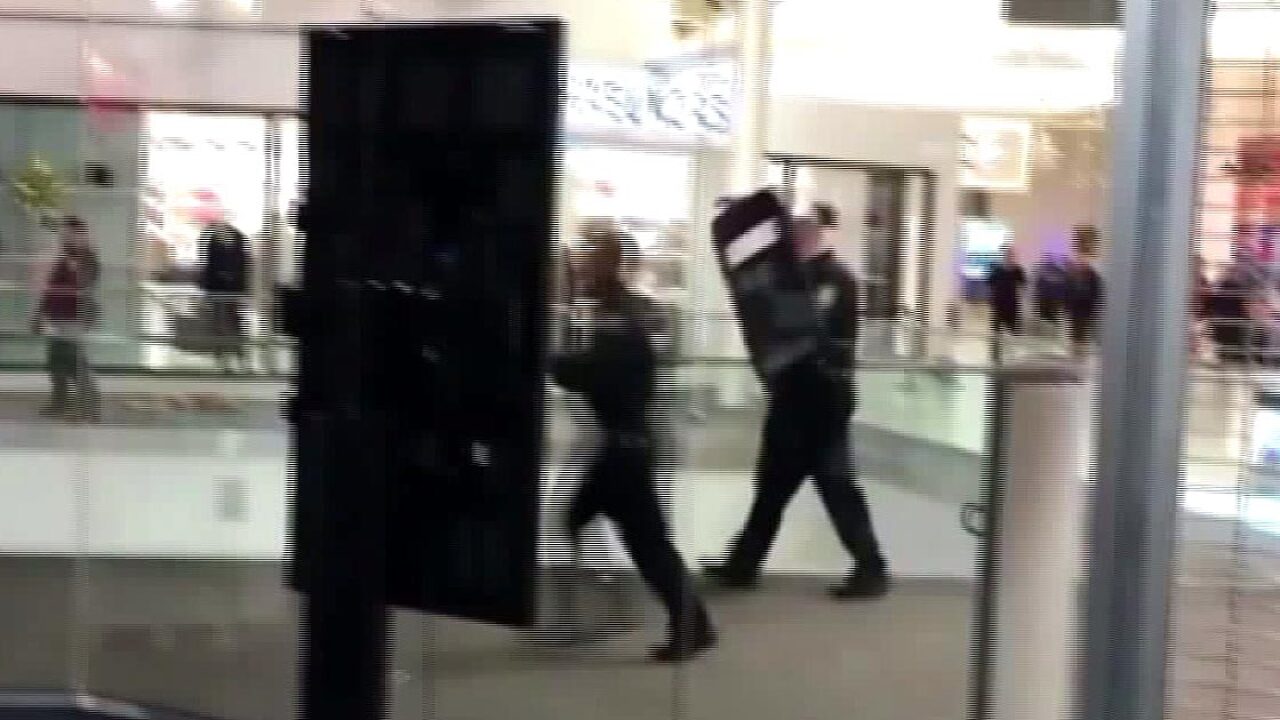 Disturbances that included gunfire, massive brawls and food-court fights played out at more than a dozen malls across the country in what proved to be a chaotic day after Christmas.

The disturbances, some of which were captured on social media, prevented some shoppers from clearing off clearance racks and returning Christmas gifts as they intended.

The mall incidents, which ranged from minor melees to mass evacuations, occurred nationwide from Colorado to Tennessee, Texas to New Jersey. Here's what happened at six of those malls.

It all started with a social media post that promised a fight at the Town Center at Aurora.

Aurora Police Department spokesman Sgt. Chris Amsler said about 100 people had gathered in the food court before the brawls broke out -- prompting the Colorado mall to close early on Monday afternoon..

"(It) kind of morphed into this large disturbance," Amsler said.

When off-duty police officers working as security guards tried to break up a fight, people circled the officers, who called for backup, Amsler said.

As police officers on duty arrived, fights broke out throughout the mall, at a movie theater and at a nearby park-and-ride lot, he said.

He estimated 500 people were involved. Authorities arrested five people, all juveniles, and recovered no weapons, he said. One person assaulted at the park-and-ride lot suffered "significant" injuries and was taken to a hospital, Amsler said.

In Connecticut, several fights broke out at The Shoppes at Buckland Hills in Manchester. Several hundred teens were involved in the various fights, which led to the mall being evacuated and shut down for the evening. It started near the food court with a fight of eight to 10 people, which left one police officer with minor injuries.

Later in the evening, a verbal altercation involving several teens broke out at Westfarms Mall, which sits on the border of West Hartford, Farmington and New Britain. It was in the lower level center court, but was broken up by security before it escalated into a physical fight, police told FOX 61.

Idiots at Cross Creek Mall./RT @BishoptheDon_: bro my first day back to fayetteville and they getting down pic.twitter.com/GaTytfCcgq

It was dumb crazy pic.twitter.com/EB0PEamKez

"Once people start running in that area or chairs are getting knocked over, tables, that sort of thing, that echoes and it could resemble the sound of a gunshot to a lot of people," he said.

The first calls from the The Mills at Jersey Gardens came in just after nightfall Monday. Witnesses said they thought they had heard shots fired. That, along with a fight, led to what Elizabeth police Officer Greg Jones described as a "chaotic panic and everybody running all at once."

Ultimately, though, patrons had mistaken the sound of a chair slammed during a fight for gunfire, city officials told CNN affiliate News 12 New Jersey. Two people, an 8-year-old and 12-year-old, were injured, the station reported.

FOX 8 Cleveland reports that the Beachwood Mall in Beachwood, Ohio, was placed on lockdown due to a disturbance in the food court.

smh they was shooting in Beachwood Mall (Cleveland) pic.twitter.com/I8TjjsUPZB

The security guards had no other choice but to place the Hulen Mall on lockdown. At one point, police told CNN affiliate KTVT, at least 100 people were involved in a series of fights.

Fort Worth Police spokeswoman Tamara Velle said officers initially responded to reported gunfire inside the mall. After breaking up the fights, officers stopped by each store to let people leave while the lockdown remained in effect, KTVT reported.

There were no reported injures or property damage -- thanks in large part to local police, Kelle said.

"You keep hearing the horror stories of the mall shootings across the nations right now," Velle told KTVT. "Anytime we're hearing about a mall shooting and it's the day after Christmas, (where) you have tons of people holiday shopping ... we're going to get in there as fast as we can."

Police said a group started a disturbance in the Wolfchase Galleria food court and started running, which prompted some customers to call 911, WMCA said.

Then a crowd gathered outside Oak Court Mall, about 10 miles west, and started a disturbance, WMCA said. Both malls were cleared and closed early for the night.

Shots were reported in both incidents, but police said they found no evidence of gunfire, WMCA said.