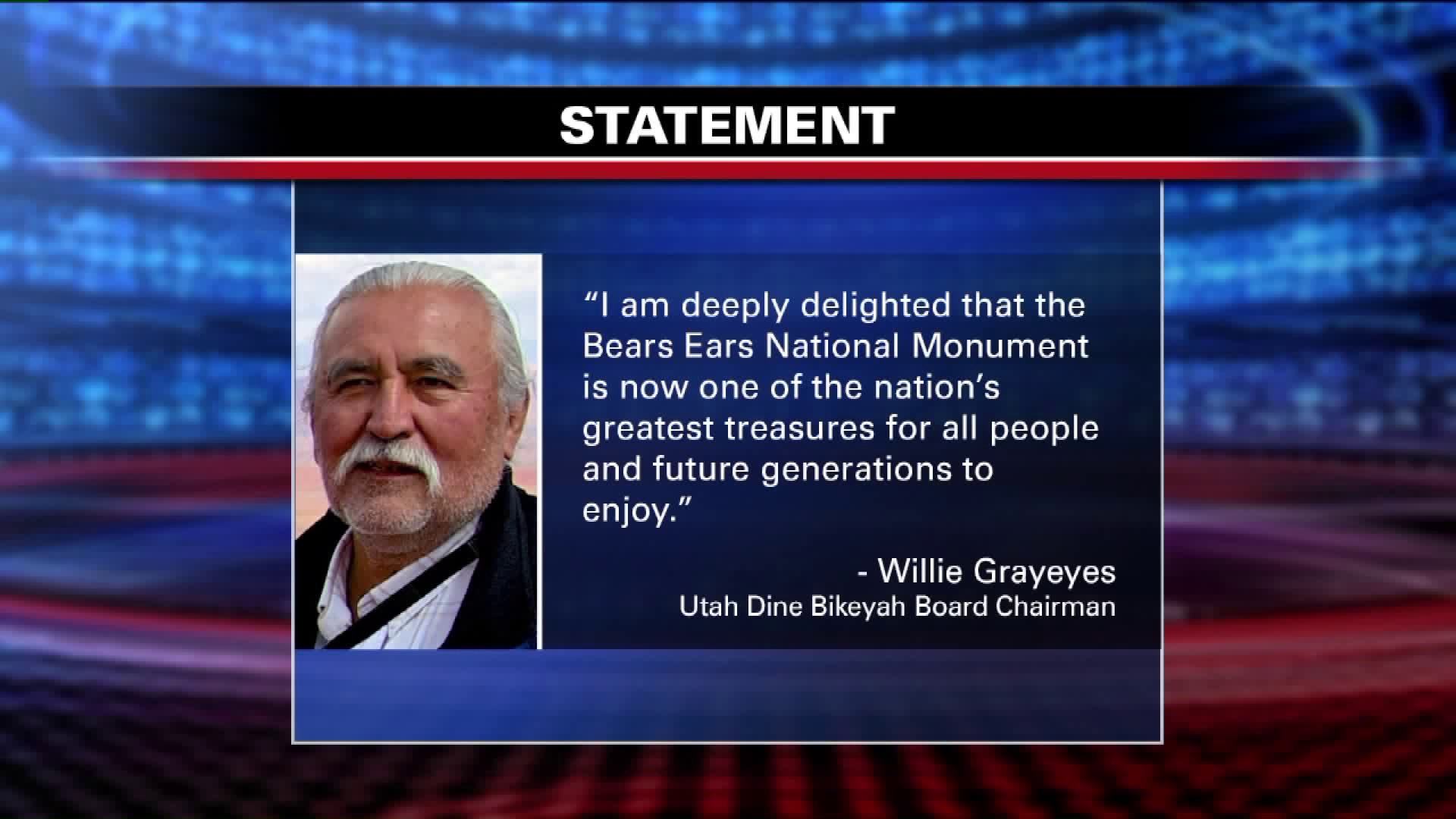 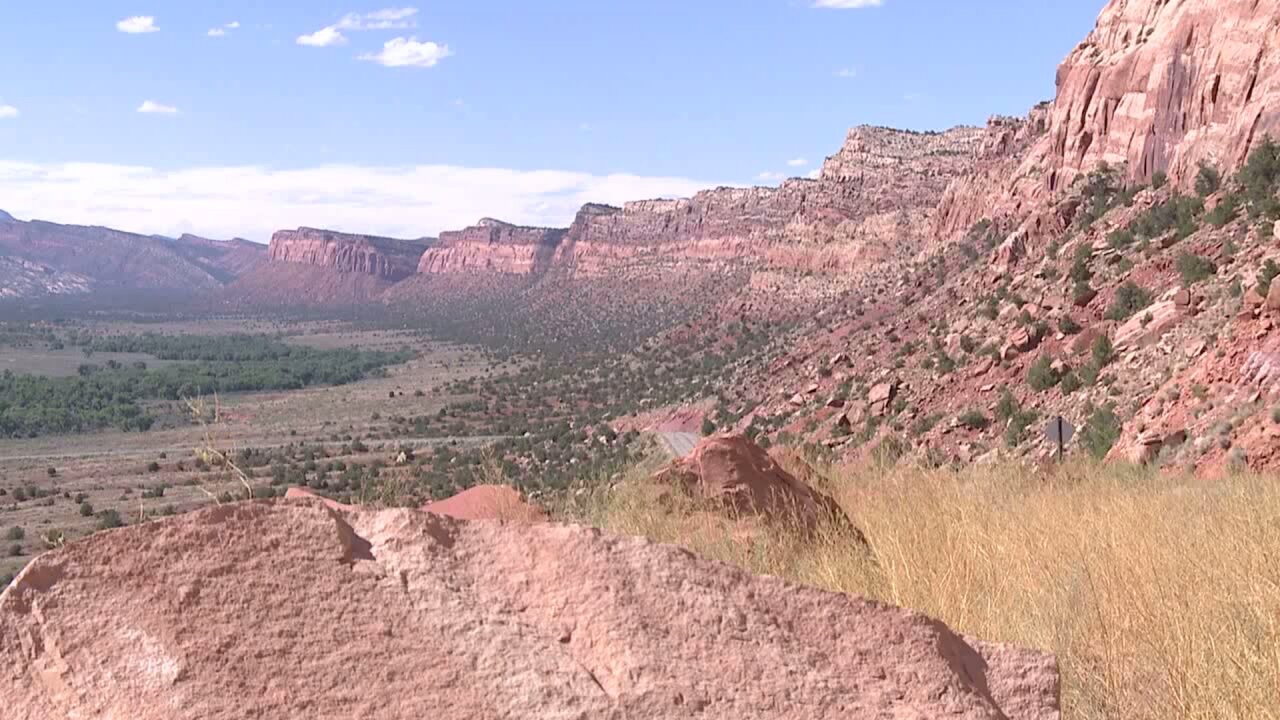 SALT LAKE CITY -- President Obama declared the Bears Ears area of southeastern Utah a national monument Wednesday afternoon, setting aside a chunk of land for preservation against the wishes of the state's governor and congressional delegation, but with the support of environmental and some Native American tribes.

The president also designated the Gold Butte National Monument in Nevada, saying that the two monuments will protect  some of the country's "most important cultural treasures, including  abundant rock art, archaeological sites, and lands considered sacred by Native American tribes."

"Today’s actions will help protect this cultural legacy and will ensure that future generations are able to enjoy and appreciate these scenic and historic landscapes," President Obama said in a statement.

While expected for weeks, the monument designation brought swift condemnation from Republicans on Utah's Capitol Hill and in congress, and cheers from Democrats. Utah Governor Gary Herbert said Interior Secretary Sally Jewell called him personally to tell him the president was going to make a monument designation. At a news conference on Wednesday, the governor said the president was abusing the Antiquities Act.

A map of the Bears Ears National Monument boundaries, courtesy of the U.S. Dept. of Interior.

"I’ve always agreed that there needed to be some protection of that area and what they’ve done is put additional restrictions on it by use of the national monument designation using the Antiquities Act, which probably in my view does not answer the questions that the Native Americans have asked,” he said.

In a joint statement, Rep. Ken Ivory, R-West Jordan; Rep. Keven Stratton, R-Orem; and other members of the Commission for the Stewardship of Public Lands blasted the president.

"Like the unilateral tyranny exercised by the King of England against the American colonies two and a half centuries ago, our President has exercised an unconstitutional unilateral exercise of the Executive power to establish a monument greater in size than a number of the original thirteen states," the statement read.

But Rep. Joel Briscoe, D-Salt Lake City, who also sits on that commission, praised the President.

"We cannot ignore the deeply spiritual aspects of this land, its meaning to those who use it and love it, and its immeasurable worth to people now, and in the future. A monument like this is so much greater than all of us, than any political squabble. Creating the Bears Ears National Monument is the right thing to do, for Utah, for our country, and for our future," he said.

Utah Diné Bikéyah, a group that represents many tribes who support the monument designation, thanked President Obama for making Bears Ears a monument.

"I am deeply delighted that the Bears Ears National Monument is now one of the nation’s greatest treasures for all people and future generations to enjoy. I would also like to express my appreciation to President Obama for hearing our voice and listening to the grassroots people, the unity of tribal governments, and all other supporters who stood by us on this powerful path to healing," Board Chairman Willie Grayeyes said in a statement.

Interior Secretary Sally Jewell, who visited the area earlier this year to get input on any protections, said in a statement that the monument designation would not block existing mineral or oil and gas rights on Bears Ears. She insisted it also gave tribal access to the land, and some hunting, fishing and grazing.

"Today’s action builds on an extraordinary effort from tribes, local communities, and members of Congress to ensure that these treasures are protected for generations to come, so that tribes may continue to use and care for these lands, and all may have an opportunity to enjoy their beauty and learn from their rich cultural history," she said.

The president made the designation while on vacation in Hawaii. In a statement he also announced the creation of a Bears Ears Commission to "ensure that tribal expertise and traditional knowledge help inform the management of the Bears Ears National Monument and help us to best care for its remarkable natural treasures." (Governor Herbert questioned if any "co-management" of a monument could actually happen, saying it can only be handled legislatively.)

Bears Ears is an area that has been the subject of controversy for a while now. Both sides have acknowledged the area needs some measure of protection, but it is the methods of it that have drawn division. Congressmen Rob Bishop and Jason Chaffetz pushed a public lands initiative, opposing the White House's use of the Antiquities Act. His initiative has failed to advance through congress.

The boundaries of Bears Ears National Monument are similar to what Rep. Bishop proposed in his PLI, but Governor Herbert criticized the president's use of the Antiquities Act.

A comparison map by the U.S. Dept. of Interior showing the Bears Ears National Monument boundaries, the one proposed by Rep. Rob Bishop and tribal coalitions.

At a news conference earlier this month, Rep. Bishop said there is a chance President-elect Donald Trump could undo the monument designation once he gets into office. In a statement issued Wednesday, Sen. Orrin Hatch also said he planned to explore the possibility of the Trump administration undoing the move.