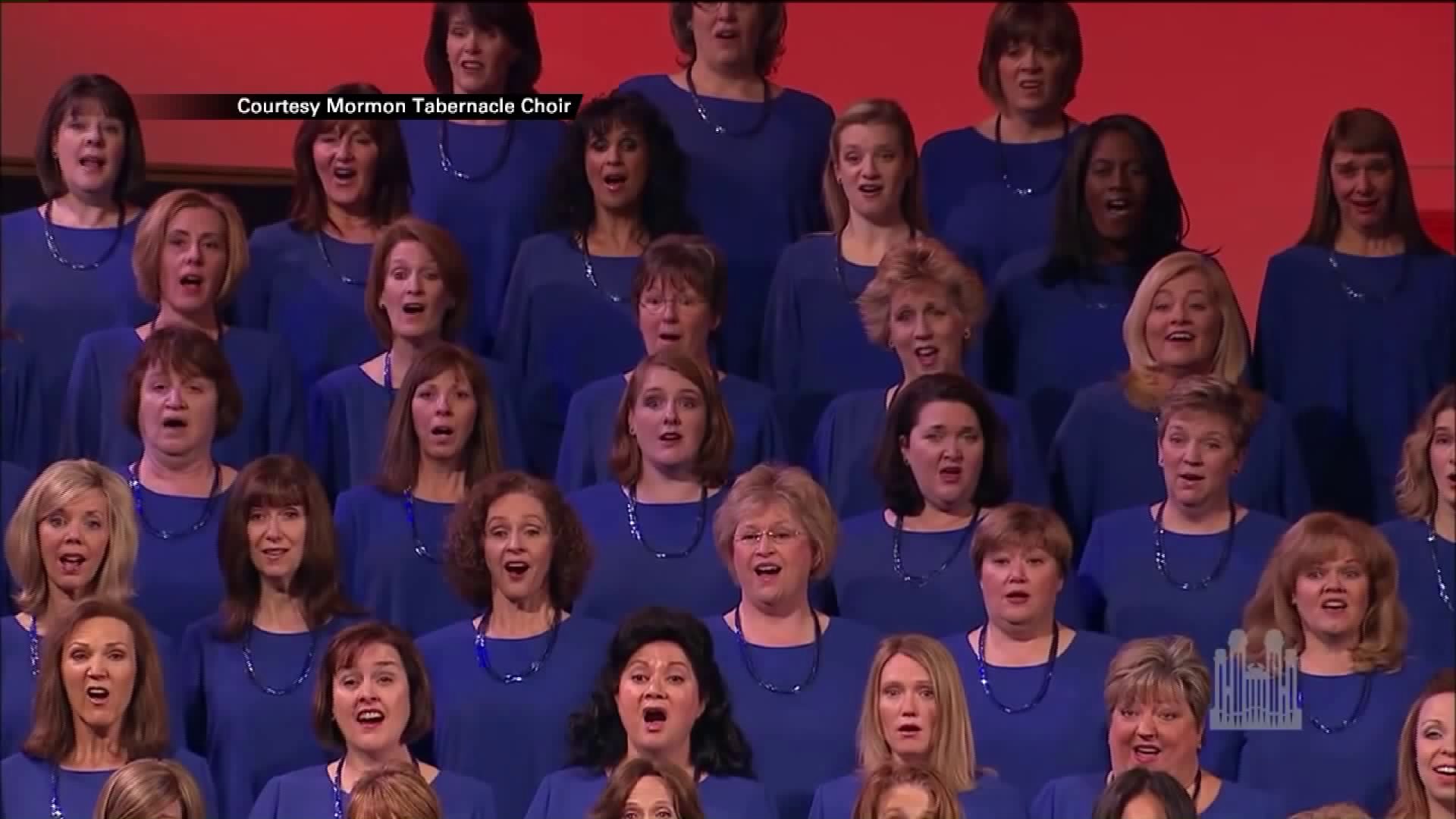 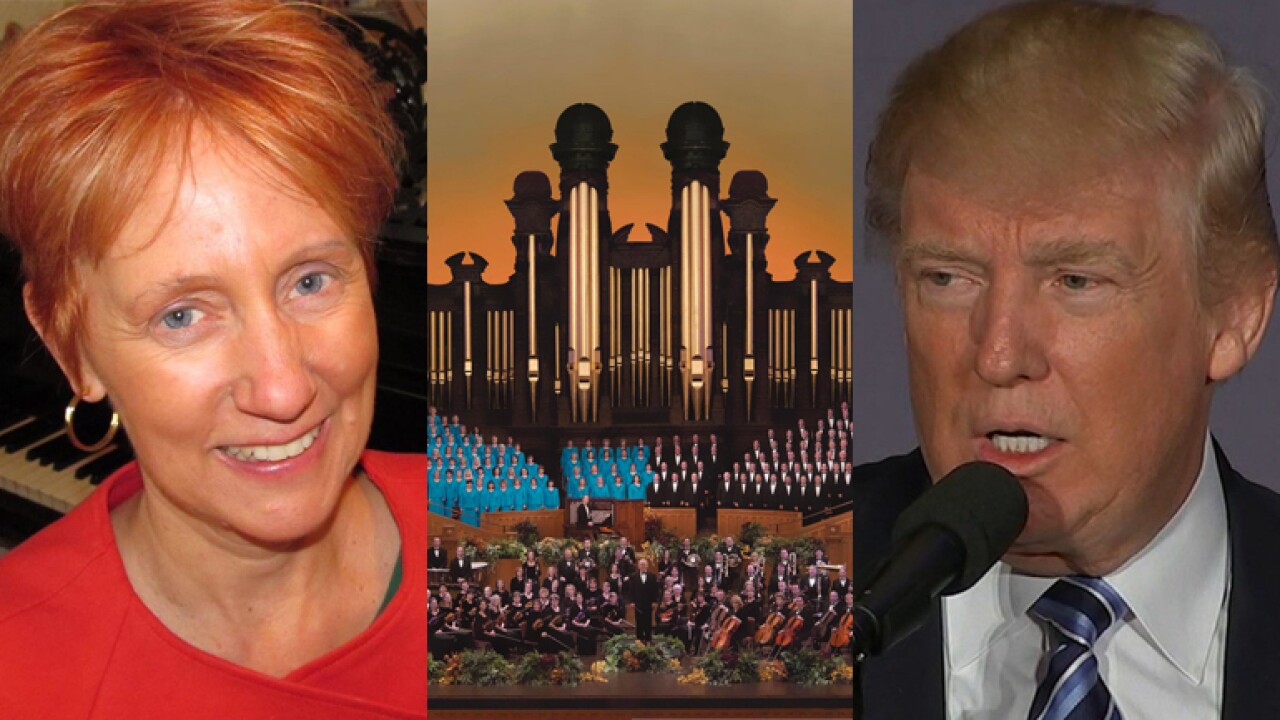 SALT LAKE CITY — A member of the Mormon Tabernacle Choir has submitted her resignation from the choir, saying "I could never look myself in the mirror again with self respect" if she were to perform with the choir at Donald Trump's inauguration next month.

Jan Chamberlin announced her resignation in an email to choir president Ron Jarrett and the rest of the choir. Earlier this month, the choir accepted an invitation to perform at the January 20 inauguration in Washington D.C.

In a statement sent to FOX 13 Friday, a spokesman for The Church of Jesus Christ of Latter-day Saints said participation in the choir, including performance at the inauguration, is voluntary.

"Only a limited number of Choir members are participating (the number is limited by the Inaugural committee), and none are required to participate," the statement said.

Senator Harry Reid has also weighed in, saying in a statement he admires and supports people like Jan who, "reject tyranny and fascism and do what they can to stand up for what is right." Reid, a Democrat representing Nevada, is a member of the LDS Church. See below for his full statement.

In Chamberlin's message to Jarrett and the choir, she expressed concerns that performing at the inauguration will have a negative effect on the public's perception of the choir.

"I love you all, and I know the goodness of your hearts, and your desire to go out there and show that we are politically neutral and share good will. That is the image Choir wishes to present and the message they desperately want to send. I also know, looking from the outside in, it will appear that Choir is endorsing tyranny and facism [sic] by singing for this man," Chamberlin wrote. "And Choir’s wonderful image and networking will be severely damaged and that many good people throughout this land and throughout the world already do and will continue to feel betrayed."

Chamberlin's letter compares Donald Trump with Adolf Hitler, and she said they have used the same strategies.

"History is repeating itself; the same tactics are being used by Hitler (identify a problem, finding a scapegoat target to blame, and stirring up people with a combination of fanaticism, false promises, and fear, and gathering the funding)," Chamberlin wrote. "I only know I could never 'throw roses to Hitler.' And I certainly could never sing for him."

The full statement from Senator Reid is below:

“As I have said before, Donald Trump's calculated decision to appeal to the worst side of human nature led to him running a campaign based on hatred and fear. This type of neofascism has long resided on the fringes of world politics, but it never had a serious following in America.  Donald Trump changed all that.  I have called on Trump to reject hatred and tell his supporters that every person in America has the right to pursue the American Dream, but he has chosen not to do so.

“Donald Trump’s election and coming inauguration are forcing Americans to make tough decisions. Many Americans, who would normally want to celebrate democracy during the inauguration of a new president, feel they cannot do so without also endorsing Trump's racism, xenophobia, and misogyny.  Recently, Jan Chamberlin, a singer with the Mormon Tabernacle Choir, resigned her membership rather than perform at the inauguration, in order to completely disassociate herself with the Trump presidency.  In a clearly worded letter, Jan explained that she could not be seen as endorsing tyranny and fascism.

“I understand completely the difficult choice Jan had to make.  She loves the choir, she loves to sing, she loves to promote the values she holds dear, and she loves her church – the same church that Trump’s top advisor, Steve Bannon, mocked when he ridiculed Mitt Romney’s sons. But Jan refuses to be part of the wave of hatred unleashed by Donald Trump. She should not be castigated or repudiated for acting on her sincere beliefs.

“In the Trump era, many Americans will have to make equally difficult decisions.  I admire and support the people like Jan who reject tyranny and fascism and do what they can to stand up for what is right.”