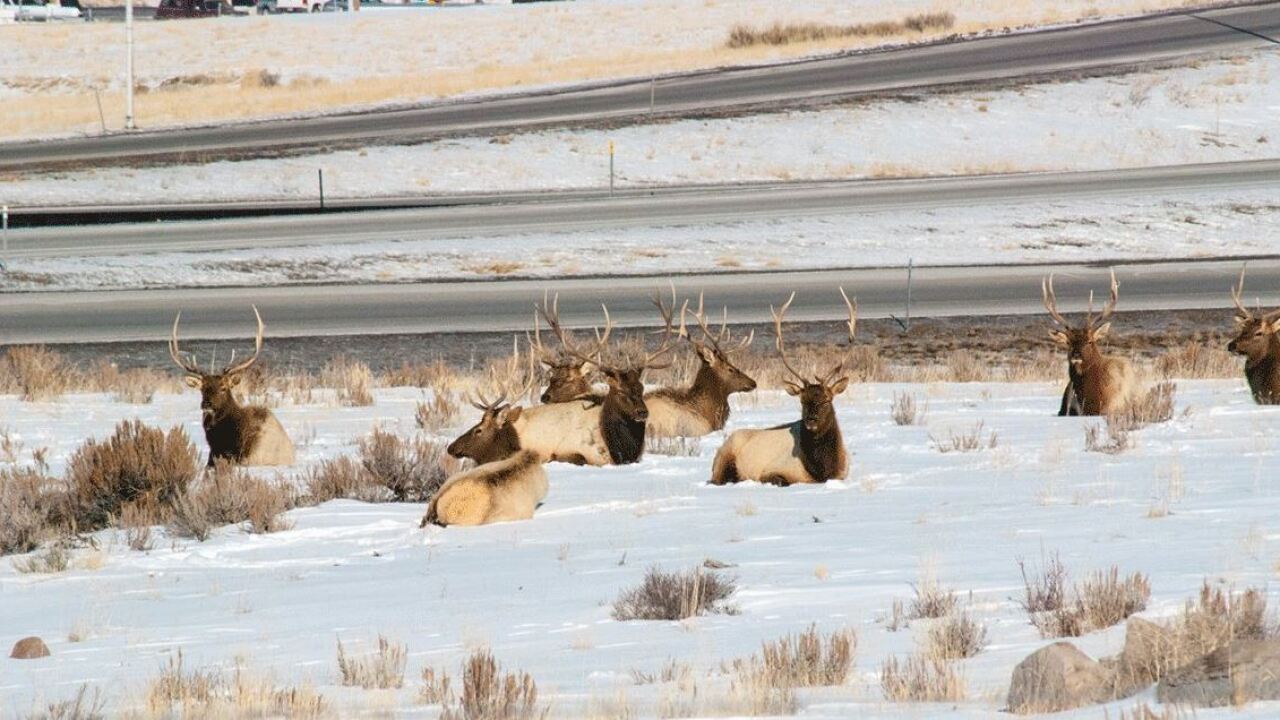 Elk near I-80 in Summit County December 31, 2016. Image courtesy Utah DWR via Twitter

Elk near I-80 in Summit County December 31, 2016. Image courtesy Utah DWR via Twitter

SUMMIT COUNTY — Some drivers in Summit County got an eyeful of nature and a brief delay Saturday when several elk that were hanging out near I-80 got on the road, prompting a short closure.

The Utah Division of Wildlife Resources tweeted a photo of the bull elk near the 40 interchange on I-80 in Summit County Saturday. According to UDOT, the elk caused a closure on eastbound I-80 for several minutes when they moved onto the road itself.

There were no injuries associated with the incident, and traffic began flowing again a short time after the elk moved on and the closure was lifted. See the tweet below from the DWR for a look at the elk.

When you live in #Utah, you see #wildlife! These bull #elk were hanging out near the I-80/Hwy. 40 interchange today. pic.twitter.com/4y2D9sRitl